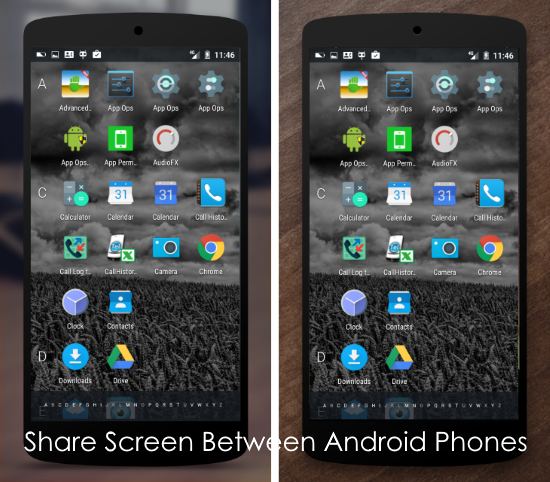 Now, let us take a look at the apps using which you can share your Android screen with other Android users. 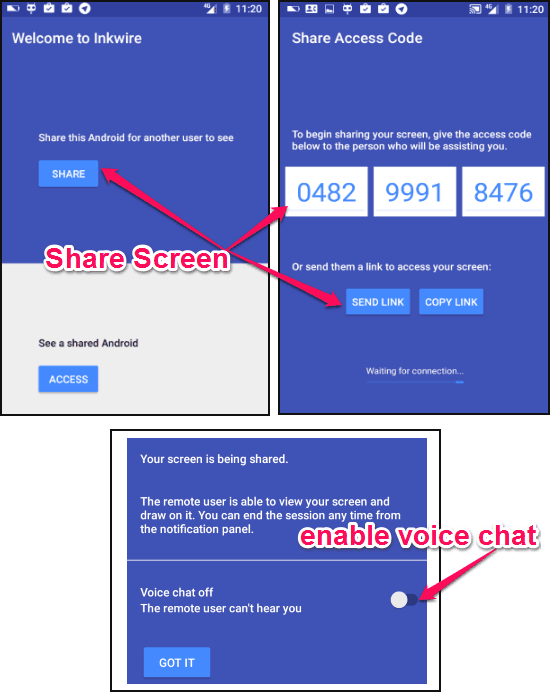 Step 1: First, you need to simply install and open up the app on your Android phone. After that, you will see a “Share” button on the main screen which you need to tap to proceed.

Step 2: When you do that, it will automatically generate an access code and unique URL. You can either share the access code or the URL to invite other Android users for getting access to your screen sharing. Remember, the users with whom you’re sharing the access code or URL will also need to have this app installed on their phone or else clicking on the URL will redirect to the Play Store for downloading the app. If anyone opens the shared URL on PC, then Inkwire will use “Vysor” to connect and let the user see the screen activities.

How to Share Android Screen With Other Android Users using Team Viewer: 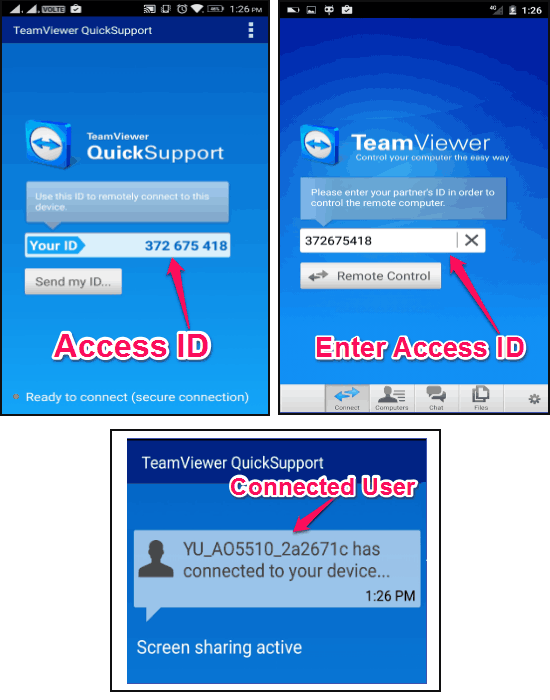 Step 2: Simply share the access ID with the user with whom you want to share the screen. Now, what the user need to do is open up the “Team Viewer” app and then enter the access ID in the “Your Partner’s ID” field.

Use Remote Control – oneAssist to Share Screen with Other Android Users: 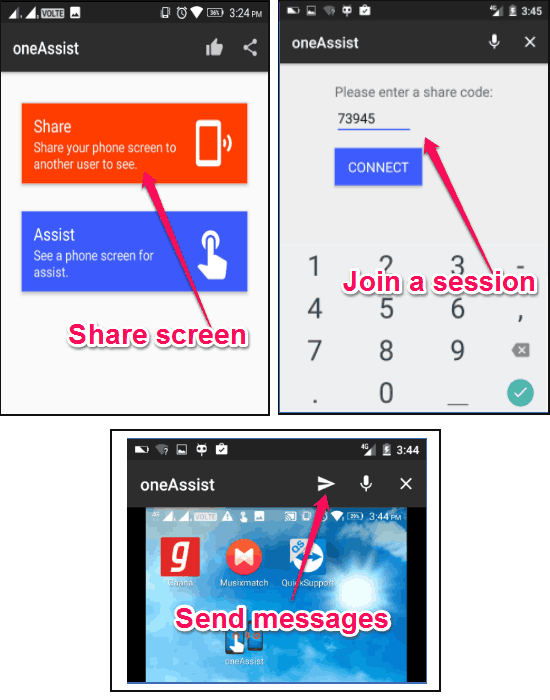 Now, let me show you how to use this app for sharing Android screen.

Step 1: First, open up this app on your Android phone and then tap on the “Share” button on the main screen. As soon as you do that, it will generate a code which can be used to let other Android users join your screen sharing session.

Step 2: Once any user gets the access code, the user can simply open up “Remote Control -oneAssist” app and enter it under the “Assist” section. When the user does that, the screen sharing will start and your Android screen activities will be visible to the user. You can also chat by speaking anything while sharing your screen if you have enabled the “Mic” option on the code generation screen.

Step 3: The best part is that the connected user can tap on the “Send” icon at the top the screen and send a text message which will appear on the screen of your Android phone. Apart from that, wherever the user touches on the screen will be highlighted with a “Hand” on your phone.

How to Use Screen Share for Sharing Android Screen with Other Android Users:

Screen Share is another useful Android app which can also be used to share your Android screen with other users who are also using Android. As per the description on the Play Store, it allows you to share your screen with multiple Android users at the same time who are using the same Wifi network. But, I was only able to connect a single device and when I tried to connect multiple Android phones it failed to do so. You can either share your screen via the Internet or share with Android phones on the same Wifi network. However, the Internet sharing option is limited to only 360 seconds (in total) in the free version, but the Wifi sharing is unlimited. That means you can share your Android screen for as long as you want with other Android users on the same Wifi network. Similar to Inkwire Screen Share, this one also supports voice chat. 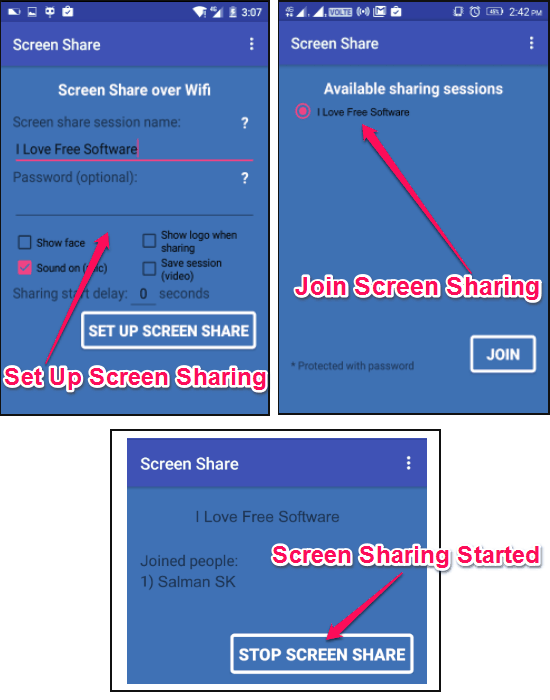 Now, let me tell you how to share your Android screen with others using Screen Share app.

Step 2: After that, you need to simply tap on the “Set Up Screen Share” button to proceed. Now, all the other Android users who are on the same Wifi network as yours will be able to see your session name under the “Join WIFI Share” option.

Try out these apps and let us know about your favorite one in the comments section below.