Dublr is a free Android app to dub your own voice over popular videos. Similar to another app called “Lipp“, this one is also the opposite of Dubsmash and lets you add voice to videos instead of recording videos over voice. The app database comes with more than 500 predefined videos which you can use for dubbing your voice. However, it also allows you to upload and dub your own video clips from the gallery.

To dub your voice over videos, all you got to do is choose a predefined video clip or upload your own, press the “Record” button, and start saying anything you want to dub. While recording you can always preview the video in order to perfectly dub or sync your voice to the videos. When you’re done dubbing your voice overs video clips, you can directly share them with others via Facebook, Twitter, Instagram, etc. 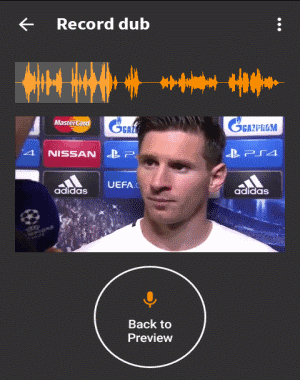 How to Dub your Own Voice Over Videos on Android:

Step 1: After launching the app, you will see 2 different tabs on the Home screen as My Dubs and Me. All the videos which you’ve dubbed will be visible on My Dubs tab. At the bottom of the Home screen, there will also be a “+” button which can be used to choose predefined video clips or import your own. 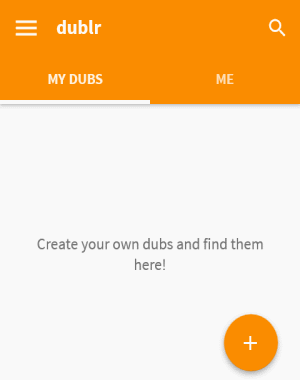 Step 2: Simply, tap on the “+” button and you’ll see two different options named “Create Own Clip” and “Use a Template”. The first option can be used to upload our own video clips from the gallery and the other option will let you explore and use predefined videos. 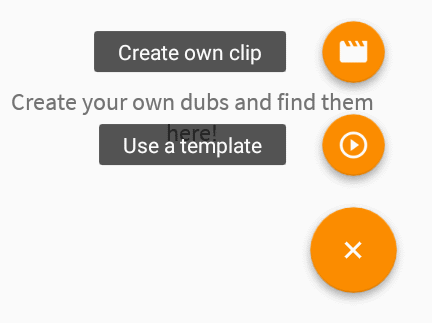 Step 3: When you choose the “Create Own Clip” option, it will ask you to select a video from your gallery. After that, the editor will open up where you can trim the video clip before you start dubbing it. Once you’re done with trimming, simply hit the “Arrow” icon at the top to proceed. If you want the trimmed video clip to be saved in your Dublr account, then before tapping the “Arrow” icon, make sure you enable the “Upload” button. 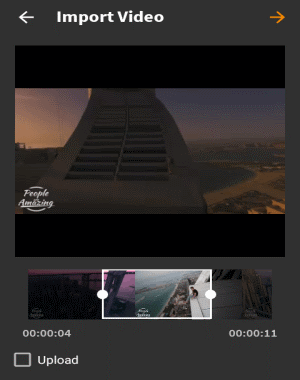 Step 4: If you want to use any of the predefined videos instead of uploading your own, then choose the “Use a Template” option after tapping the “+” button on the Home screen. You can scroll down on the screen to find your favorite video or use the search function to do the same. 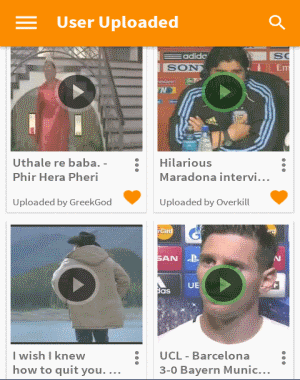 Step 5: After finding a video clip which you want to dub, simply tap on it and the recording screen will appear. You’ll see a “tap to Dub” button at the bottom of the screen and the video waveforms at the top. To start dubbing your voice, tap on the “Tap to Dub” button and start speaking out whatever you would like to record. Another useful feature of Dublr is that while dubbing voice if you feel like that you’ve done a mistake then you can tap the “Back to Preview” button to listen to the audio carefully and start dubbing from the point where you’ve done the mistake. 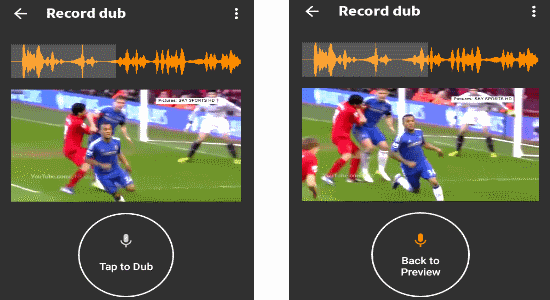 Dublr is a very interesting and addictive app that allows you to dub your favorite movie scenes, comedy videos, popular dialogues, sports commentaries, etc. with your own voice. So, start using this app to create and share hilarious videos with your voice-over.