In this tutorial, I will explain how to restrict users from running specific applications in Windows 8.

As we know, there are various types of accounts in Windows 8. Each account has a different set of permissions. However, Administrator can alter the default permission settings as per their preference, without the intervention of the specific user.

How To Restrict Users From Running Specific Programs In Windows 8:

Step 1: Use gpedit.msc in the Run box, to open the Group Policy Editor.

Step 2: In the Group Policy Editor, go to “System”, by using the below path:

Tap on System. On the right side of the editor, you will see different settings. 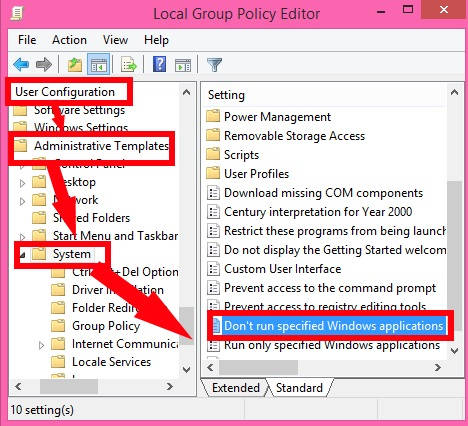 In the popped window, click on “Enabled” radio button. 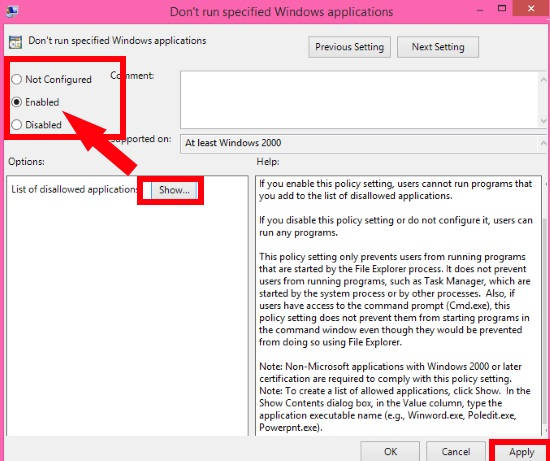 Step 4: Below the Enabled radio button, look for a “Show” button that says “List of disallowed applications”. Click on Show button. A new window, “Show Contents” will appear.

Step 5: Now, add the executable name of the files for which you want to restrict various users in the box.

For example: If you want users not to use Paint.Net program, then add “PaintDotNet.exe” in the Value column. 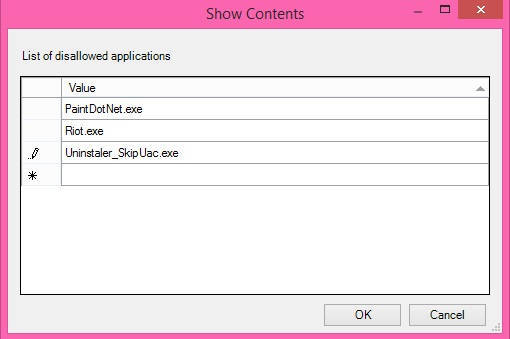 Note: Programs that are started by System Processes, like: Task Manager can’t be restricted.

Add as many programs as you want, then click on OK.  Close the Editor.

Update the Group Policy Editor, by using the gpupdate /force in the Run, or restart your Windows 8 PC.

Whenever any user will try to access those specific programs, restriction dialog box will appear.

How To Restrict Users To Run Only Specified Programs In Windows 8:

In the System, you will find a setting that says “Run only specified Windows application”. Double click on it. 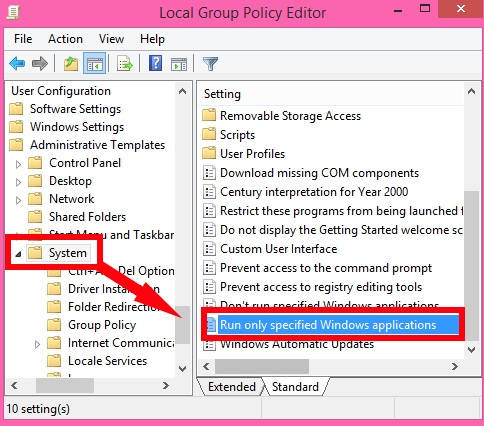 Now, click on Enabled radio button, and then on Show button,

As explained above, add the exe files of the various programs, to restrict the users to run only those specific programs instead of any other.

Use any method to restrict users to some specific programs only.