Hydrogen Advanced Machine is a free drum programming software for Windows. It allows you to produce excellent drum beats to accompany your music. It supports a set of stunning drum beats implicitly such as Kick, Snare, Crash, Open HH and many more. Hydrogen also allows you to change the attributes of each and every beat in a pattern such as gain, pitch and resonance. You can add unlimited patterns and apply them to your song, there is no limit for that. And once finished you can export your composed music to various audio formats including WAV, MIDI, AIFF, FLAC or OGG. 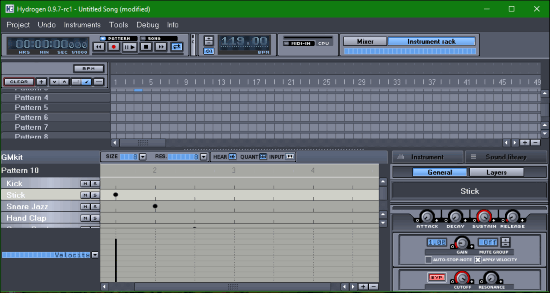 It is a cross-platform software available for Windows,Linux, and Mac. It has a very intuitive user interface with very powerful tools such as Song Editor, Pattern Editor, and Mixer.

Let’s go over some of its features:

The song editor allows you to arrange the beat patterns to create a full length track. Each blue rectangle denotes a single pattern and you can add unlimited patterns to the song. Song editor also allows you to add same pattern multiple times. It helps you obtain the overall music that you have composed. It also allow you to cut, copy, and apply a loop on different patterns.

To add beat, just select it from the list and insert it on desired bar of the editor by ticking on it with the mouse, you can add up to 192 such ticks per pattern. 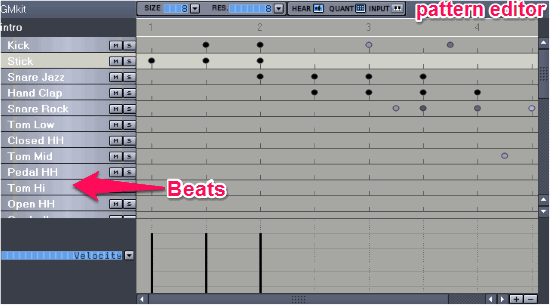 Hydrogen’s work is not limited to just compose music and edit beats and patterns but it also allows you to compose your music with full sound equalizing and enhancements. With mixer you can adjust volume level of each note in the pattern.

The adjusters positioned on the right of the mixer can greatly add the “realism” factor to your beats. These adjusters introduce slight deviations on the timing, hit velocity, and swing that make the composed music like it’s played by a real drummer.

Hydrogen is loaded with all the instruments of a drum kit; you can see it in the left side of the pattern editor. Select a pattern from the song editor and edit it by applying various drum beats in it. You can edit, delete, rename and customize instruments list in a particular pattern. 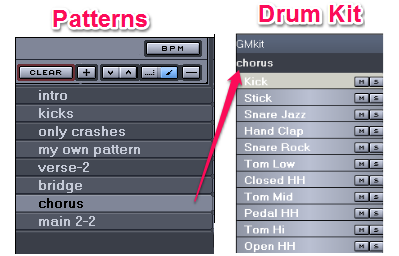 After all the editing and enhancement stuff, you can save your project to a Hydrogen project (.h2song) file for later use or, you can export it to a sound file that can be played in your favorite media player.

Hydrogen lets you save your composed song in various formats according to your need. It allows you set desired bit rate and sample rate for your newly composed song. 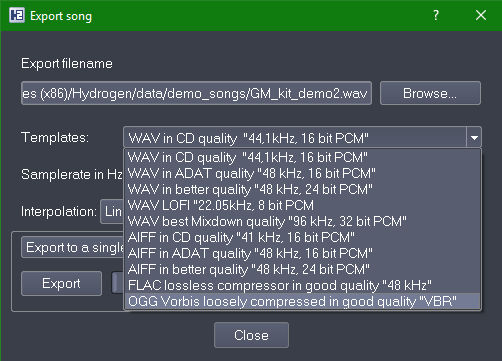 I have been using Ordrumbox for a while to edit and play drum beats on my PC, then I came to know about Hydrogen’s open source drum machine software. I like this software very much and found it is very powerful tool to create and compose music with drum sounds.

If you are looking for such a drum programming software, download it from the link given below and I assure you that it won’t disappoint you.

Get Hydrogen from here.