Snow World is a free Windows 10 action defense game app where your snowmen has to defend its castle from the enemy penguins. The story behind this game is that there was a magical snow crystal which gave life to the snowmen, now the evil penguin king is trying to steal it, so he can use his evil powers to control everyone.

The Windows 10 action defense game app can be downloaded from the Windows 10 store or from the link given at the end of this article. When you start the app you will come across a screen like the one seen in the screenshot below. 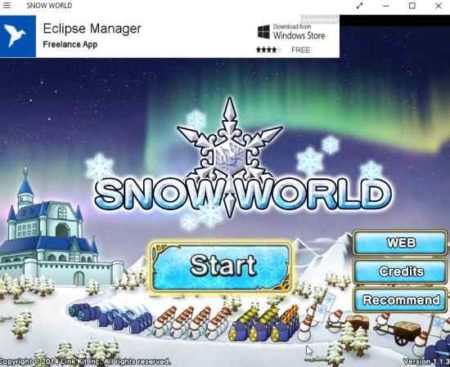 As you can see that the app is ad supported. At the beginning of the game you would asked to download game pack necessary to start this game. Click yes to download. Then when you click start button on the above screen, you will be asked to enter a player name. After that you will be shown a level screen from where you can start the game.

Before the game starts you are shown a tactics screen, like the one given in the screenshot below. 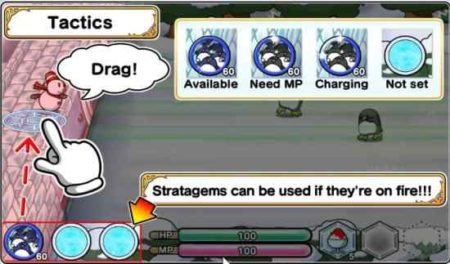 This shows how you can hit the enemy and call for more help. After this screen comes the game play screen, as shown in the screenshot below. 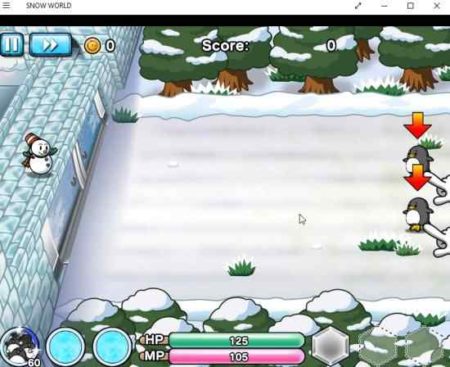 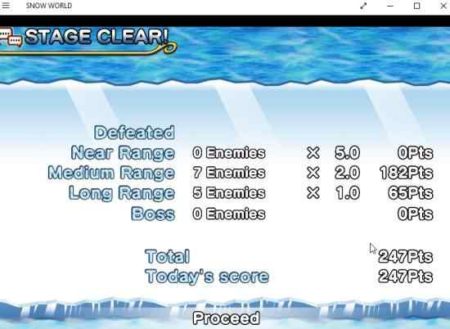 After winning a level, you will be shown a level up screen like the one shown in the screenshot above. A star rating will be shown after this screen as well along with the number of coins and diamonds you earned.

After clearing a level you can use the coins you earned to upgrade your powers. 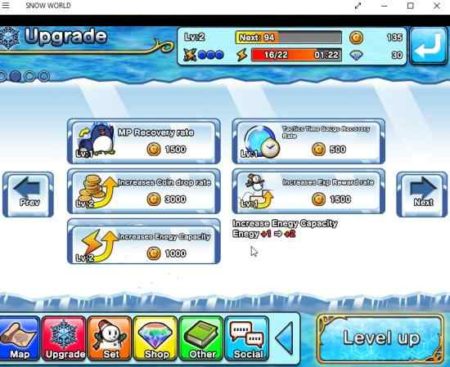 You can upgrade powers like power, agility, number of soldiers, recovery rate, coin drop rate, energy capacity, etc. Upgrading these will help you a lot in your next battle with the penguins.

Snow World is a fun game to play with the cute penguins and snowmen. Who could have ever thought that such cute penguins could ever be evil. The game play and controls are easy to understand. Just take your aim and shoot the penguins to defend your castle. Don’t let the penguins get too close to your castle. Use tactics to help snowmen defend their castle.