This article covers a free web app to create deep fake videos from any images for free. As the name implies, the deep fake is fake media that is synthetically created by replacing a person in an image or video with someone else. Deepfake technique creates a mask of the person and analyzes the source media in depth including the movements and features. Then another person is applied on top of that to mimic that.

There are many tools for making deep fakes most of which are resource extensive and not available to everyone. But lately, some apps applied deep fake techniques in a fun way for entertainment purposes. MyVoiceYourFace is one such web app that allows you to play around with the technique. You can upload a headshot video of a person to this app and then upload a still photo to apply on that video. Let’s check it out in detail. 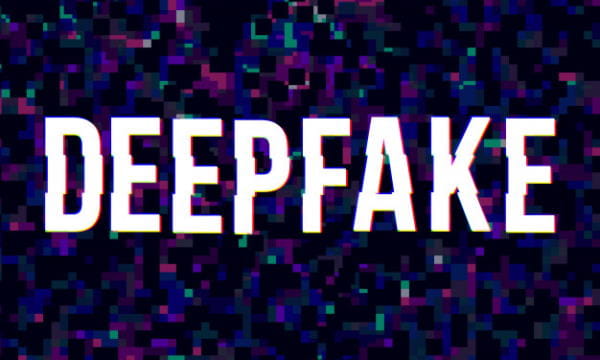 As the name suggests, MyVoiceYourFace allows you to create deep fake videos by applying a still image on top of a source video. It keeps the audio and mimics the moments in the video. All you have to do is upload the video an image to the app.

It is very simple but there are some conditions and you have to comply with those to have better results. The video you upload should be a headshot of a person speaking. The same goes for the image as well. If that not the case, it’s recommended to crop both, video and image to have the headshot only. This makes it easy to create a deep fake compared to having a full person or multiple people. Another condition is that there should not be much head movement in the video, slight movement, and eye-rolling it can handle but no rotation or rapid movements. 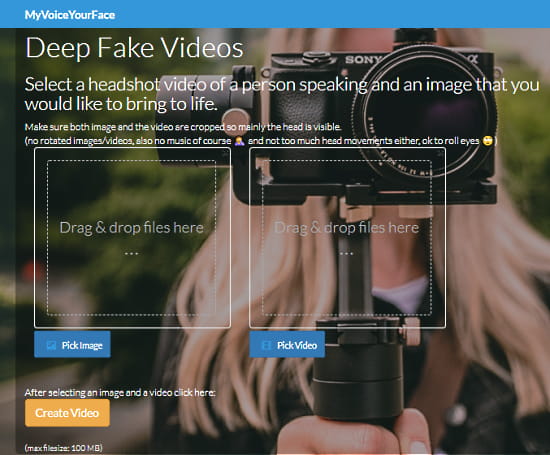 If your video complies with those condition then you create a deep fake with it. Simply open the app on the website and upload your image and video there. Do note that the maximum size of both media combined should not exceed 100 MB; the app can not process any heavier files than that.

When you upload your media, the app takes a moment to process and analyze. Then it creates a deep fake video with those which you can download. The quality of the deep fake mostly depends on the combination of your video and image. Here is an example of the output of the app. Both the input media were as per the guidelines. As you can see, it applied the female face on top of the source male face in the audio. It kept the head small head and eye movements along with facial expression, lip-syncing, and audio.

MyVoiceYourFace is fun all to play with the concept of deep fakes. The results of the app totally depend on the input media. It can get decently good with media that comply with the guidelines but it’s no way near the point where it can trick someone which is a good thing in my opinion. This app is for fun and entertainment purposes and I hope you use it for the same.