8 Ball Pool is a free iPhone pool game which lets you play against real players from around the world. The game has cool graphics and realistic sound of cue hitting balls or balls hitting each other. The game consists of various real players which vary in pool playing skills and give you a tough challenge. You can choose to play against them in either 1-on-1 matches or in tournaments. While playing the game, you competes against various opponents, some with skills lower than you, equal to you or even higher than you. You can also send messages to your opponent in middle of a match. This diversity of the game makes it quite interesting and addictive.

For winning each of the match or tournament, you are awarded with preset amount of virtual coins. You can use these coins to either play higher level tournaments or to customize your cue and table from Pool Shop. The 8 Ball Pool game lets you link your Facebook/Miniclip account with it. This way you can also challenge your friends and compete against them. Other than this, there are lots of achievements and rewards for you to unlock while playing the game. 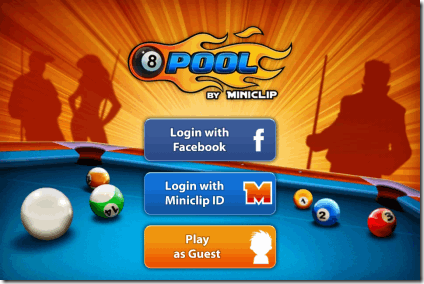 The gameplay of 8 Ball Pool iPhone game is similar to the real standard 8 ball game variant of pool. The game consists of cue, cue ball, both solid and striped balls with your aim being to collect the those 7 balls first which were assigned to you. You have to hit your shot in a pre-defined limit of time. If you are not able to so, then you opponent gets the turn to hit the ball. Whichever player collects his assigned all the 7 balls first is declared as the winner. You can also opt to leave the game in the middle if you want to, but in that case, your opponent is declared as the Winner. 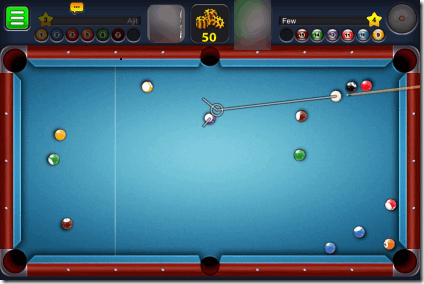 When you will launch the game, you can choose either to link Facebook/Miniclip account or even play as a guest. On the home screen, you will see the following game modes: Play 1-on-1, Play Tournament, Play Minigames, Play with Friends, and Practice Offline. 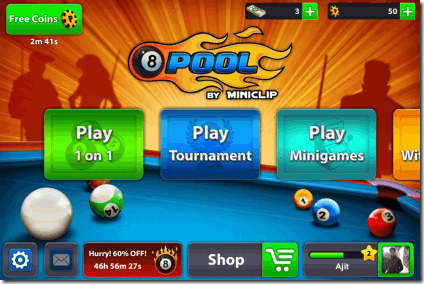 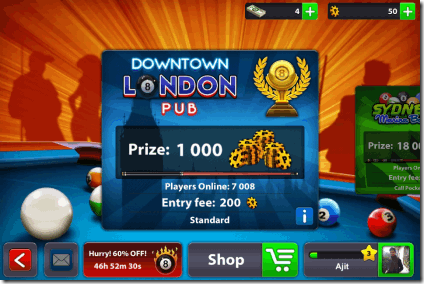 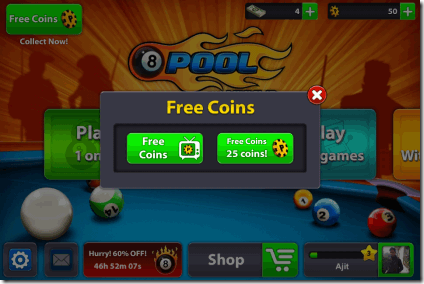 You can also win virtual coins for free without playing matches. To collect free coins, tap on Free Coins option at top left. You will see two options: Get Coins by watching video and Instant Coins. The first option is to collect coins by watch videos while the second option provides you with instant free coins. But you have to wait for a certain period of time after collecting them. The game keeps a fixed interval of time between two successive collections of instant free coins. If you have collected a large number of coins, then you can use them to customize your cues, buy chat packs, powers, pool coins, etc.. 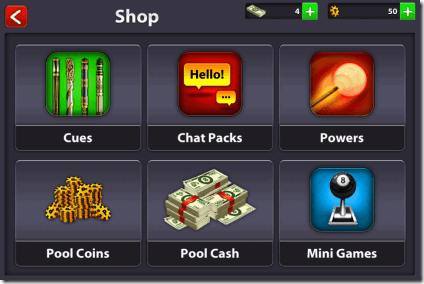 You may also like these 5 free Android pool games for free reviewed by us.

8 Ball Pool is a really cool iPhone pool game which will give you a feel of playing the pool in reality. Playing the game against real opponents makes it even more interesting, as you get to face different levels of difficulty. I also liked the feature of playing against your Facebook friends. If you are looking for a fantastic pool game for your iPhone, then do give it a try.