Here are 5 free voice assistant apps for Android. Using these apps, you will be able to perform various actions on your phone by giving voice commands. After opening these apps, you can talk with their integrated AI and ask them to do actions like turn on Wi-Fi, make phone calls, send SMS, get weather forecast, do mathematical calculation, and so on. Some of these apps are very advanced and can do almost all the system operations as well as basic tasks like creating notes, setting reminders, etc. The voice commands which you will use to make these app do tasks are not some special commands, but instead they will be like if you’re speaking with someone and asking them to do tasks.

Nowadays, all the Android phones do come with Google Now or Google Assistant which are also very effective personal assistants. But, if you don’t want to use them anymore and looking for some free alternatives, then using any of these voice assistant apps is probably the best option for you. 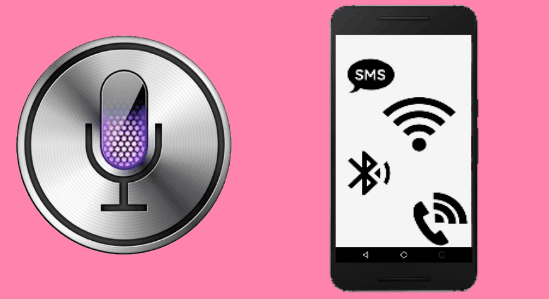 If you’re looking for something similar for iPhone, then check out our post on Voice Assistant App to Control Your Favorite Apps [iPhone].

Now, let us get started with the voice assistant apps.

Cortana by Microsoft is probably one of the best free voice assistant apps for Android. It can assist you to perform various tasks on your phone automatically just by giving voice commands. After you install and open the app, it will ask you to sign in using Microsoft credentials. Once done, you can start giving voice commands by pressing the “Record” button. You can also add Cortana to the Android lock screen and use it directly without unlocking your phone. You can tell Cortana to perform any task you want and then it will do that instantly (if supported). Currently, this app is in beta and hence doesn’t support some device-based actions like enable/disable Wi-Fi, etc. 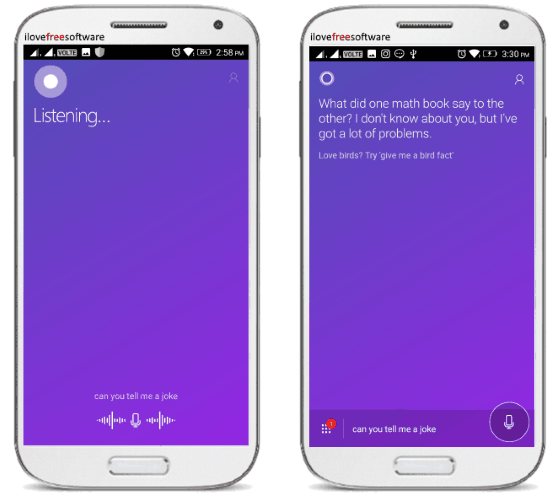 Some of the tasks which you can perform automatically on Android using Cortana are:

Jarvis is another free voice assistant app for Android which you can use to perform actions on your Android phone with voice commands. Similar to Cortana, this app can also perform tons of actions automatically just by listening to you. When you open this app, you will see a flashing “Hexagon” button which you can use to give voice commands. After you tap on it, you can tell Jarvis to perform any action and then it will automatically do that. The free version of this app is quite limited for some commands like using the browser, etc. 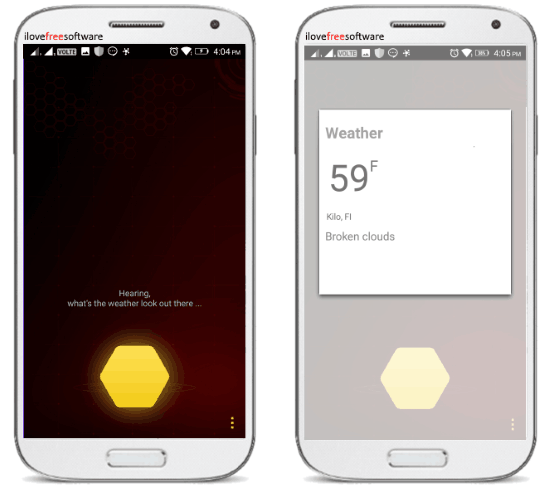 Some of the actions which Jarvis can perform are:

Lyra is another useful voice assistant app for Android that can help you use voice commands for performing various actions on your phone. After you open this app, you will see a chat-like interface where you can use the “Record” button to talk to Lyra and ask to perform actions. Similar to Cortana and Jarvis, this one can also assist you to do tons of tasks on your phone automatically. One of the unique features of this app is that apart from using voice commands, you can also type your command to make it perform actions. 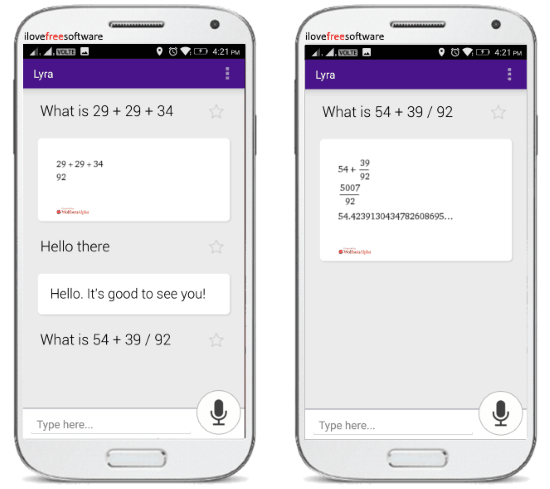 Some of the actions which you can perform using Lyra are:

Robin is also one of the best voice assistant apps for Android. You can use it to easily do various operations on your phone just by giving simple voice commands. This app is mainly focused on driving, navigation, directions, etc. But, it can still perform other actions as well similar to other voice assistant apps. Once you open the app, you will see a transparent interface with a huge “R” button at the bottom of the screen. You can simply press on this button and then give your voice commands. It will then do the task if it supports that particular task. 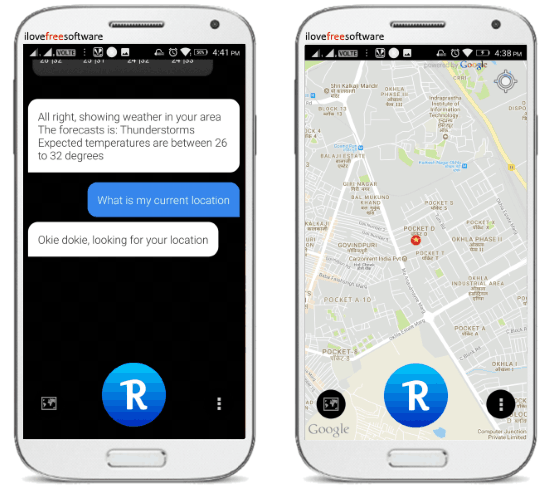 Some of the examples of actions that Robin can perform with voice commands:

Smart Voice Assistant is another useful app for Android which can perform actions based on your voice commands. It supports various actions which you can simply ask this app and get them done instantly. When you install and open this app, you would need to press the “Start” button to activate this voice assistant. After that, you will be able to see all the actions supported by this app and how to say the commands for each action. The best part of this app is that, once you activate it, you don’t need to press any button to execute the commands. Some of the actions supported by this app like compose social posts, post on Facebook wall, etc. are available in the Pro version only. 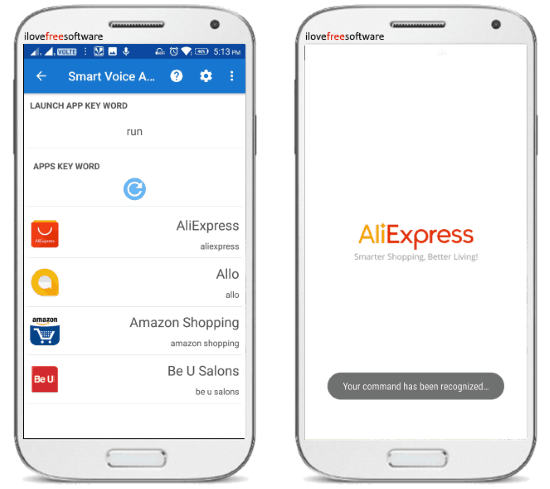 Some examples of the actions which this app can assist are:

These are some of the best free voice assistant apps for Android which makes it easier for you to perform various actions on your phone automatically. No more doing basic tasks manually like turning on/off Wi-Fi, Bluetooth, placing calls, sending SMS, etc., as these apps can do that for you.

Try these apps and let me know which app you liked the most in the comments below.