Here’s a free software to test VPN anonymity on Windows. The software is called Free VPN Test and you can use it while you are connected to a VPN and it will tell you whether your current VPN is leaking information about you. Basically it performs DNS leak tests and shows you if your DNS activities are visible. You just run it right from the desktop and use VPN as usual and let it do its work. If it is able to detect your DNS queries then it will show you warning that your VPN is not secure. And if that’s the case then you should consider switching to other strong VPNs for privacy and anonymity reasons.

There’s a lot of VPN providers out there; some are strong while some of them are weak. The weak ones can reveal your online activities, DNS requests for example. And you don’t use such VPNs because it defeats the whole purpose of using such apps and software. Normally, you will not be able to tell whether your VPN is leaking your information. But with the help of a free software that I’ve mentioned here, you will be able to do it in a click. 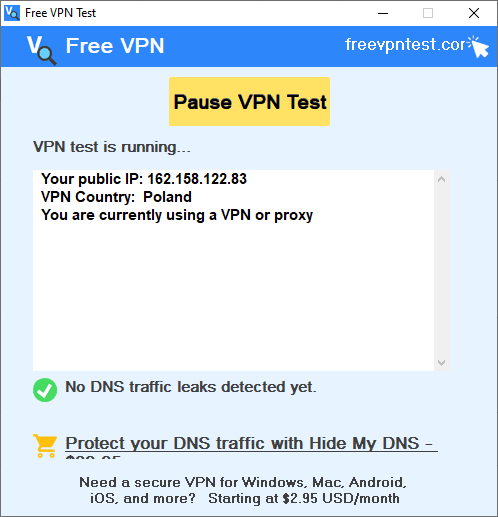 How to take free VPN anonymity test using this software?

Using this software to test VPN connection is very simple. You just download the windows executable of Free VPN Test from here and then simply run it. The main interface of the software will show up and that looks like as shown in the screenshot below. 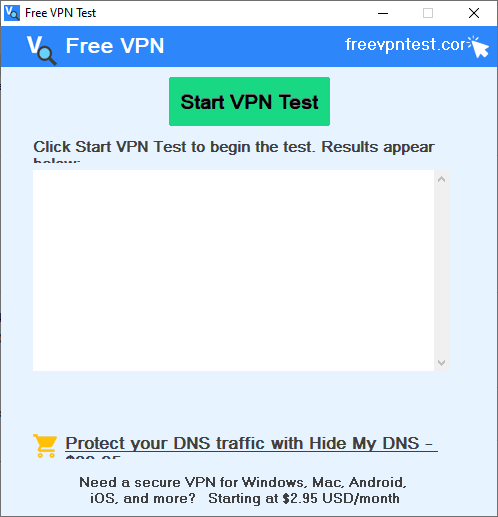 Now, you just start whatever VPN software or application you use on your PC. Next, start the Free VPN Test software as well and look closely on its main UI. You can keep doing whatever you do after connecting to the VPN, such as browsing the internet. If it was able to detect your DNS queries then it will show you that. And that means your VPN is not safe as it is leaking your DNS information. You can see this behavior in the screenshot below. 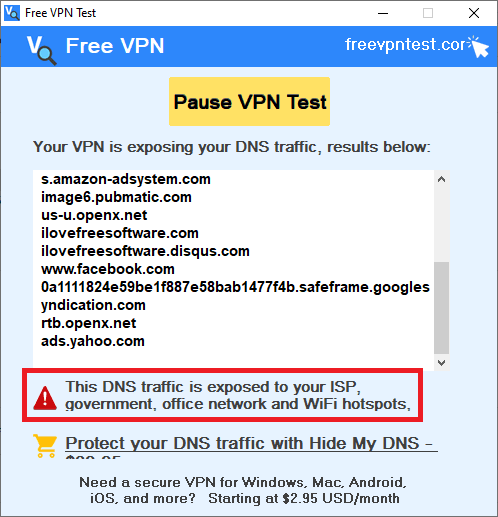 In case you take VPN anonymity test with this software, and end up with the result like shown in the screenshot above, then you need to switch your VPN provider. There are tons of options out there which are secure and come with no log policy.

If you are a nerd VPN user then you should know whether your VPN is able to cover your tracks or not. And the software here her that I’ve mentioned will help you. But this software only works on Windows and that is kind of a limitation when you are on some other platform such as macOS.