The Windows 10 picture guessing game app can be downloaded from the Windows 10 store or from the link given at the end of this article. When you start the app for the first time you will see an interface as shown in the below screenshot.

The homepage is pretty simple with a play button to start the game. The app is ad supported, but the ads are not too distracting. When you click the play button you will see the level selection screen like seen in the screenshot below. 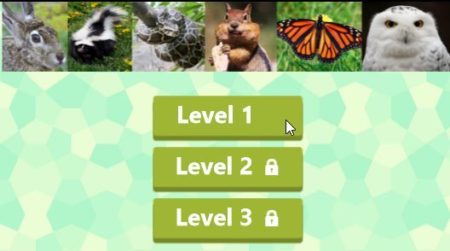 You have to start with level one as the other two levels are locked and can only be opened on successful completion of level one. Click on level one and the first picture will come in front of you. 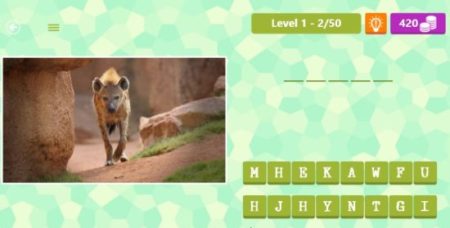 You have to fill in the blanks given on the right side with the name of the animal you see in the picture. The letters can be chosen from the jumbled letters given at the bottom right side.

If you correctly guess the name of the animal in picture, you will get 20 coins and a continue button to move on to the next picture. This can be seen in the screenshot below. 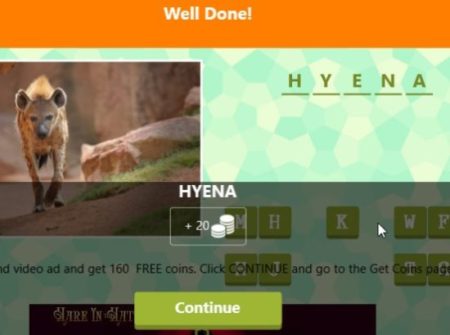 Top right of the app window displays the level you are playing and each level has 50 pictures in it. You are also shown which picture out of 50 are you on presently. You can see the number of coins you have and there is a hints button as well. 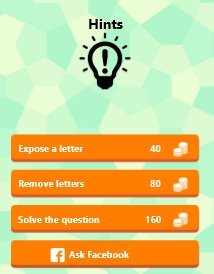 As soon as you click the hints button, you get options as shown in the screenshot above, where you can expose one letter for 40 coins, or solve the question for 160 coins, etc.