PIP Effects is a free Windows 10 photo editor app which lets you to create photos with pic-in-pic photo effect. The app is pretty easy to use with nice effects, backgrounds, stickers, frames, etc. The best part of the pic-in-pic photo effect is the blurred background which looks amazing. You can create your photo in a camera, laptop, glass, etc. with PIP effect.

The Windows 10 photo editor app can be downloaded from the Windows 10 store or from the link given at the end of this article. Below you can see a screenshot of pic-in-pic effect created by me along with the app interface. 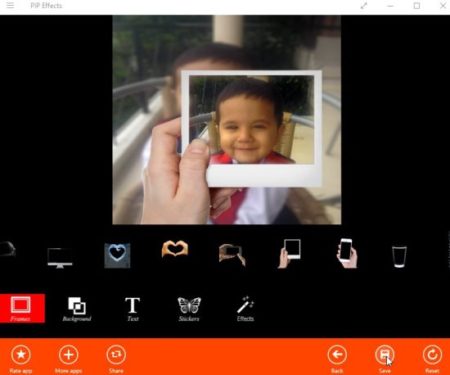 As you can see the PIP effect looks awesome with the blurred background. When you launch this app for the first time you will see a window as shown in the screenshot below. 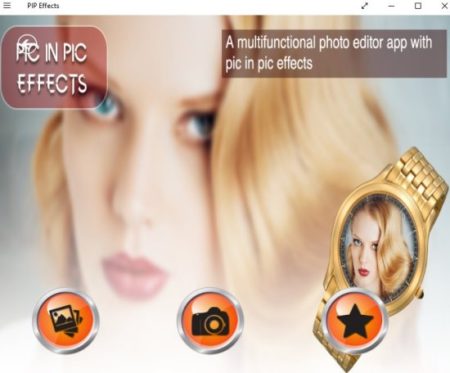 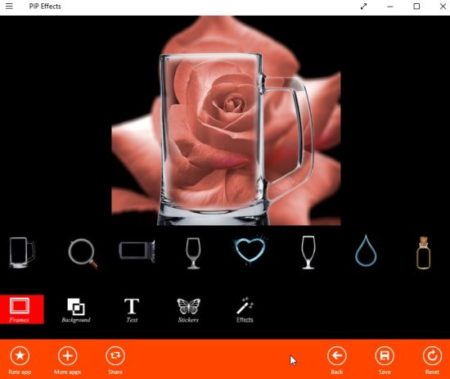 Select a photo which you want to edit with this editor. Once selected the photo will open up in the app interface as can be seen in the screenshot above. Now you can work on creating PIP effect by adding frames, background, stickers, text, and effects.

These photos can easily be saved to your device in BMP format. You can also share these photo easily using various options.