FastBall Online is a free Windows 10 online rolling ball game app where you have to race against multiple players from all over the world or even against your friends. The FastBall game now being online allows you to have multiple players in a game. You do need to be connected to the internet for this. Now you can either practice first by playing against the CPU, or you can play with players around the world, or you can even invite your friends to play. With this game you can have as many as 8 players playing in a game together.

The Windows 10 online rolling ball game app can be downloaded from the Windows 10 store or from the link given at the end of this article. When you start this game app you will be asked to enter a username. So when there are multiple players you can see who is at what position. After that you will get a screen like the one below, where you can select the color of the ball that you want to use from the shop button. 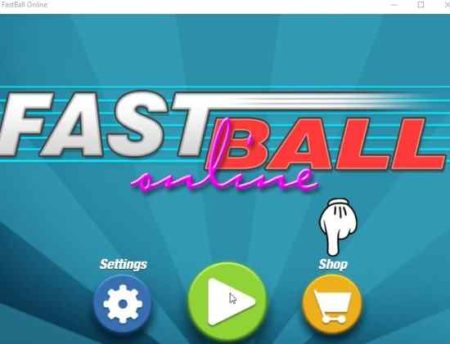 When you click the shop button you will get a window asking you to select a ball out of the free ones available to you. This can be seen in the screenshot below. 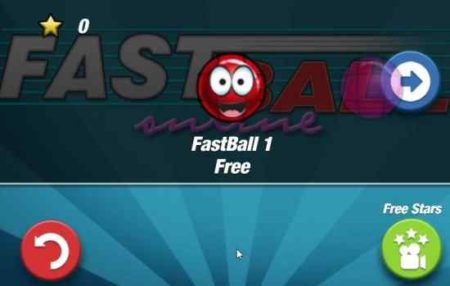 After you are done selecting the color of the ball, click the back button to go back to the same screen. From that screen now press the play button at the center. This will open up a screen like the one shown in the below screenshot. 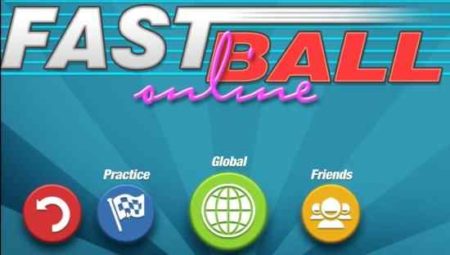 Here you get three options to play practice, global and friends. In the practice mode you play against the computer, so it will be you and the other seven players will be the computer. In global mode you will be connected with players playing from all over the world. In friends mode, you can invite your online friends to come join you in this game.

Let’s start with the practice mode. Once you click the practice mode you will be shown all the players, which are one you and 7 CPU players. When the game starts the ball starts rolling. You have to avoid various obstacles in the way and jump over them. 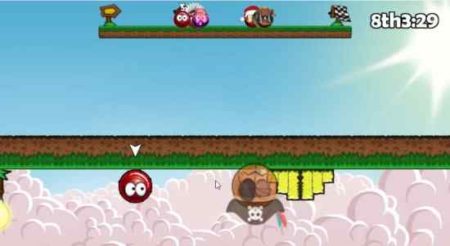 Who ever reached the finish line first is the winner and for everyone else its game over. The app has some crazy power ups like flaps, gravity zone, magnets, etc. The power ups also give you shields against obstacles, there is also fatball which will double the size of your ball, etc.

While on the run you can collect stars which can be used to shop for customization of your ball or upgrade powers.

The above screenshot shows the result of the match I had with another player in the global mode. I lost which means I am not very good at this game. But the fact is that the game play is pretty fast and with so many obstacles and power ups, you are meant to goof up somewhere.

Gameplay of Fastball Online for Windows 10:

You can see gameplay of this game here:

FastBall Online is a fun game app which can be played with friends or with players from all over the world. You can have up to 8 players in a game, which is more fun anyways. So get the ball rolling and enjoy this game with so many crazy power ups that you will have difficulty keeping track of it. But none the less the game is a lot of fun whether you are playing with friends or against the computer.