In this post, I will talk about a simple script to install and setup WireGuard. The script that I have mentioned here only requires a VPS running a Linux operating system and then you are all good to go. The script shows you some prompts to enter the installation parameters and then sets up WireGuard. You set up the client configuration and IP, port etc., and in the end, you get the configuration file. It also generates a QR code that you can scan from the WireGuard mobile client to connect to the server. The VPN that it creates is fast and easy to simple and his script is specifically meant for people who are not tech-savvy.

WireGuard is just like OpenVPN, a communication protocol that implements virtual private network techniques to create secure point-to-point connections. With this, you can host your own VPN for free(but you’ll pay server cost). Just set up your own VPN and here’s I have mentioned a simple script that will help you do that. Even though, you can install WireGuard manually as well but people with no knowledge of Linux will definitely stuck in the installation process. And this script is made for people like that. Also, this script can also be useful for system admins to save time by installing WireGuard on multiple servers.

wireguard-install is simple Bash scripts that automatically detects the operating system on the server and starts the installation process. You can even use the same script to uninstall WireGuard too. By default, it creates a single client to connect to the server. But if you want to add more clients, then you can simply re-run the script.

I am assuming that you already have a VPS ready to install WireGuard. If not then create one on DigitalOcean or Linode. Next, you SSH into the VPS and then run the following commands as root one after another. 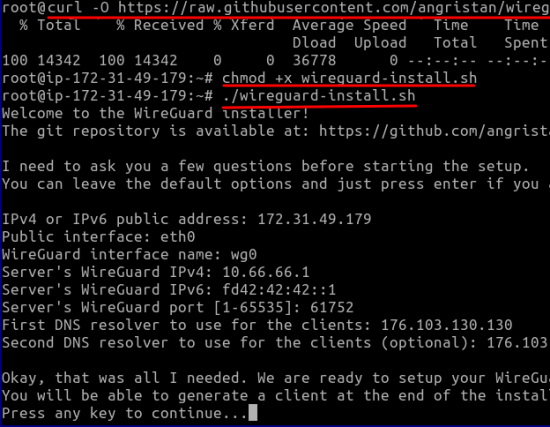 Now, the installation process will begin. In the beginning, it will ask you to set up IP addresses and interfaces. If you don’t want to get into the details then you just proceed with the default parameters. To do that, just keep pressing the “Enter” key. You can see the screenshot above.

Now, it will start downloading the required packages and will set them up. And in the end, it asks you about the client configuration such as the name. Just provide an alphanumeric name for the client and then you are done. It will generate the configuration file along with a QR code that you can scan from your phone and connect. 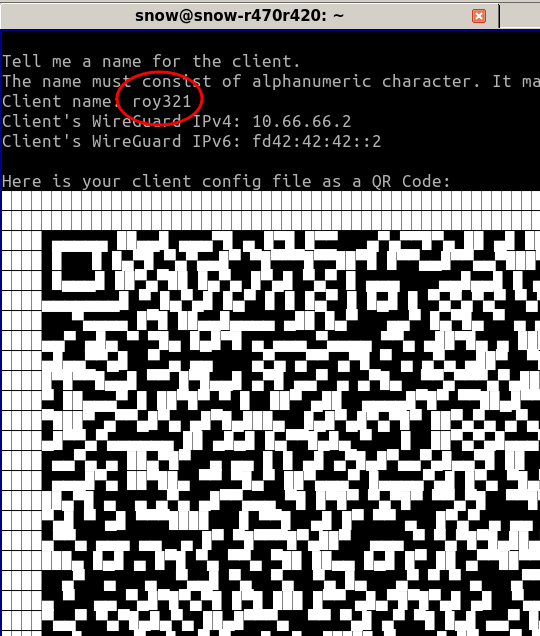 You can download the configuration file that it has generated for you via FTP and move it to your phone. Then you can install the WireGuard client for Android from Google Play Store. Next, you just import the configuration file in it and then connect to the server. After the connection is successful, you can start browsing internet. This is a simple as that. 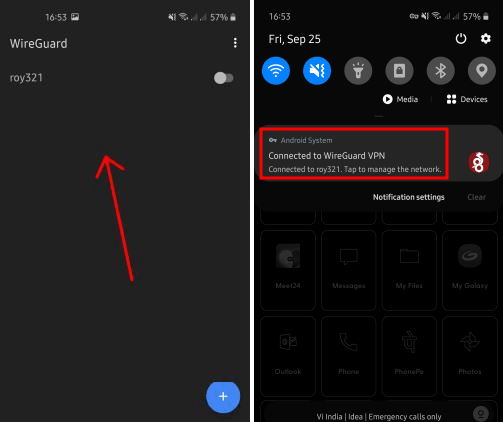 In this way, you can install WireGuard in just a few seconds with the help of automatic script I have mentioned here. It is simple and very straightforward. You can run the script again for uninstalling WireGuard from the server. Or, you can rerun the script to add more clients and generate configuration files for them. If you run into some technical issues then you can always search for the answers to the most common type of issues on its GitHub page.

WireGuard helps you create a very powerful VPN. It is new, and I am sure that it is going to stay for a very long time; although I am not sure if it will be beat OpenVPN. However, its installation is kind of long and boring. So, I came across this script that just takes important parameters from you and takes of the heavy lifting. So, if you are looking for the easiest way to install and configure WireGuard then you just give the script I have mentioned here a try.