LibreTranslate is a free open source and a self-hosted language translator tool with API. Here it supports 17 languages for now to text and detect language. It also offers a simple web UI like Google and Bing translator where you can enter any text you want to translate, it will do that in blink of an eye.

This is like any other translator out there, but it has its own translation engine. There is no limit on the number of transaction or the number of API calls. You just deploy it and then you are free to use it however you want. The deployment process is very simple as you only have to run one simple command. You can run as many instances of this translator anywhere you want.

There are literally a lot of translator software are available that you can use but they always come with some kind of limitations. That happens because they reply on other servcies such s Google or Azure. But here LibreTranslate is not like that. You can use it for personal and professional needs and even extend its functionality in you are a programmer as this whole tool is an open source project. 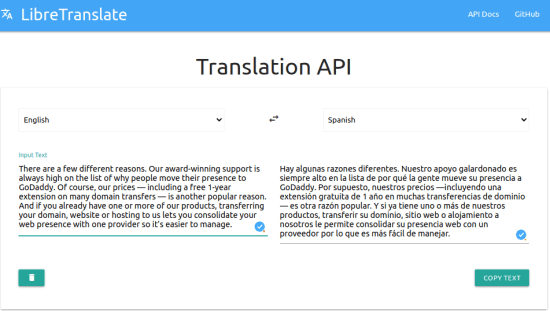 You simply get started by installing on a Linux or Windows server. And the best way to install it is via Docker. I am assuming that you already have Docker installed on your PC as a part of development tools.

To install and run the server, you just paste the following command in terminal and it will start setting it up. You don’t have to do anything. Just let it download the dependencies and run the server. It is as simple as that. 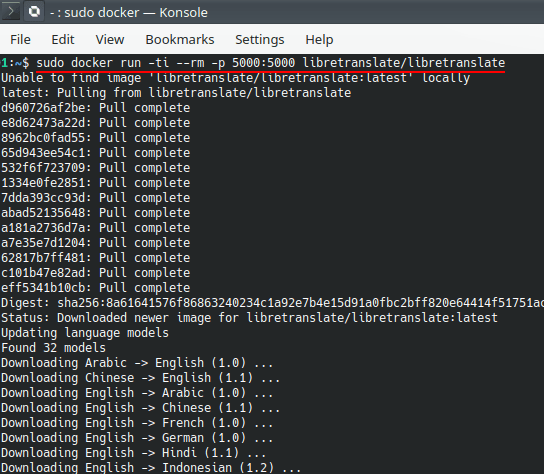 After it is done, you simply type localhost:5000 in address bar of the browser. The main UI of the translator will show up which looks this. 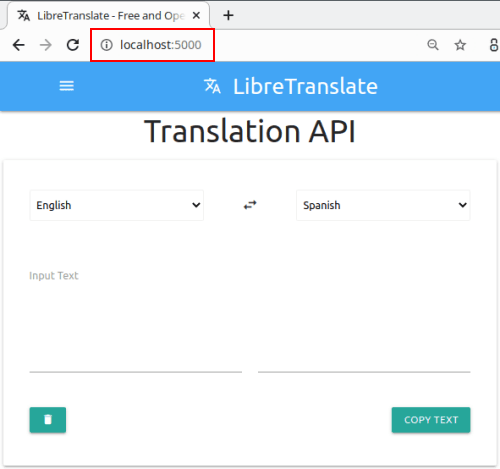 You can start using the translator right away. Just enter some text in the left pane, specify the target language and then hit the button. It will translate your text instantly. As I already mentioned that it supports 17 languages for now, so you can select them from the list if you want to. 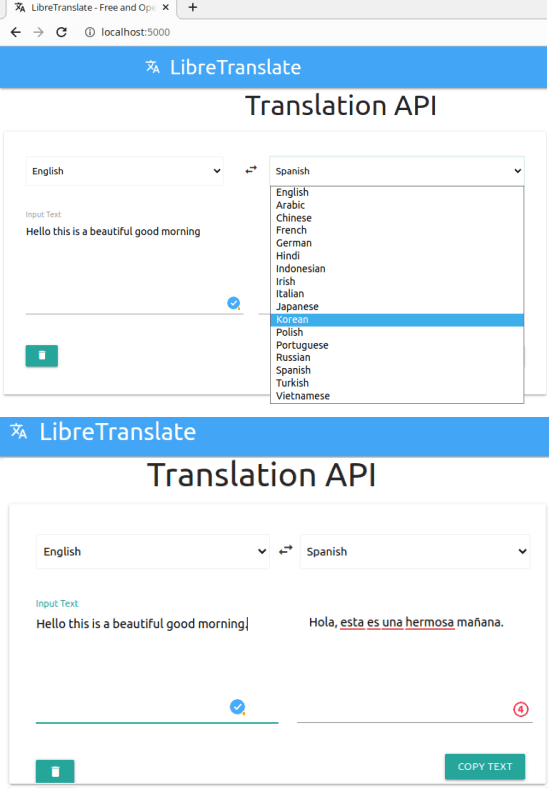 The next thing you can do here use the API. The API supports language detection and translation. There are separate ways, you can make the API calls for them. For example, to make the API request for translation, you make the request as:

In this way, you can use this simple and powerful language translator tool that is self-contained. You can self-host it anywhere you ant and then use it for personal or professional work. I found it to be very accurate and later updates will surely improve it so it can complete with state-of-the-art translators in the market.

LibreTranslate is one of the best self-hosted translation software you can use. Everything is simple and straightforward without any complex setup. For me, the best part is that it doesn’t rely on any other external servcies for translating your text. For a completely free and open source alternative to Google or Bing translate, it is a very nice option.