Disco Zoo is a free iPhone puzzle game in which you have to rescue animals, build your zoo, and throw disco parties.

In this game, you have to rescue the animals by solving the puzzles. There are various types of animals which you can rescue and add to your zoo. Some of them are: Farm, Polar, Jungle, Jurassic, Northern etc.

Besides solving the puzzles, you also need to manage the zoo in order to increase your income from the zoo. The game also syncs with the Game Center account.

The Disco Zoo puzzle game can be downloaded either by searching on the iTunes App Store or by clicking on the link given at the end of this review. In the beginning of the game, you will be greeted by a female character called Miss Sue.

She will introduce you with the zoo, about the different areas of it, and she will also give you some coins to start your zoo business. You have to swipe the screen to left and right to visit any area of the zoo. The common areas at the beginning of the game are: Zoo Office, Farm and Disco Zoo.

These areas are common to all users while other areas will depend on your proceedings in the game. The Zoo Office area is from where you can check the reviews and stats about your zoo. 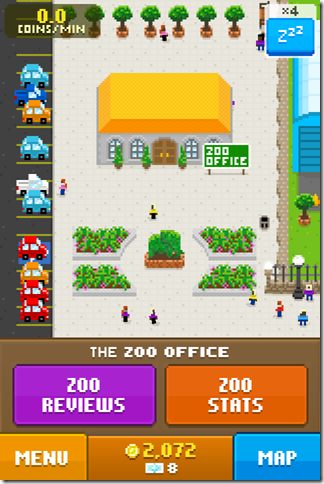 The Farm is the main area of the game from where you rescue the animals. Before starting the rescue operation, you need to select the rescue aircraft. The rescue aircraft can be selected by tapping on the Aircraft Hanger from the Farm screen. You have 7 aircrafts to choose from, with each of them specific for each type of animal you want to rescue. 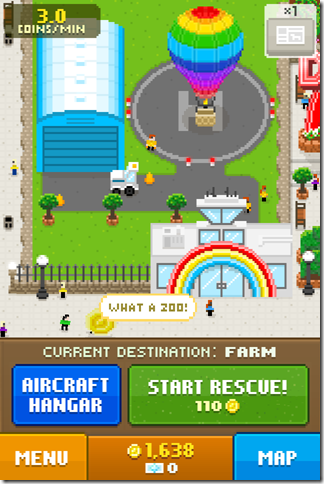 After selecting the aircraft, Tap on the Start Rescue to start rescuing the animals. Remember, each of the rescue operation takes some coins to spend. When you will spend the coins, you will see the screen like this: 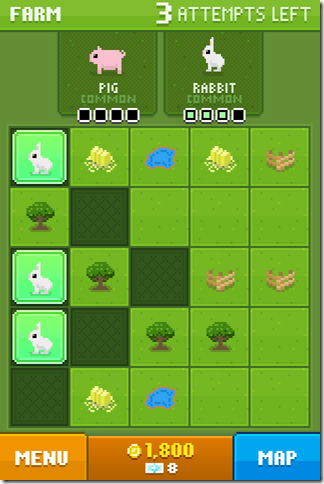 Here, at the top of the screen you will see the animals along with their numbers which are hidden in the puzzle. You have to tap on the square boxes to reveal them and you have only 10 attempts to rescue them. The trick of finding all the animals is that the same type of animals are always in a group. It means they will always be placed in a vertical, horizontal, or in a 2*2 square box form. When you will find them, you will get coins and an option to choose whether to accept or reject them for the zoo. The green boxes also contain the gold coins apart from the animals.

Apart from rescuing the animals, you can also throw disco parties at your zoo to earn more coins. The coins earned during the parties are double than the normal earnings. To throw the party, tap on the Start A Disco Party. Each disco party costs you a few tips. The tips are the extra valuable currency in the game which are given to you by the visitors. While the party is on, you can also set the lighting effects by going to Disco Lighting. 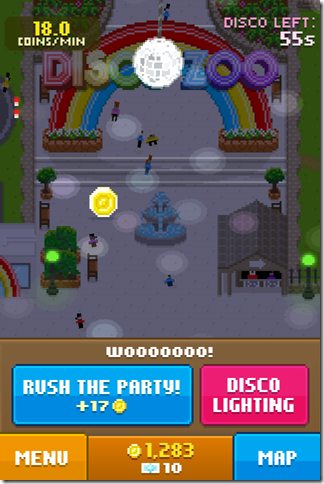 Get the Zoo Disco puzzle game from here.