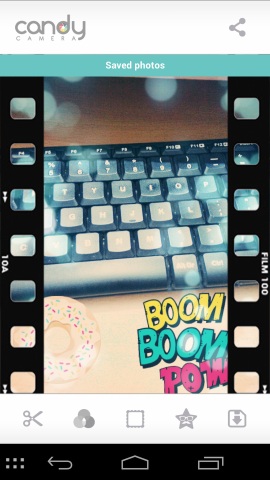 Effects in Candy Camera for Android:

You can get Candy Camera for Android from the link or QR code given at the end of this article. Upon launch you will be presented with a simple tutorial as seen here, explaining the very basics. Tap anywhere on the screen to start using Candy Camera.

The controls to take picture, photo booth feature, and open gallery are located in the lower part of the app while finer controls, such as flash, aspect ratio, times, tap to capture, grid, and switch to the front camera areis located on a strip on the top of the interface. Tap on the ‘origin’ button to view filters. They will be shown as seen here, simply tap on them to get a live preview. 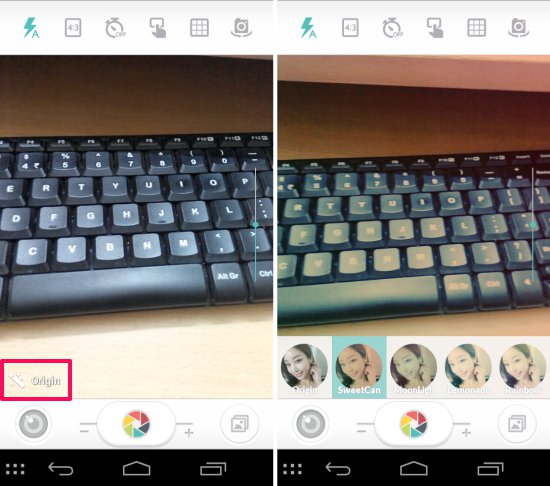 After you have tapped on the shutter button, the picture will be taken with the filter you have selected and shown to you as seen here. If you like, you can save or share the captured image, or you can edit it further. Tap on the edit button and you will have the options such as adjust, Whitenni, FaceLift, Blemish, Focusing, crop, rotate, and mosaic in front of you. 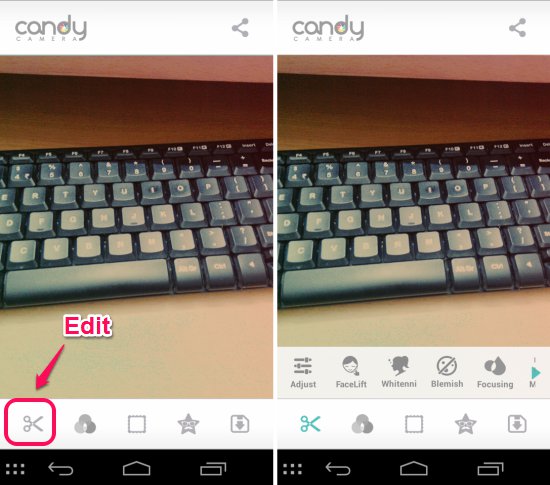 If you want, you can change the filter after taking the photo; this can be done by tapping on the effects button which is located just next to the edit button. Here you will again have access to the effects along with effects which are known as light effects. To access light effect you will have to share the app with a friend. This is not that big of a problem as the app expects you to share it with just one person. 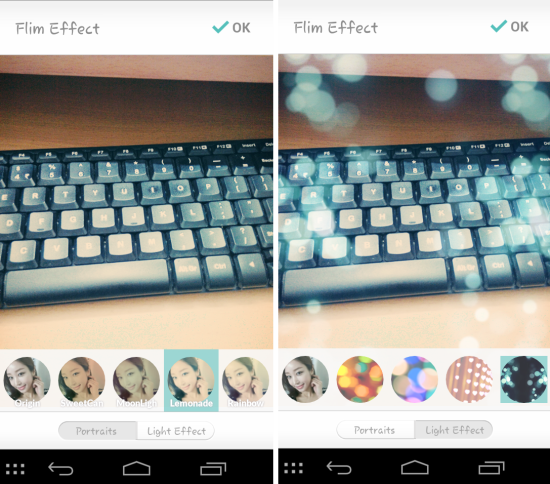 Frames, stickers, and photo booth in Candy Camera for Android:

Candy Camera for Android also provides you with the option to add frames to the images that you capture. You are provided with three categories of frames, which include simple, pattern, and thema. The frames which come in this app are really amazing and creative. Below are some examples of these frames. 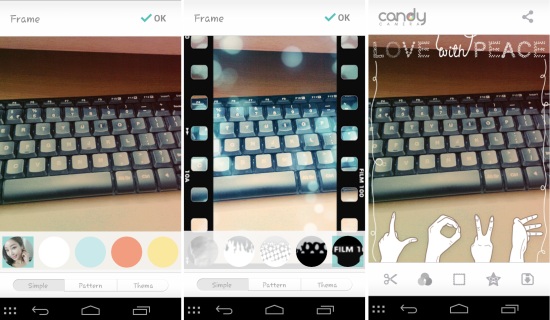 Next to the frames button is the stickers button. When you tap on it, you will have the interface as seen here. Simply tap on the stickers you like from the bottom of the strip to use them on your images. After you are done with the stickers, simply tap the ‘OK’ button. 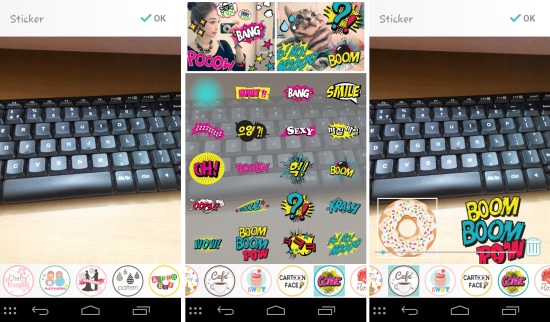 You can also take photos like photo booths with this app. Candy Camera for Android takes multiple photos and then combines them to give you the result. You can tap in photo booth button to access this option. The app will present you with multiple styles; select one which you like. When you tap the capture button the Candy Camera will take multiple consecutive photos and present you the result, as seen here. 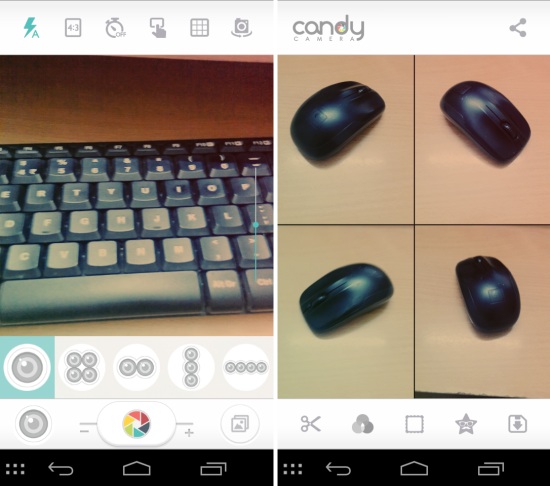 Candy Camera for Android is a fantastic app for taking pictures and adding creative filters, frames, and stickers. Also the photo booth option provides you with fun results. If you want to make your photo memorable and fun, then try out Candy Camera.

Also check out Retica for Android.

Get Candy Camera for Android from here or Scan the QR code below. 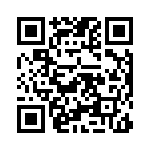