Nox App Player is a free Android app player for Windows with which you can run Android apps really fast and smoothly. Unlike other Android emulators, Nox App Player concentrates more on running Android games and other applications on PC, rather than providing the complex Android Phone environment. Apart from the traditional Android settings you also get the options to record Android games on PC, add a macro, etc. Keyboard controls can be added as simulated touch commands too. A really awesome feature that you won’t find on many

Nox App Player boasts of more smoothness and fast response while running due to its brand new developed kernel. This Android app player is based on Android 4.2.2 (JellyBean). It is compatible with various computer specifications and is very stable. You can also run multiple instances of this Android app player to multitask. 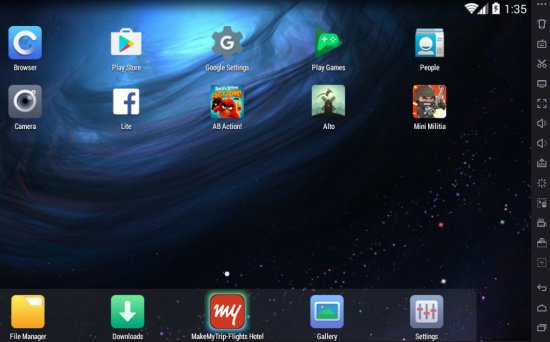 Let’s take a better look at what Nox App Player can do. To check out various Android Games that you can play, featured on our site, click here. But make sure you try out the latest installment of Angry Birds Franchise: Angry Birds Action. 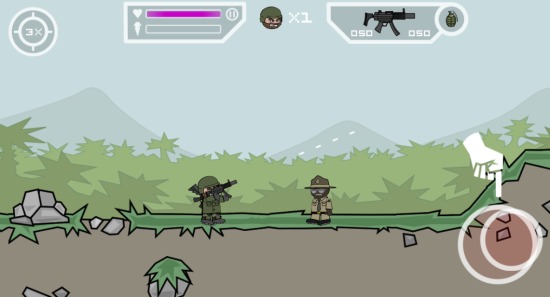 When you open Nox App Player, make sure you log onto your Google account in order to download games from the Play Store. On the default screen you’ll find the Play Store and Google Games where you can download awesome Android games and apps to PC. If you have apk files on your computer, click on Add Apk on the navigation panel at the right to select them. For sharing gameplay of your favorite games, you don’t need a third-party screen recorder. Options to screen capture and screen record are available on the navigation panel as well.

You might have problems controlling some of the games with only the mouse. This free Android app player lets you add keyboard control with a simulated touch. Click on Simulated Touch on the navigation panel and gesture a tap/ swipe on the part of the screen you want to simulate the touch. You’ll then have to enter the keyboard control to map the touch. So to swipe left on the middle, swipe left using your mouse on the interface and map it with the left key on the keyboard. Direction pad and other touch buttons can be added to make gaming easier.

How To Run Multiple Instances of Nox App Player 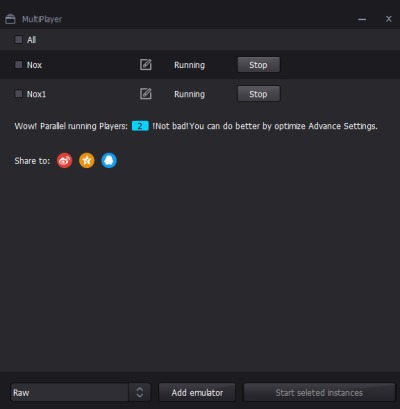 Running multiple instances of Nox App Player is easy but make sure you have a strong graphic card and RAM to support them. To run them, click on the Multi-Drive icon of Nox App Player on your desktop. On its interface, click on Add emulator to add an instance of Nox App Player. These instances will be saved permanently with their respective apps and settings. You can create a backup for them when you turn them off.

How to Make a Macro on Nox App Player 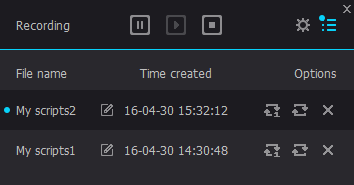 Macros are generally needed to automate processes. In Nox App Player, you can automate a long string of touch commands by recording a macro. This can help in tasks which you have to perform repeatedly with a definite set of touch/swipe commands. Macros can be recorded from the navigation panel. You just have to hit the play button to record and the stop button to complete the recording. The macro can be set to play in a loop or once in the menu.

Nox App player is now definitely on top of my list of free Android emulators. The free Android app player packs such a small response time and awesome visual quality when it comes to performance. Other emulators come nowhere near Nox App Player in terms of functionality, performance and overall feel. I would’ve awarded it 10 stars, but 5 stars is the limit. Make sure you try out Nox App Player here!

Do leave your thoughts on Nox App Player in the comments!