In this article, I will introduce you to 5 free Android apps to remove Red eye from photos. So, if you have got some photos that you want to upload on social media but unfortunately you can’t due to the red eyes effect in them, then these apps will let you remove red eye effect from all of your photos and make them ready to be shared on social media. All of these apps are absolutely free and some of them can even remove the red eyes effect with just a single tap. 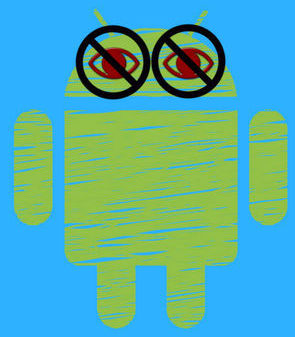 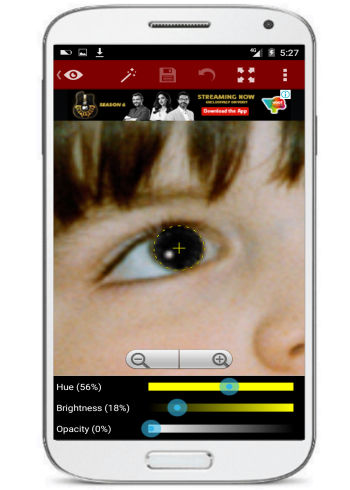 Red Eye Removal is a free Android app to remove red eyes effect. To use this app to remove red eyes is pretty simple. Install this app and then open a photo from which you want to remove the red eyes. After that, the app will open the selected photo in its editing interface, as shown in the screenshot above. Now, place the marker which appears on the screen on any of the eyes. You can zoom in and out the photo to perfectly identify the iris of an eye. After that, tap on the magic stick button on top of its editing interface to remove the red eyes. You can also adjust the brightness and opacity of the eyes to make them look more natural. The app gives you the option to undo the actions while editing. That means even if you made a mistake while removing the red eyes, you can always go back to the previous step. Once you are done with the editing part, you can save the new photo on your phone. To save the photo, simply tap on the save button. I can recommend this app as it is primarily designed for removing the red eyes but beware of the annoying ads. 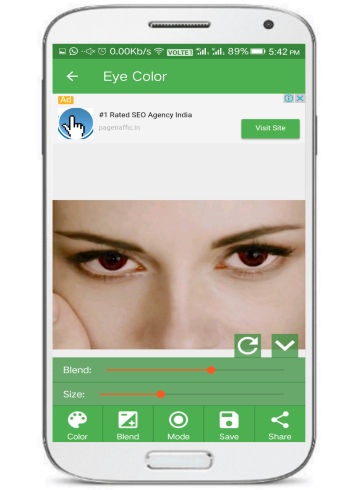 Nice Eyes Color Changer is another red eye removal app for Android. What separates it out from other red eye removal Android apps mentioned in this article is that you can also change the size of the eyes in the photo and choose from a number of different eye colors. After you have installed this app, select a photo from the phone gallery and then this app will prompt you to spot the eyes in the photo. You will see two circular markers and you have to place these 2 markers on the red eyes. There are a couple of more steps in which you have to increase or decrease the size of the markers as per the iris of an eye and select the complete eye area. After these steps, you can now change the color of the eyes. I would suggest you to keep the default eyes color as other eye colors didn’t seem quite natural. As I mentioned, you can also change the size of the eyes as well and change the color intensity of the black eyes. At last, save the new photo without the red eye effect on your phone. 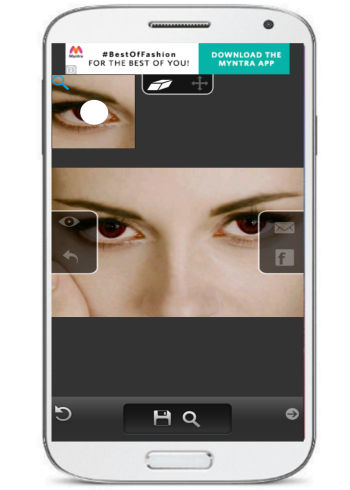 Eye Color Changer is another free Android app to remove red eyes. In addition to this, you can also create photo collages and apply the blur effect to the photos. Just like other apps in my list, this app also lets you remove the red eyes effect from the photos on your phone. Just select a photo, mark the two eyes and see the color of the eyes changes with just a tap. The first step is to select the Eye Color option from its main screen. After that, identify the two eyes by placing the marker on them. The app will then open the photo in its editing interface as shown in the screenshot above. Now, simply tap on the Eyes button to remove the red eye effect. You can also adjust the brightness and hue of the new eyes. To save the photo, simply tap on the Save button. 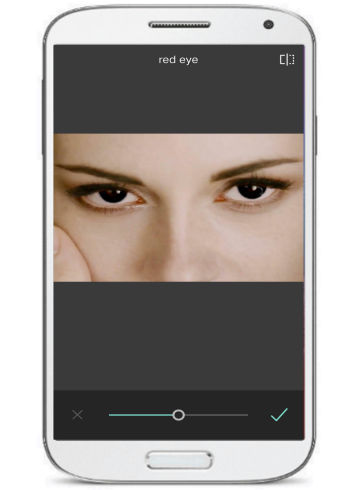 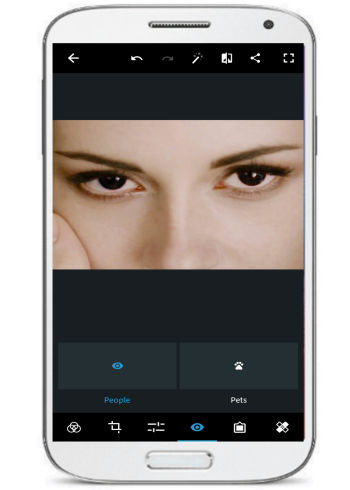 In this article, I made you familiar with 5 free Android apps to remove red eyes. These eye removal apps for Android are pretty easy to use and can efficiently turn the red eyes into your photo into black in color. During my testing of these apps, I found PhotoShop Express and Pixlr to be the best as they made the task of removing red eyes from photos really piece of cake. Another good reason to recommend these 2 red eye removal Android apps is that they don’t display any ads. Do let me know which one works the best for you :)