To make it happen, I am using a free Google Forms add-on, called “Choice Eliminator 2“. For each question in Google Forms, it lets you set how many times an answer choice can be selected to submit the response. As soon as the limit is reached for that answer choice, it will be eliminated or removed from the form automatically. 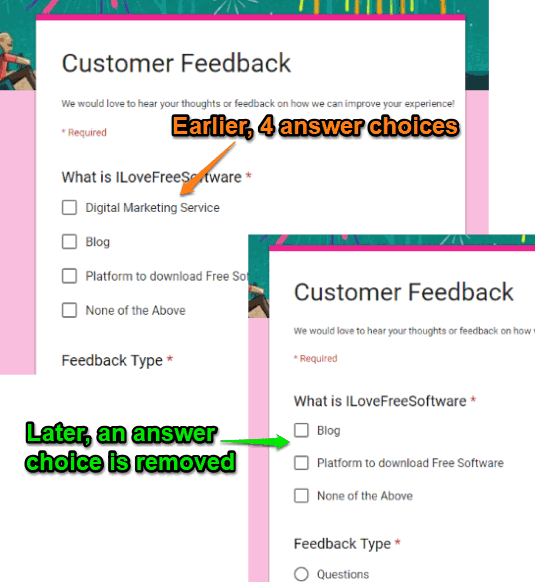 In the screenshot above, you can see that earlier a question in Google Forms has four choices. Later, one answer choice is removed automatically based on the selection limit.

This extension works for multiple choices, checkboxes, and other questions also. However, it may happen that it might not work sometimes for all the question types.

How to Remove an Answer Choice after Being Selected a Number of Times in Google Forms?

Step 1: Open the homepage of this Choice Eliminator 2 Google Forms add-on and install it. You must also sign in with your Google account so that you can install this add-on. The homepage link of this add-on can be found at the end of this article.

Step 2: Open an existing Google Forms or create a new form. Add multiple choices or other types of questions and add answer choices.

Step 3: Now, click the Add-ons icon and select “Choice Eliminator 2” option. it will open a small pop-up in which you have to select Configure option. 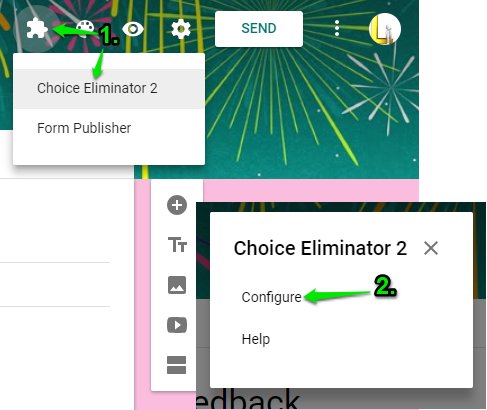 Step 4: Add-on sidebar will open on the right-hand side. In that sidebar, you can select your form using the drop-down menu and then the list of questions available in your Google Forms will be visible to you. 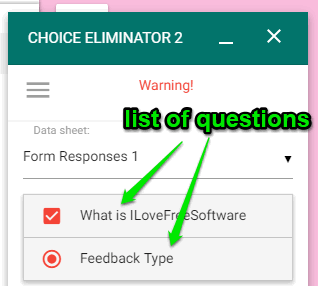 Step 5: Select a question, click on Eliminate Choices option, and then tap the Settings icon. 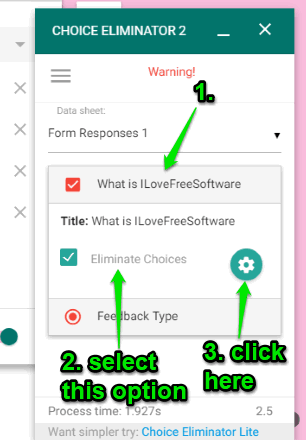 Step 6: A separate Choice Options box of this add-on will open. There you will see Limit fields for each answer choice. Just add some value say 1, 2, 3, etc., which indicates that particular answer choice can be selected only that number of times. 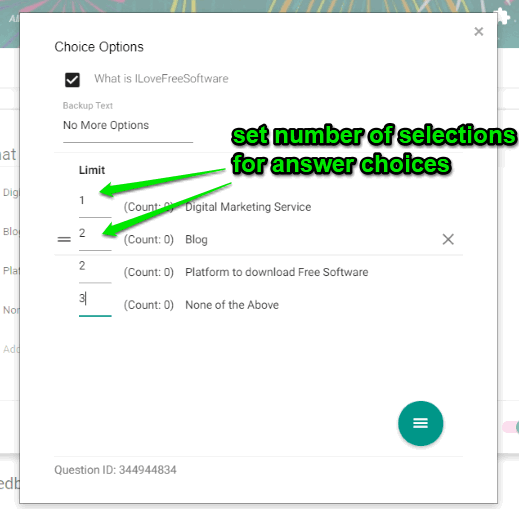 That’s all! Now you can share your Google Forms. Users can select answer choices and submit the responses. When the maximum number of selections for some answer choice is reached, it is removed from the form automatically. You and others won’t see that answer choice anymore in that form.