Here are 5 free app icon generator apps for macOS to generate app icons from PNG, JPG, SVG, Webp images. These tools can quickly generate app icons for iPhone, iPAD, iOS Universal, macOS, tvOS, Android, and watchOS apps. They just take an image from you and then help you generate the app icon set for you. They save the generated icons in PNG format and at the specified location . After getting the icon files, you can do whatever you want. The icon files in the output folder have different resolutions and you can easily use them in your app development work.

If you are an iOS or MAC app developer then you know it is tiresome process to manually create icons for the app. But if you have the icon design with you then you can generate the whole icons set in one click. And that is where these free apps come in handy. They just takes the main icon image from you in SVG, PNG, JPEG, TIFF, and Webp format to generate the corresponding icon files for you. And in the following list, I have added a simple command line script to generate icon set for apps as well. 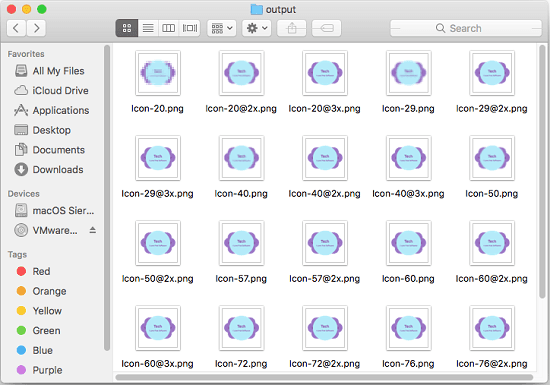 How to Generate App Icons from PNG, JPG, SVG, Webp in macOS?

IconGenerator is an open source tool that you can check out its code on GitHub. It allows you to generate app icons from PNG, JPG, SVG, Webp images. It has a pretty simple UI as well. You just have to use the main logo image to generate icons and choose the target platform. And in just one click, you can generate app icons and use them in your work. This is a portable tool for MAC OS that you can use to quickly generate icons for iPhone, iPAD, iOS Universal, macOS, tvOS, and watchOS apps.

Get the MAC package of IconGenerator and then open it directly in your MAC PC. Its interface is very simple and looks like this screenshot. 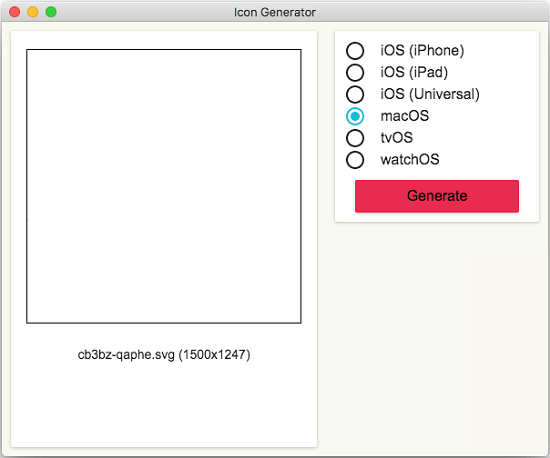 Now, simply drag and drop the image file on its interface. It will generate the preview of the image and you can start with the icon generation process. Just select the target platform and hit the “Generate” button. It will create a “AppIcon.appiconset” in Downloads folder and you can see all the icons in it. 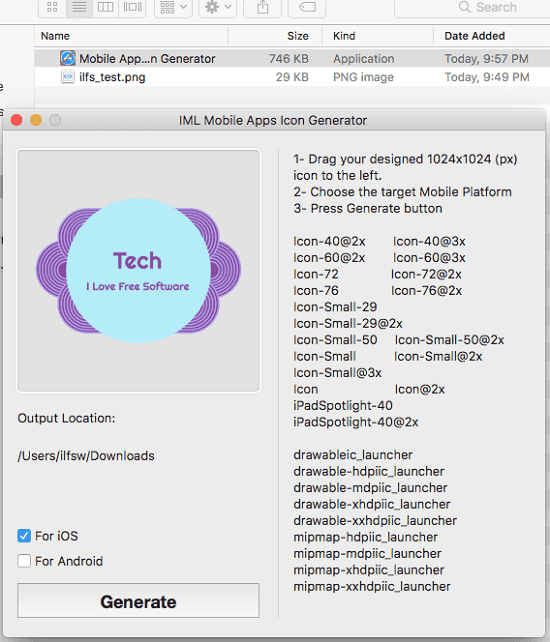 Mobile App Icon Generator is pretty similar to the above app but supports less image formats to generate app icons. You can just drag and drop the main logo image on it and then it will generate all the app icons for you quickly. It will generate all the icons in the current folder and then you can do whatever you want to do. Using this tool, you can generate iOS app icons in just one click with different resolutions. And not just iOS but if you want to generate Android app icon then you can do that. You can also generate Android app icons in one click too.

Simply get the DMG file of the tool from above link and then add the package to Applications. Next, run it and its interface will appear on which you will have to drag and drop the image file. After you have added the file, simply choose the target platform and then click on the “Generate” button. It will save all the icons for separate platform in the current folder and you are free to do anything you want. But do note that, while adding an icon image on this tool, make sure that it is of high resolutions, preferably 1024px.

App Icon Tool is another free tool for MAC OS that you can use. It lets you generate app icons for watchOS, iOS, MAC, CarPlay, and Messages. You can easily use this simple app to quickly generate app icons in one click. And you can even use this app to generate icons for multiple platforms altogether. It works in a pretty straightforward manner and you just have to drag and drop the main icon image in PNG format to get the job done. You can either save the generated icons to specific folder or you can save the icons directly to Xcode asset catalog(paid feature).

Simply head to Apple app store using the above link and then install this app. After that, you can start using it. Run it and then choose the target platforms for which you want to generate the app icons. After that, use the “Load image” button to select the image to generate icons and then use “File > Save as” menu to save the generated icons. Simple as that. You can see the above screenshot.

Simply get this MAC app from above and then install it. After that, open it and drag the main logo PNG image on it. Specify the size and then finally generate the icons. It will ask you to specify an output folder to save the icon files and then you can do whatever you want. And if you are interested in the source code of this tool, then simply see its GitHub page.

iOS App Icons Generator is actually a Bash script that you can run in the MAC terminal to generate iOS app icons in your computer. Just like all the other tools in this list, it just takes a main image from you and then generate the app icons instantly. You just need the “ImageMagick” installed on your MAC PC and then you just have to run a couple of commands to get this done. And the following steps will guide you how to do that.

Step 1: Install imagemagick first if it’s not there. Simply run the following command to do that. 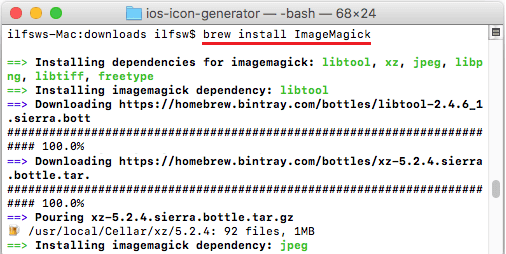 Step 2: Now, clone the repository of the tool in any folder you like. To clone the repo, simply execute these command one after another. And then assign execution permissions to the script.

Step 4: Get the input icon file ready and then you can use the script in the same manner as shows in this screenshot.

In this way, you can use this simple script to quickly generate app icons in your macOS and then do whatever you want. This will speed up your app development process by saving time that you would have wasted in creating icons manually otherwise.

These are very useful and time-saving tool to generate app icons. If you are an app developer then you can use these tools to instantly generate icons from a different type of images. And they can generates the whole icon set for you in just one click and for different Apple platforms. If you want to spend less time in creating app icons then you may give these tools a try.