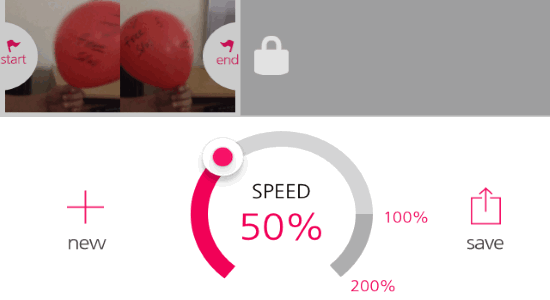 If you’re an Android user, then do not worry as we have also covered 5 free Android apps to create slow motion videos.

Slo Mo Video is probably one of the best slow motion apps for iPhone. This app can be used to easily create slow motion videos by either converting the existing videos or by recording fresh videos with iPhone camera. When you open the app, it will ask you to record a new video or choose one from the camera roll. After that, it will process your video and you will see a speed slider to change the playback speed of the video. Initially, the slider will be at 100%, but you can drag the slider from 100% to 10% to convert the video into a slow motion video. 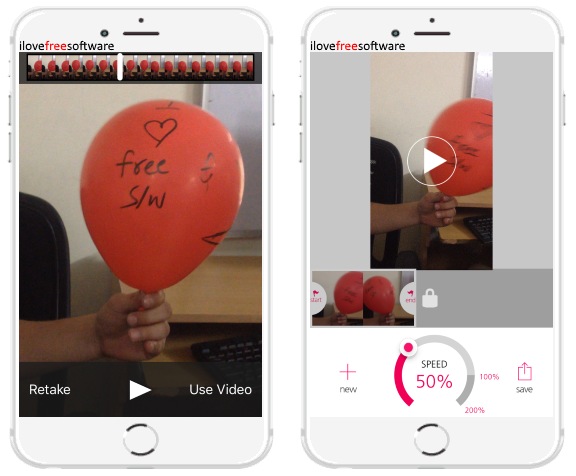 When you decrease the playback speed, the slow motion effect will be applied to the entire video. You can then simply save or share the slow motion video with others. The trimming option is not available in the free version. It also has the option to create fast motion videos by increasing the speed from 100%% to 200%. But, this feature is also locked in the free version. However, you can unlock this feature by simply rating the app in the App Store.

VideoMotion is another free iPhone slow motion app which can be used to make slow motion videos with ease. You can either use existing videos from camera roll or record new videos using this app in order to convert them into slow motion videos. After selecting the video, you will see a green and red flag at the bottom of the screen. You can use these flags to set the start point and the end point of the video part to which you want to apply the slow motion effect. When you do that, a gear icon will appear which you can tap to open the speed slider. Then you can simply reduce the playback speed from 100% to 10 % by dragging the slider. 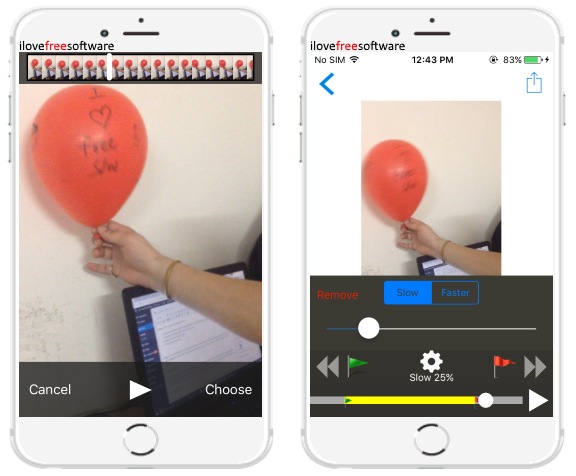 Reducing the playback speed will convert the video into a slow motion video. When you’re done, you can save the slow motion video to the camera roll or share it with others via social apps. Similar to “Slo Mo Video”, this app also has the option to make fast motion videos. You can do that by selecting the “Faster” option at the top of the speed slider. It lets you increase the video speed from 1X to 4X. One thing which might bother you about this app is the intrusive ads which appear time to time on the screen. 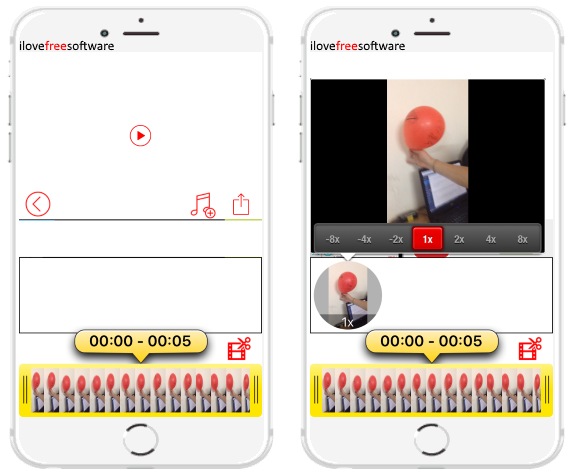 If you have trimmed the video into multiple parts, then you can also apply different playback speed to them and then merge them together while exporting. Additionally, you can also convert videos into fast motion videos by increasing the speed by 2X, 4X, or 8X. Another useful feature is that it allows you to add music to the videos from app library, iPod, or keep the original audio. This app also shows ads in the free version.

Slo Mo is also one of the best free iPhone slow motion apps which you can use to convert existing videos or new videos into slow motion videos. After you open up this app, you will be able to choose a video from camera roll or press the “Video Record” button to record a new video. Once you do that, you can proceed to the next screen where you will see a speed slider. You can simply use this slider to reduce the playback speed from 100% to 5% to convert the video into a slow motion video. When you’re done creating a slow-motion video, you can share it with others and also save to your camera roll. 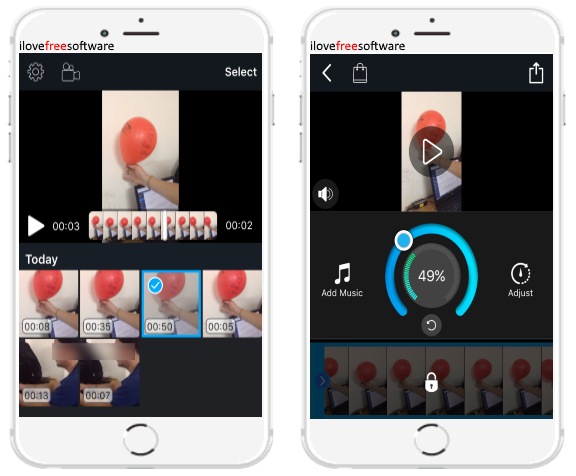 Similar to “Slo Mo Video” app, this one also applies the slow motion effect to the entire video and the trimming feature is not available in the free version. To get this feature and other additional features like add music to videos and remove ads, you will need to buy the pro version. You can also make a fast motion video by increasing the speed using the slider from 100% to 300%.

Try these apps and let me know which app you liked the most.