We have already covered tutorials on how to see motivational quotes and set apps shortcut on lock screen. But, if you want to add something more interesting and cool to the lock screen on your Android phone, then setting a video wallpaper is probably the best option for that.

How to Set Video as Wallpaper on Android Lock Screen:

Step 1: To get started, simply install “ZOOP GIF Lockscreen” on your Android phone. You will get the download link at the end of this post. After installing the app, simply open it up and you will see a “GIF Setting” option on the main screen. Tap on this option and then a new screen will appear where you will see a “+” button at the bottom. 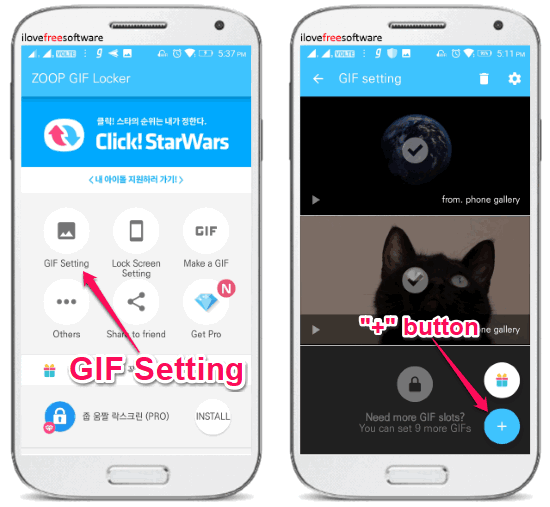 Step 2: Now, tap on the “+” button and then choose the “Import from Gallery” option. As soon as you do that, you will be able to select a video or a GIF from your phone gallery which you want to set as the lock screen wallpaper. All your videos and GIFs will be visible in separate tabs, as shown below. 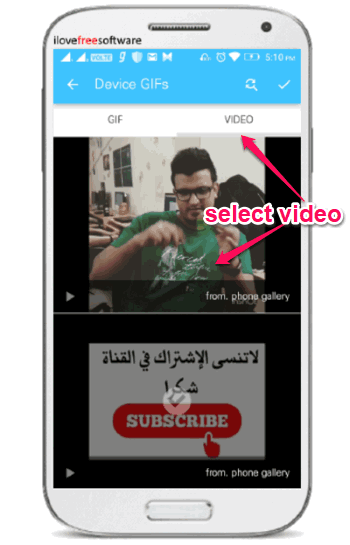 Step 3: When you’re done selecting a video, simply go back to the main screen and tap on the “Lock Screen Setting” option. After that, toggle ON the slider button associated with the “Lock Screen On/Off” option. This will activate a new (ZOOP) lock screen on your Android phone with video as wallpaper. In the same manner, you can also set GIF from phone gallery as wallpaper on Android lock screen. 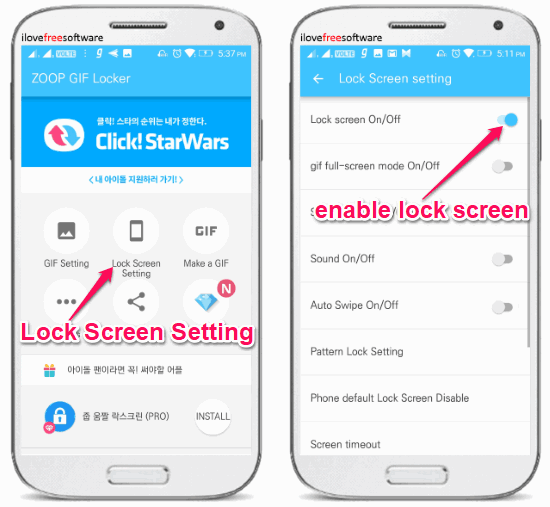 Step 4: Initially, the video will be visible at the center of the lock screen. But, if you want to display the video on the entire screen, then enable the “GIF Full-Screen Mode On/Off” under “Lock Screen Setting” option. To avoid multiple lock screens, it would be a good idea to disable the default lock screen on your Android phone (if you have enabled it). 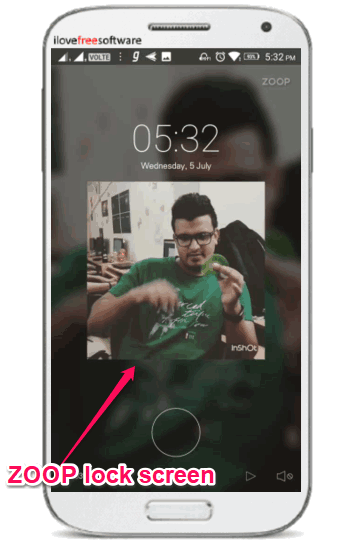 Get “ZOOP GIF Lockscreen” from here.