If someone says that Android is a diverse ecosystem that won’t be wrong. As there are numbers of manufacturers all around the world who produce Android smartphones. Apart from the vanilla Android, lots of manufacturers build their own skin on top of the Android to provide a customize UI to their user base. OEMs like Google, Samsung, Motorolla uses an App Drawer whereas Xiaomi, Huawei, Oppo, Vivo uses an iPhone like launcher that doesn’t have an app drawer. Also, there are lots of apps available in the Play Store which lets you personalize the look and feel of Android phones.

Now, the problem with that is accessibility and ease of use. Some people are willing to compromise on looks for ease and some people want the looks. In the end, to keep favorite apps nearby, people have to add them on the home screen of the phone. People are mostly okay with that; if you are the one who doesn’t like that, then this article is for you.

Also read: How To Create Shortcuts Of Activities Of Android apps

App Tiles is a free Android app that is designed to optimize the app launch speed. This app lets you add Android apps as Quick Tiles and put them in your reach. 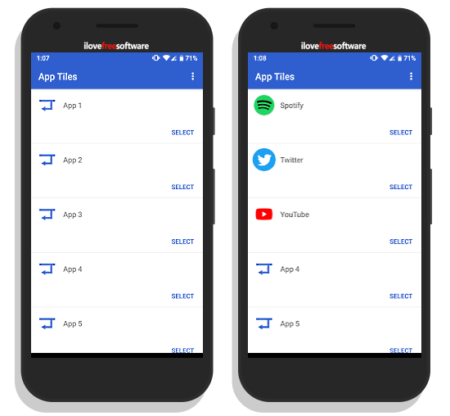 When you open this app, it shows you 6 tiles spaces where you can select your favorite apps. When you tap on that app, it loads a list of all the installed app on your device. Select the app for which you want to create a quick tile. Similarly, you can select an app for each tile space. 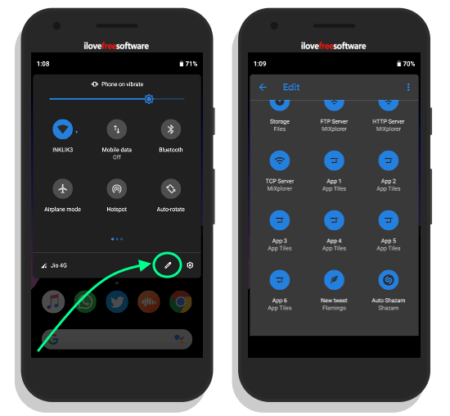 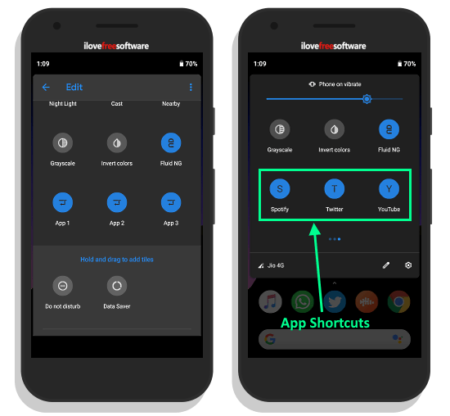 These tiles show the initial letter of the app in the icon and show the app name below it. The above attachment shows how the tiles look in the Notification Drawer. You can simply tab those tiles to open the respective tile.

Get this app from the Play Store here.

App Tiles is a useful app that optimizes the app launch speed. Having your favorite apps in the Notification Drawer makes them accessible anywhere, whether you are on home screen, in another app, or on the lock screen.