Firefox Edge is a Firefox theme to make Firefox look like Microsoft Edge. It is a very simple and lightweight Edge skin for Firefox which revamps the interface of Firefox and makes it look like Microsoft Edge, as you can see in the screenshot below. The best part is that this Firefox Edge theme doesn’t alter any of your default Firefox settings and simply applies a visual look of Microsoft Edge to Firefox. It supports both the light and dark theme of Microsoft Edge. Apart from that, there are other tons of different themes provided by the Firefox add-on of this theme which you can check out and apply to customize the look and feel of Firefox or some websites like Facebook, YouTube, etc. 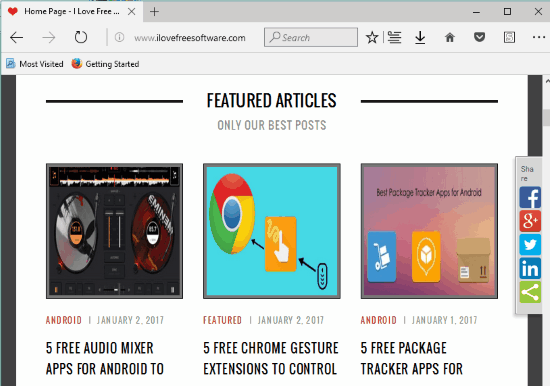 How to apply Firefox Edge theme to make Firefox look like Edge:

As  I have mentioned, this Firefox Edge theme will make Firefox look like Microsoft Edge. The best part is that it is quite lightweight and doesn’t alter any of Firefox’s options and its performance. However, it can’t completely turn your Firefox interface to look like Edge. It doesn’t change the appearance of the Firefox context menu and new tab page of Firefox to make it look like Edge’s context menu or new tab page. But still it does quite a good job in turning Firefox interface into Edge, as you can figure out the difference between the main screenshot of this review and the screenshot below (default Firefox interface). 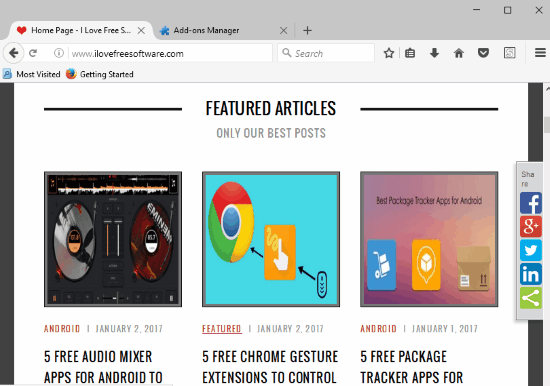 Before getting started with this Firefox Edge theme, you have to first download Stylish Firefox add-on. After that, go to this link and select the type of the Edge theme (light or dark) to install/apply to Firefox. After this theme is installed on Firefox, restart it if you see any visual bugs. That’s it; your Firefox will now look like Edge. You can also switch between the light and dark themes of Edge but only through the installation webpage of this Firefox Edge browser theme. Through Stylish Firefox add-on you can also check out other Firefox themes and specific websites themes for Facebook, YouTube, etc.

Firefox Edge (Light & Dark) is a fantastic Firefox theme which makes Firefox looks like Edge. So, if you are bored by the old Firefox interface and want to make it look like Microsoft Edge then this theme is a perfect option. The best part is that it supports both light and dark themes of Edge. However, switching between these Edge themes is a real pain and I think it could have been made simpler and easier. But still, it is a very good theme to use for free, check it out from the link below.