Dragon Revenge is a free Windows 10 action game app where you are the revengeful dragon who wants to crush its enemies and burn everything in its way. The game has a story in the beginning letting you know why the dragon has become so revengeful.

The Windows 10 action game app can be downloaded from the Windows 10 store or from the link given at the end of this article. When you start the game app you will come across a interface as shown in the screenshot below. 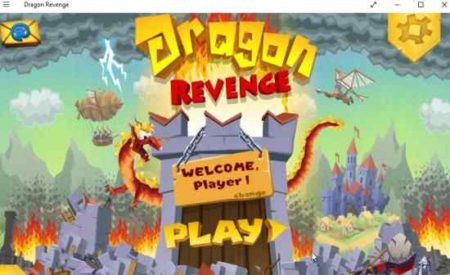 The home screen just has the play button on it. Clicking this play button will take you to the game play screen as can be seen in the screenshot below. 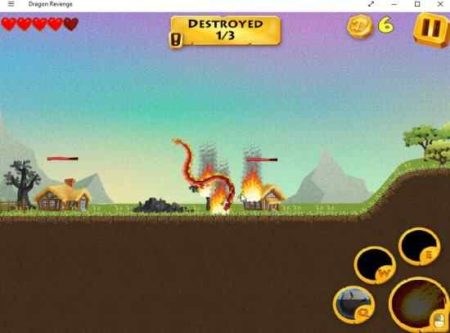 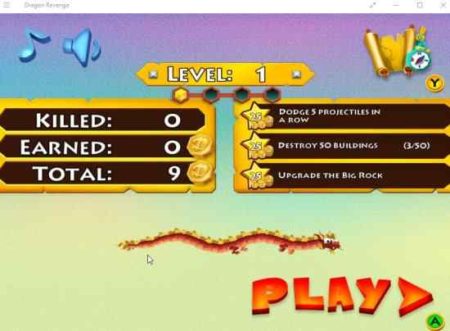 The level up screen is shown in the screenshot above. It shows the number of people you killed, total points that you earned and on the other side it shows your achievements so far in the game. Click the play button to go to the next level.

When you have enough coins to get abilities like dropping big rocks, then a button would appear next to the play button asking you to buy these abilities. Each level has 5 games in it. When you complete the 5 games then you can move on to the next level, which is otherwise locked. This can be seen in the screenshot below. 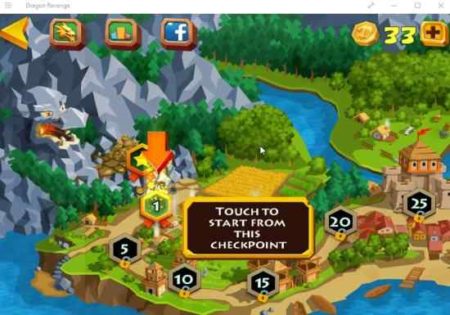 All the levels are shown in the above screen and each level has 5 games in it. Just help you dragon destroy everything and keep moving forward.

Dragon Revenge is a fun game app, where you have to control the dragon and seek its revenge. You have to burn down everything in your way and help the dragon get stronger. Meanwhile you also have to make sure that the enemy is not able to kill the dragon, otherwise its game over for you.