By Salman Khan on May 4, 2018 Featured
Editor Ratings:
User Ratings:

One of the best features of all the double exposure photo maker is that they offer dozens of blending modes like Glow, Multiple, Color Burn, Color Dodge, Reflect, Darken, and more to give the resulting photos an amazing look. If you don’t want to download or install these software, then do not worry, as we have also covered some of the best free online double exposure photo maker. 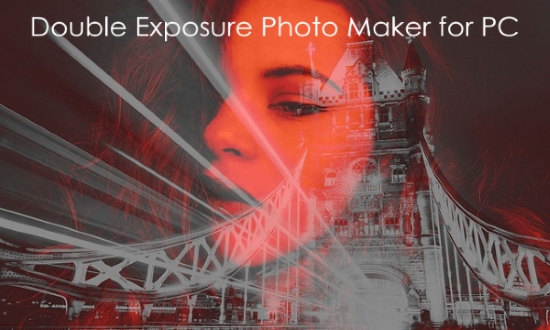 Let’s get started with the software.

How to Create a Double Exposure Photo using Autodesk Pixlr:

Step 1: To get started, open Autodesk Pixlr and then click on the “Open Image from Computer” button to select the first photo. After that, click on the “Refine” option on the left and select “Double Exposure”. 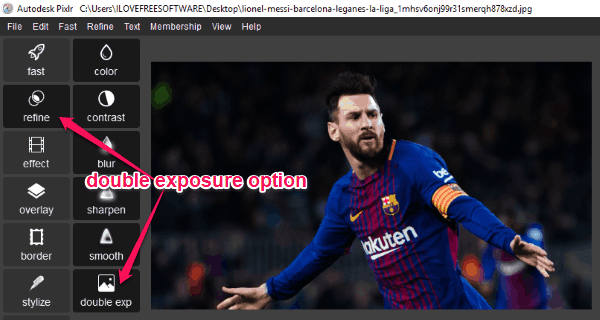 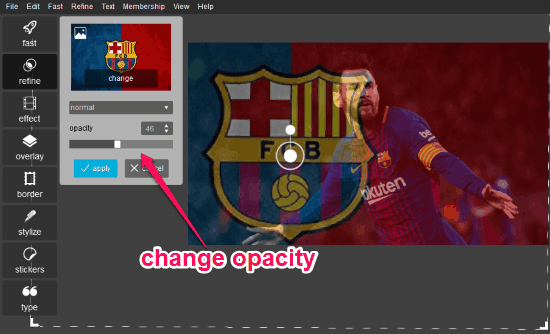 Step 3: You will also see an option to apply different blending modes to the photo like darken, multiply, color burn, color dodge, overlay, and more. After you’re done with that, you can go ahead and save the double exposure photo to your PC.

How to Create Double Exposure Photo with Paint.net:

Step 1: To begin, you would need to open Paint.net and then select the first image either by drag & drop or using the “File” menu. Then you can proceed to select the second image.

Step 2: To add the second image, simply drag and drop it on top of the first image. As soon as you do that, it will ask you to open the image as in a new window or add as a layer. So, choose the “Add Layer” option and the image will be added on top of the first image. After that, double-click on the second layer visible on the “Layers” palette and then a “Layer Properties” popup will appear. Now, you can apply the double exposure effect just by changing the opacity of the second image. 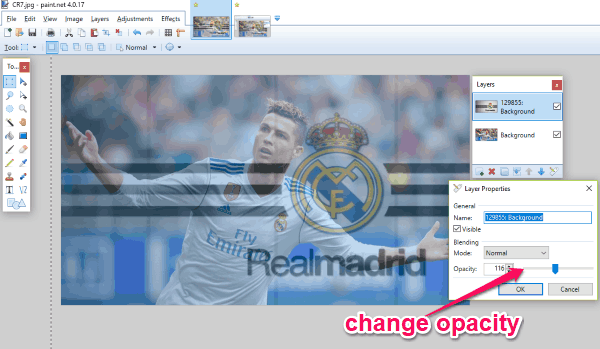 Step 3: Once you’re done with changing the opacity, you can also apply different blending modes to the resulting photo, like additive, reflect, glow, negation, and more. When you’re all set, you can proceed and save the double exposure photo on your PC.

How to Use Krita to Create Double Exposure Photo:

Step 1: To get started, the first thing you need to do is open up the first image that you want to use for creating the double exposure photo. After that, drag and drop the second image on top of the first one. Then it will ask you whether you want to add it as a new layer, new file layer, etc. So, select the “Insert as New Layer” option. 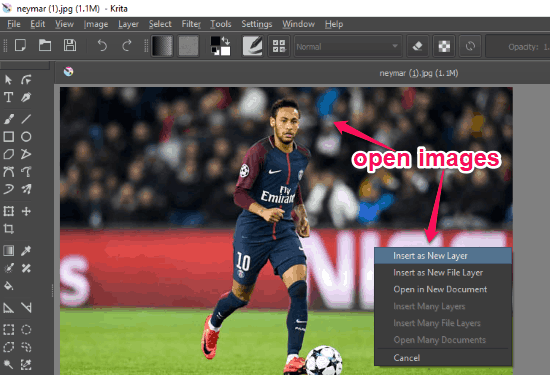 Step 2: As soon as you do that, the second image will be added as an overlay to the first image. Now, what you need to do is change the transparency or opacity of the second layer. You can do that by selecting the second layer on the “Layers” palette on the left and then dragging the “Opacity” slider. This will add the double exposure effect to the photos. 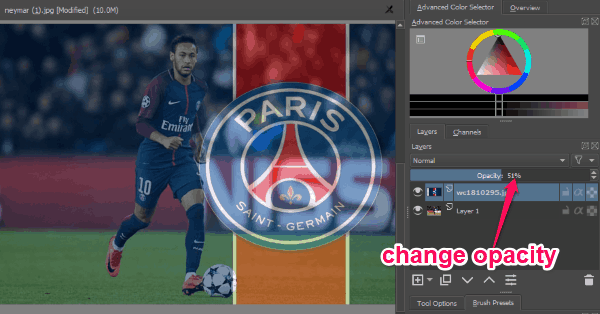 Step 3: In this double exposure photo maker, you will also find the option to choose different blending modes including erase, lighten, saturation, soft light, luminosity, and so on. You can easily add any of these modes to the photo and make it look more appealing. Once done, you can export the double exposure photo with ease.

Pinta is another simple double exposure photo maker which you can use to easily create some eye-catching double exposure photos on your PC. You can easily select two photos and then combine them using layering to get the resulting photo. It also lets you use various blend modes to give your photo a great look.

How to Create Double Exposure Photo with Pinta:

Step 1: First, you would need to open Pinta and import an image to the first layer. You can do that by simply dragging & dropping an image or use the “File → Open” menu. After that, you can proceed and import the second image from your PC. To do that, click on the “Layers” menu and then select “Import from File” option. 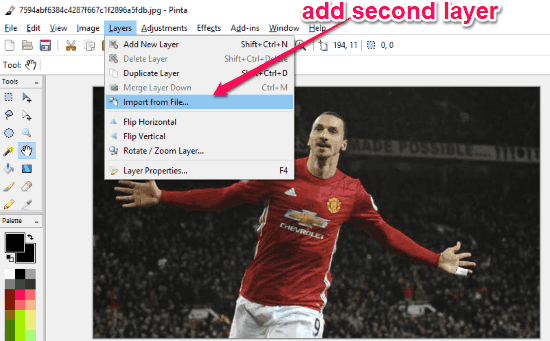 Step 2: Now, you can pick any image you want which will be added on top of the first layer. Now, under the “Layers” palette double-click on the second layer to open up the “Properties” window. After that, you can create the double exposure photo by reducing the opacity of the image. 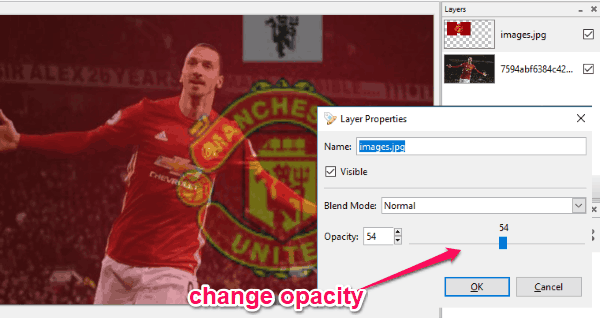 Step 3: You can also make the photo look more interesting by adding different blend modes from the “Properties” window. It supports almost all the popular blending modes like multiply, color dodge, color burn, and so on. Once done, save the resulting photo from the “File” menu.

How to Use GIMP to Create Double Exposure Photo:

Step 1: After opening GIMP, simply import an image either by selecting “File → Open” menu or just drag & drop it. Then you would need to select and add another image to the second layer. For that, click on the “File” menu and select the “Open as Layers” option from the list. 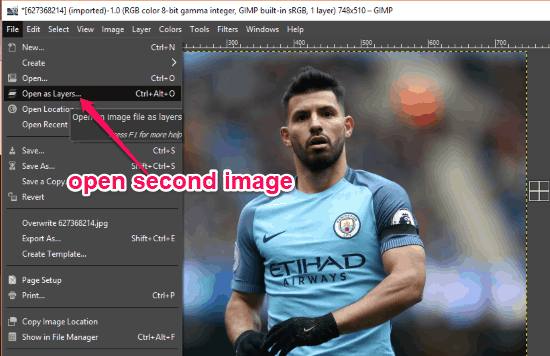 Step 2: After that, select any image you want and it will get added on top of the first image as an overlay. Now, what you need to do is select the second layer under the “Layers” palette and use the “Opacity” slider to decrease the transparency of that layer. This will create the double exposure photo for you. 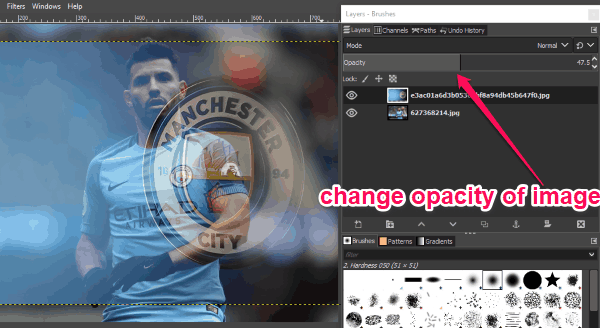 Step 3: At the top, you will also see the option to apply blend modes to the photo like luma, linear light, burn, divide, hue, and so on. When you’re done, simply export the double exposure photo to your PC.

Try these software and let me know which one you liked.