Here you will learn about 5 free Android apps to add lomo effect to photos. These apps can help you easily add a beautiful lomo effect to any photo you want. To do that, you can simply open these apps, select a photo, and add the effect with just one tap. Applying this effect will make your photos look amazing, as it adds unique coloring, soft focus, dark vignette, and high contrast to them. Some of them even have different versions of lomo effect for you to use. Not just lomo effect, these apps bundle dozens of other effects for adding to photos.

These lomo effect apps for Android are actually core image editor apps. That means you will also find many other editing tools (like crop, resize, refine, reshape, etc.) to edit the photos before adding the lomo effect. If you like this effect, then try some other effects like Color Splash, Vignette, Tilt-Shift, etc. to make your photos stand out. 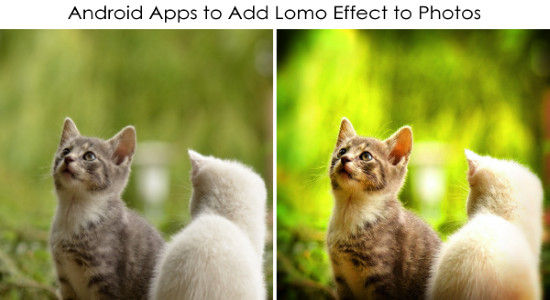 So, let’s get started with the lomo effect apps for Android. 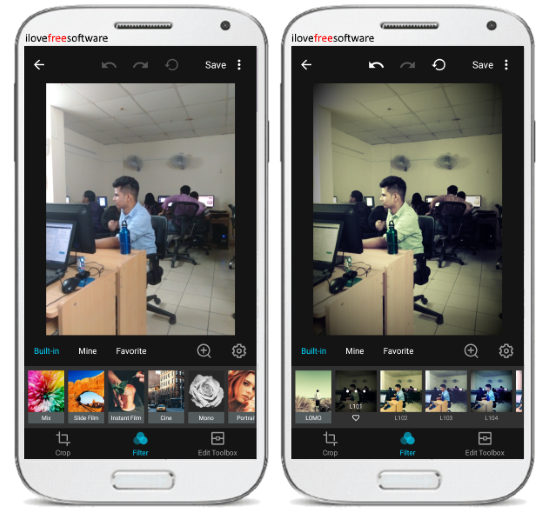 Mix – Photo Editor Pro is one of the best free Android apps to add lomo effect to photos. It allows you to select any photo and then apply the lomo effect with a single tap. The best part of this app is that it is not limited to a standalone lomo effect, but instead offers different versions of the effect. To get started, you would need to simply open the app and tap on the “Edit” option to select the photo. You can either choose one from gallery or use the camera to capture a new photo.

As soon as you do that, all the available photo filters (like Slide Film, Cine, Mono, Lomo, Heavy Metal, etc.) will appear at the bottom. Now, select the “Lomo” effect to see the different versions of it. After that, you can apply any of the lomo effect versions to the photo just by tapping on it. It also allows you to adjust the strength of the effect by a dragging a simple slider. You can then save the edited photo with ease. 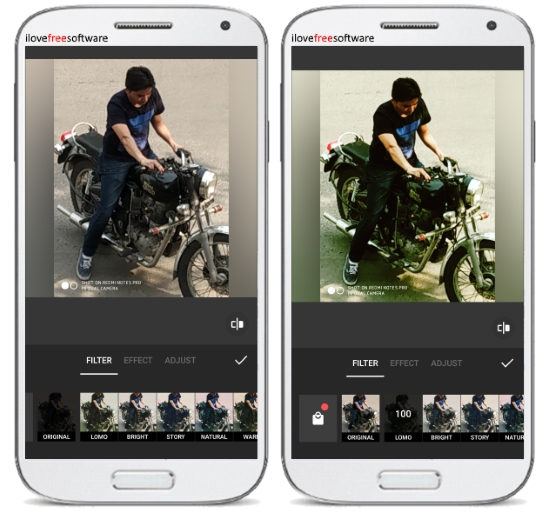 Inshot is another free Android app that allows you to easily add lomo effect to photos. You can simply select a photo and add the effect in no time. Unlike the “Mix – Photo Editor Pro” app, this one comes with a standalone lomo effect which you can apply to your photos. To use this app for the task, open the app and tap on the “Photo” option. After that, you can select any of the existing photos or use the app’s camera to take a new photo.

Once you’re done selecting the photo, the photo editor will open and you would need to select the “Filter” option at the bottom. As soon as you do that, you can see the photo filters offered by this app like Bright, Story, Natural, Dew, Lomo, Memo, etc. Now, simply tap on the “Lomo” filter to apply the effect to the photo. You can double-tap on it to change the effect intensity using the “Strength” slider. Once done, you can save the photo to the gallery. 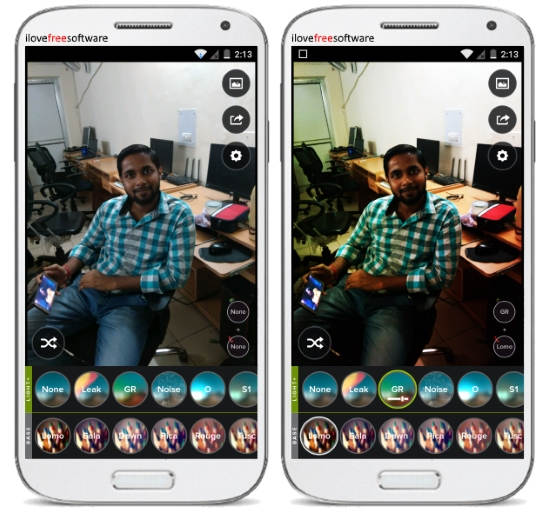 Kalos Filter is also a free app for Android that allows you to seamlessly add lomo effect to photos. Similar to “Inshot”, this app also offers a single lomo effect for you to apply to your photos. For using this app, simply open it up and then you can see the option to choose the photo from your gallery. After you select a photo, you can see the supported effects at the bottom of the screen. It actually has two different sets of filters named, “Base” and “Light+”, and you will find the lomo effect in the “Base” set.

To use the lomo effect, just tap on it and then the effect will be applied to the photo automatically. After that, you can use the filters from the “Light+” set to give a stunning lomo color tone to your photo. Once you’re done with applying the effect, you can export the photo to your phone storage. 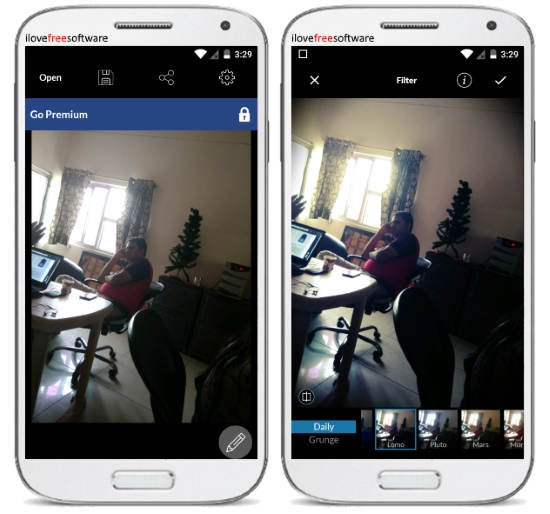 LightX Photo Editor is also a simple Android app which can be used to turn your photos into something stunning by adding lomo effect. To do that, simply open the app and then you can take a new photo using the camera or use one from the gallery. After that, tap on the “Edit” icon and choose the “Filter” option from the menu. This will open the editor and you can see all the photo filters provided by this app at the bottom. Now, choose the “Daily” filter set and select the “Lomo” filter.

As soon as you do that, the lomo effect will be applied to the selected photo. You can manipulate the depth of the effect by using other tools offered by this app like Color Mix, Refine, Balance, and more. When you’re all set with applying the effect, you can save or share the photo with ease. 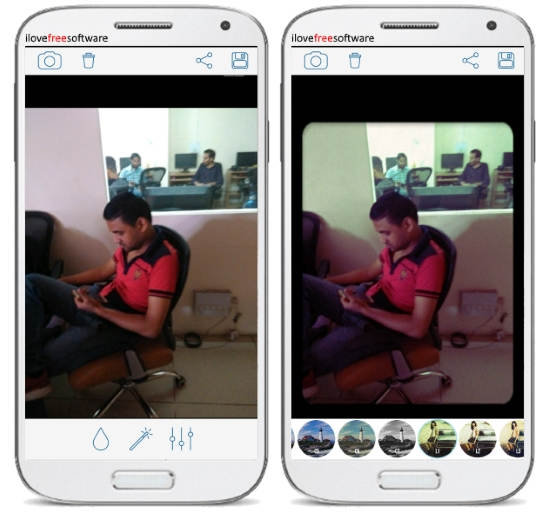 DSLR Camera Effect can also help you add lomo effect to photos. This app does have multiple effects with lomo color tone named as L1, L2, L3, and more which you can use on your photos. You can simply open this app and then select a photo either from the gallery or use the camera to capture a new one. After that, tap on the “Filter” icon to see all the photo filters offered by this app. The filters will be visible at the bottom of the screen.

Now, scroll through the filters and you can see the “Lomo” filters in the list. After that, you can apply any of the filters to the photo just by tapping on it. You can also double-tap on the lomo filter to change the intensity of the effect as you desire. You can then save the resulting photo for free.

These are some of the best free Android apps which you can use to turn your photos into something visually appealing by adding lomo effect to them. These apps are pretty easy to use and you can add the effect with minimum effort. What I like about these apps is that they are completely free to use. So, go ahead and give these apps a try.