Apart from encryption, these cloud storage services provide all other common features which you will expect from an online storage service. So let’s take look at each of these services one by one to see what encryption technique they use and what they have to offer. 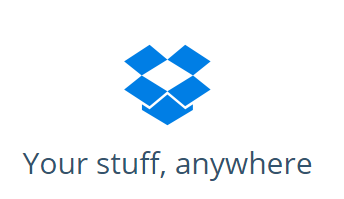 I will start this list with one of the most popular cloud storage service Dropbox. For the encryption of data, Dropbox provides it for both transfer and storing. It uses Secure Socket Layer (SSL) and 256-bit AES encryption for keeping your data secure from the eyes of intruders. Besides these techniques, Dropbox also offers two-step verification to add an extra layer of security to your data.

Dropbox also offers a lot of others features to you. To know about them, read the full review of Dropbox.

Box is the second cloud storage service for you which provides encryption. Box claims that it provides encryption for all the data starting from the transfer of it to the point of saving it and even after that. It uses 256-bit AES encryption for storing the data which is in addition to it also has an encryption key-wrapping strategy. You can also avail the benefit of 2-step verification just to be extra sure.

The third cloud storage service provider is SpiderOak. The company claims that they encrypt the data of users at each step, starting from uploading of the data till finishing at downloading of the data. However, they didn’t mention the name of encryption technique which they are using to encrypt your data.

Apart from this, SpiderOak also claims themselves as Zero Knowledge backup provider. It means that not even their employees know about your data and its contents. All the data gets encrypted at the user’s end which means only user can decrypt the data and no one else, not even SpiderOak administrators. It means that they can’t help you in recovering your data if, in any case, you forget the password.

IDrive is the second last cloud storage service with encryption in this list. Don’t confuse it to be a service from Apple because of an “I” in its name. It has nothing to do with Apple or any of its products. IDrive lets you transfer and store your data which is encrypted using 256-bit AES encryption algorithm. As per their claim, the data is encrypted with the key generated by user which doesn’t get stored anywhere on their servers.

So these were the 5 cloud storage services that encrypt data during transfer and also after storing them. Check them out to see which one suits your need the best.

You may also like: 5 Free Cloud Storage Apps for Windows 8.