This article covers a simple method to share WiFi without sharing password in Android Q. Generally, you need the WiFi password to share the WiFi but this new method makes that obsolete. With this new feature in Android Q, you can share your WiFi with others simply by scanning a QR Code.

This feature is not actually new as many Android OEMs (e.g. Xiaomi, Huawei, etc.) are offering this feature from a while now. But, as Google adopted this feature in the Android Q Beta now so hopefully it will be integrated into the upcoming Android version. This means all the phones with Android Q will have this feature.

This feature comes handy when a friend or someone asks you to share your WiFi. Instead of telling them the WiFi password, you can ask them to scan the QR Code. This way, your WiFi won’t be revealed so you won’t have to change it later.

Also read: How to Change Lockscreen Clock in Android Q?

To be able to use this feature, both parties must have a phone running Android Q. If this condition is satisfied, you can create QR Code and scan it on another phone to share the WiFi. 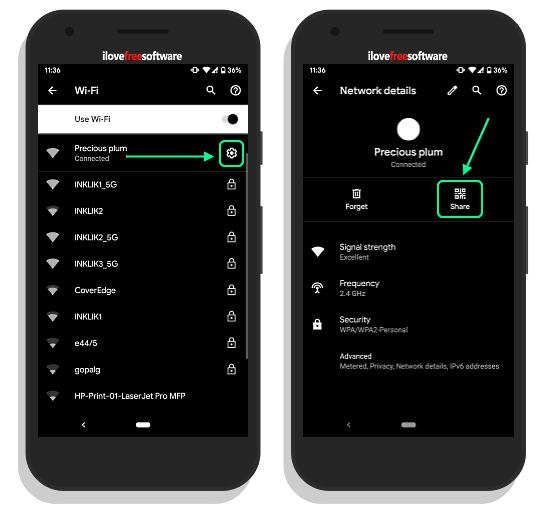 Creating a QR Code for WiFi sharing is simple. First, open the WiFi settings on your phone (the phone which is already connected to the WiFi network). Then, tap the gear-shaped icon next to the connected WiFi network. This opens the Network details of your WiFi. There is a Share button with QR Code icon on this page, tap that button to create the WiFi sharing QR Code. 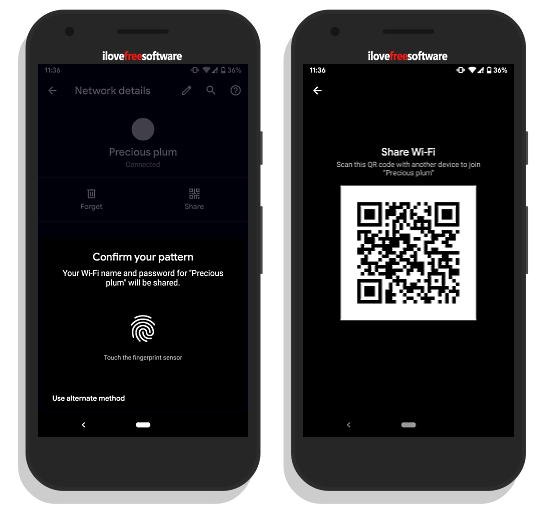 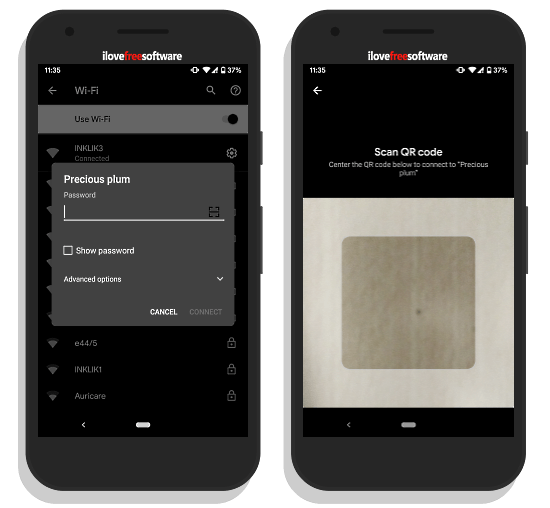 This WiFi sharing with QR Code is a neat feature to share your WiFi. This way, you no longer have to disclose your password or embarrassingly ask for typing it yourself. Whatever the situation is, now there is a solution that would be widely applicable with the upcoming Android Q.