Google has recently launched the first beta of the next version of the Android operating system that goes by the acronym, Q. The new OS packs numerous new features along with some hidden features. System-wide Dark theme, Desktop Mode, New Lockscreen Clocks, WiFi Sharing QR Code are the new features to name a few. Apart from these, there many  more hidden features which are being gradually discovered by the users.

Also read: How to Get iPhone X Gestures on Android?

How to Enable Native Screen Recorder in Android Q?

Enabling native screen recorder feature in Android Q is fairly simple. You can easily do that with the following steps: 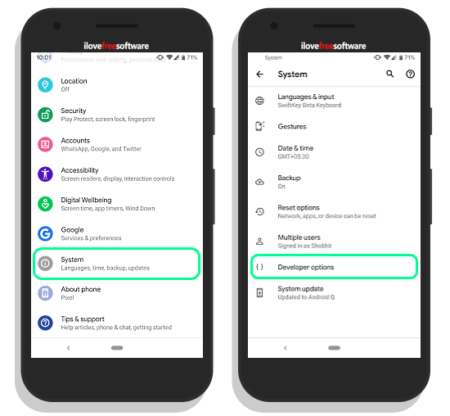 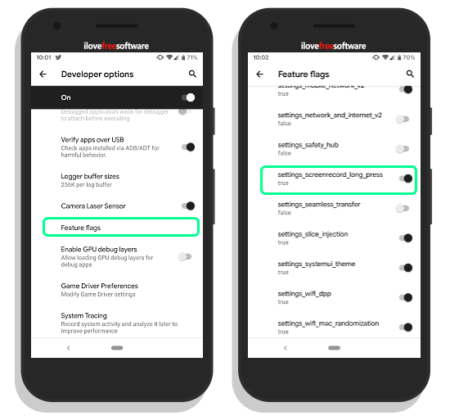 This flag is responsible for the native screen recording feature on Android Q. Its value is set to false by default; toggle it to change the value to true which will enable the feature.

Do note that, in the first Android Q beta, this flag is reset to false value on reboot so you have to enable it again on each reboot.

How To Use Native Screen Recorder In Android Q? 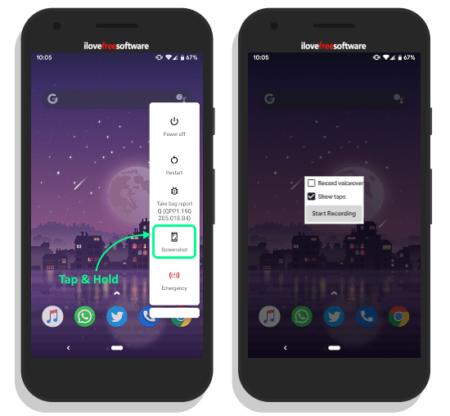 To use the native screen recorder to record the screen, tap and hold the screenshot button. This opens an overlay on the screen with a Start Recording button. The button is accompanied by two options feature to show the taps and record voiceover while screen recording.

This is how you can enable the native screen recorder on Android Q and use it to record the screen.

Finally having the screen recorder built right into the Android OS is very convenient. With native screen recorder, there is no need to install any third party screen recording app which might raise some privacy concerns. This feature works pretty well; you can use it to record gameplay, tutorial videos, walkthroughs, etc.