If you are a zombie games lover, then you will surely love this list of 5 free Zombie run games for Android. In these endless-running zombie games, you have to make zombies or human characters run on a track and make them run as far as they can by avoiding pitfalls and obstacles. In one game, you can even form a zombie team to cause havoc and eat anything that comes in your way. In others, you can either choose a zombie character or human character to run on an endless track. In case, you want to play zombie games on Facebook then check out this list. 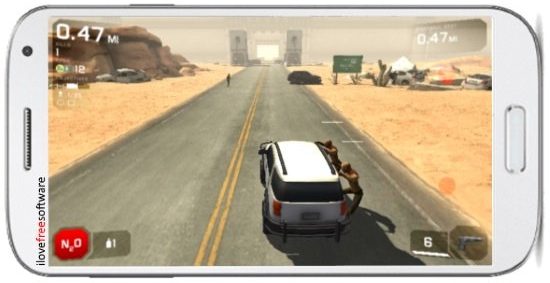 Zombie Highway 2 is a free zombie run game in which you have to drive a car as far as you can by protecting it from zombies. Zombies will jump on your car and try to topple the car. In your defense, you can shoot them with powerful weapons and make them fall by dragging them against the other cars and items on the highway. The controls are pretty simple. The car automatically drives itself, you just need to tilt your device to move it left or right. To fire a gunshot to a zombie, tap on any top left or right corner which depends on which side the zombie is hanging on your car. There are 11 different types of zombies, 6 different cars, and 67 objectives. Go ahead and install this game to enjoy one of the best zombie run experience on your phone. 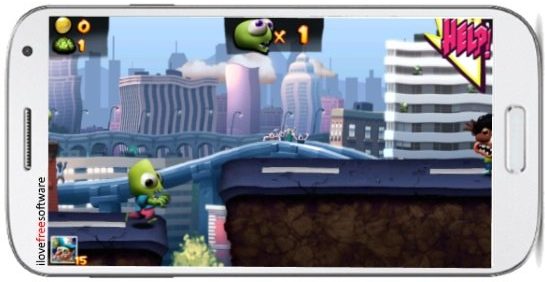 As its name suggests, in Zombie Tsunami, you have to make zombies run in an endless gameplay. The game begins with a single zombie which you need to make run through the track by avoiding obstacles and preventing the zombie from falling off the track. The best part is that you can increase the number of running zombies to form a gang and to destroy any object on the track that comes in your way. There are 10 different powerups on the track that you can collect to make zombies more powerful and perform cool tricks like make them ride on a Tsunami wave, UFO, etc. Similar to other endless running games, you need to collect coins to unlock zombie birds, upgrades, and zombie hats. 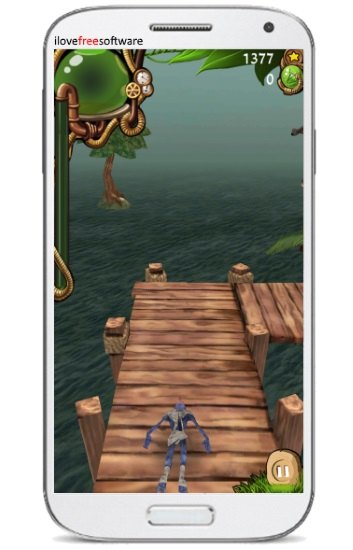 Zombie Run HD is another free Zombie run game which is quite similar to Temple Run. If you have played Temple Run before, then you will find it quite similar to it, in terms of graphics and gameplay. The only major difference is that here you have to make a zombie run instead of Temple Run characters. Zombie Run HD also lets you choose between different types of characters but you need to unlock this feature by downloading another game. If you don’t want to do this, then you will just have to play the game with a single zombie character. Collect coins, upgrade abilities, and increase multipliers by completing objectives to progress through the game. The controls are also very easy. Swipe left/right to move zombie left or right, swipe up to make it jump, and tilt device to collect coins. 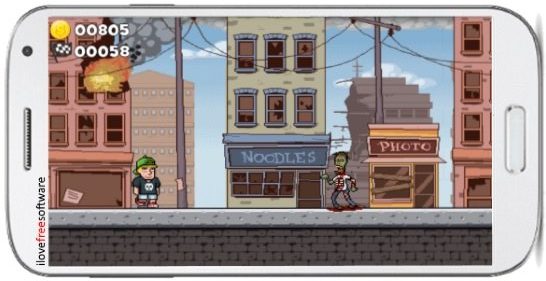 In this retro Zombie Run Game, you will play as a human character and make sure that you are not killed by the zombies. Basically, it is also an endless-running zombie game, where the character you select will run on the rooftops of buildings and you need to protect it from zombies by making the character jump. In order to progress through the game, you need to collect coins which can be used to unlock more human characters and buy powerups to attract coins from a distant place, get a shield, etc. The gameplay is quite good and the controls are super easy. With just a tap, you can make the character to jump and a long tap will make sure that it jumps even farther. Do check out this simple zombie run game. 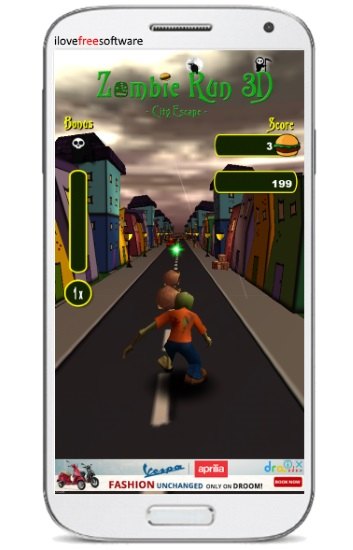 Zombie Run 3D is yet another thrilling zombie run game with excellent graphics. The game is pretty simple as there is no locked powers, upgrades, etc. You can simply play as a zombie and make it run as far on an endless city track, as shown above. The city track has many obstacles from which you need to protect the zombie by making it move to different lanes and jump/slide in to dodge the obstructions. However, your zombie is not as weak as you think and can kick ghosts to make them disappear from the track. There are 3 modes to play which are easy, normal, and fast. So, if are not a pro gamer, then you can play this game at easy or normal level. If you want to check out your gaming skills then play it in the fast mode. Its gameplay is very thrilling, you can collect powerups to make zombie invisible, boost up speed, kick other ghosts, etc.

In this article, I introduced you to 5 free zombie run games. My favorites from the list are Zombie Highway 2, Zombie Tsunami, and Zombie Run Game. Do check them all out before making a decision and let me know which one you like the most by posting your comments below.