This is a quick tutorial to explain how to enable Taskbar Overflow in Windows 11. Here I will show you how to enable the new Taskbar Overflow feature in Windows 11 if you don’t already have this, then you can follow the simple guide mentioned here in this post. Here I will talk about a simple software that you can use to do it in a few clicks. And if you later want to disable this feature then you can do that as well.

When the Windows 11 taskbar runs out of space and then you open more apps then their icons start disappearing. At least this is the behavior in the earlier builds. But now, developers have released a new feature called Taskbar Overflow. Now, when this feature is enabled, it will add more space in the Taskbar in a popup. At the end of the taskbar, a menu is displayed and when you hover over it, it will show the app icons that were invisible before.

Right now, you can go ahead and experience these features in dev insider build 25163 of Windows 11. But even if you don’t get this feature somehow then you can always enable it manually. The process to do it is mentioned below. How to Enable Taskbar Overflow in Windows 11?

In order to do this, we will use a simple software called ViveTool GUI. This software is basically used to enable the hidden features of Windows. All you need is the feature id, supply to it and then simply enable that feature.

You can download ViveTool GUI here. It runs in portable mode, so just launch it right after you have downloaded it. The main interface will look like this. 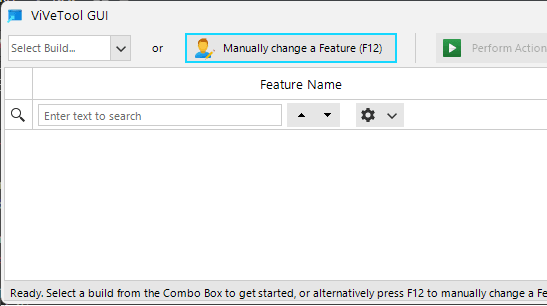 Press F12 to open the popup to manually enable a feature. In the box, you just enter “35620393” and then from the dropdown, select Activate Feature option. Similarly repeat the process and then activate the feature “35620393” as well. 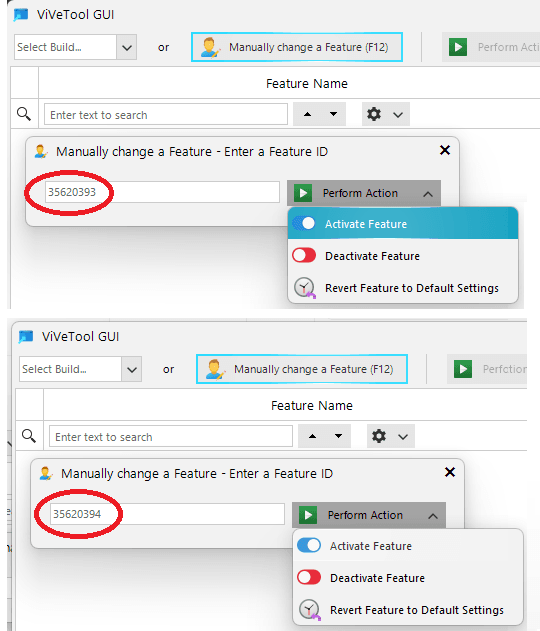 Now, you restart your PC and then simply open a lot apps so that there would be no space left in the Taskbar. You will see a new menu appear and when you hover over it, it will show you icons of the rest of the opened apps. 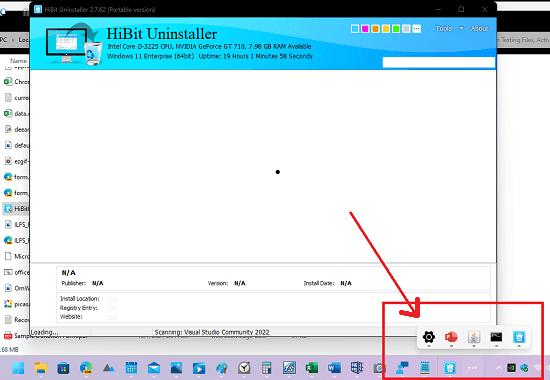 In this way, you can make use of this simple software to enable the new Taskbar Overflow feature of Windows11. Just give it a try and if you often give feedback then your build must have this feature enabled by default.

If your Windows 11 insider build doesn’t have the Taskbar Overflow feature by default then you can force enable it. And I have mentioned the process above. Just follow the steps and then you will have this feature to experience in a few seconds. And I hope it releases in the stable Windows 11 update soon.