Let’s learn an easy way to translate Japanese Manga to English with a free Chrome Extension. We often use google translate software to translate various forms of text which are available in around 109 languages. But what can we do if we need to translate a Japanese text written in an image or in comics? Definitely, the google translate and any other translation websites will not work in this case. In this tutorial, we bring to you a Chrome extension tool called Anity Translator that is pretty suitable for this type of task.

This is mainly a Chrome add-on that annotates all manga images in the browser free of cost. It reads Japanese manga online and translates it to English in a single click. Alongside this, you can also learn kanji meanings and the readings. So, if you want to know more about this extension tool and its work of translation, you need to move to the below section and have a look at the contents.

Translate Japanese Manga to English with This Free Chrome Extension

In order to translate Japanese Manga to English, Google has launched an extension tool that is available on the Chrome Web Store. This tool is basically designed to annotate the manga images in English so that people who are not a native of Japan, can also read and understand the Japanese manga. So, to use this useful tool, you need to visit the Web Store of the Chrome browser using this link. 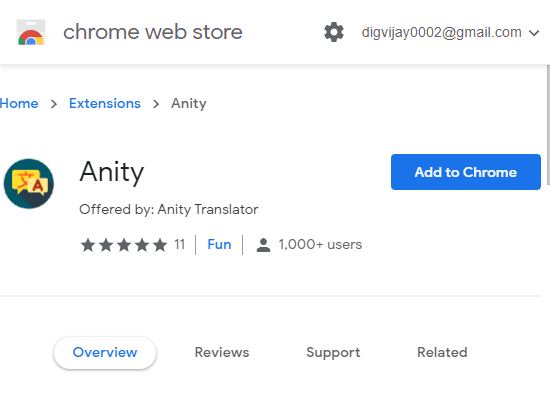 Once you are on the Chrome Web Store page, you have to sign in using your Google account if you haven’t signed in already. After that, click on the “Add to Chrome” button available in blue color next to the Anity extension tool. 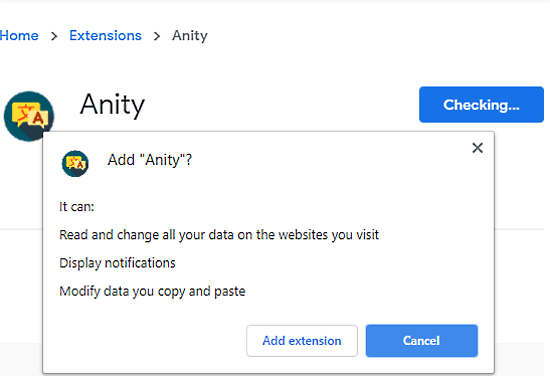 Click the blue button to install. In order to read and change all your data on the websites you visit, it asks your approval. So, when a pop-up prompts on the screen, click on the “Add extension” button as shown in the above snapshot. After installation of the Anity extension, you will notice a small icon named “A” next to the address bar. 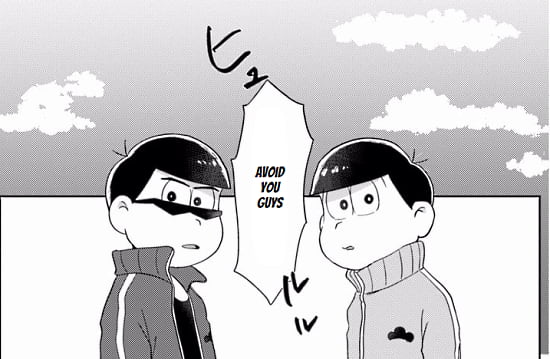 Now, you need to go to a website that supports Japanese manga and then click on the Anity extension. Clicking on the extension tool, a context menu appears where you have to select the Translate option from the list. In a second, it begins the processing and a loading symbol starts rolling on the page. After a bit, it starts showing the manga into the English language.

When you hover the mouse pointer to the translated English character, it gets highlighted and the text bubbles become clickable. It indicates that the highlighted part has been identified and now it’s in translated form. 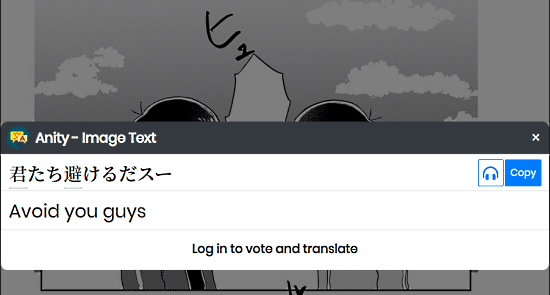 Clicking on the text bubbles opens a layout that shows the original text of the Japanese Manga and the translated English as well. In the above snapshot, you can see that some of the Japanese characters are underlined. 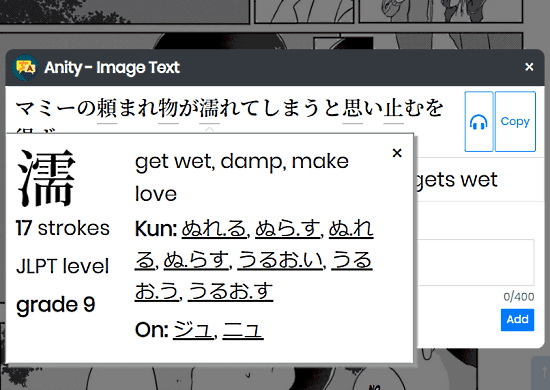 If you click on these underlined characters, a window box opens which gives you more information about that specific character. It might be helpful especially for those who are keenly interested in learning the Japanese language.

In the right end, there is a music button that can be used to listen to the pronunciation of the written characters. Near the music button, there is a Copy option. Using this option, you can copy the Japanese character and can practice the way to write it.

Anity is a Chrome extension tool that is basically used to translate the Japanese manga to the English language in the browser. I’m not a Japanese manga reader but while writing this article, I used it a bit. And now I’m going to consider it again. Actually, the most interesting thing about this app I like is the Kanji reading and its meanings. Apart from the benefits of the translation, you can also learn the Japanese meaning and the way to read & write it. The tool really works nice and the method to use is quite straightforward that needs no more explanation. Overall, it is an amazing app for non-Japanese person who keeps interest in manga. Furthermore, if you’re a Chromium user, you can use this application as well.