If you’re a die-hard Hollywood fan like me, then you must have watched the teaser or heard gossips about the upcoming movie “Central Intelligence” starring Kevin Hart and Dwayne Johnson. Would you like to be a part of this movie in any of the scenes? Well, guess what, there is a free online application “Central IntelliGIF” that allows you to add yourself to some of the scenes of Central Intelligence. The bad news is that you will not like really appear in the movie, but instead, you can add your photo to the scenes and show off your creativity.

Central IntelliGIF lets you choose between 8 different GIF scenes from the movie and add your own photo to it. To make the GIF look real and hilarious, make sure that you capture or upload your photo that fits perfectly with the scene. It even has the options to rotate, scale, and brighten the photo which you have added to make the impression more realistic.

It may look like other GIF maker websites, but it’s way more fun and exclusively for the die-hard fans of Dwayne Johnson and Kevin Hart.

How to Add Yourself to a Scene of Central Intelligence Movie: 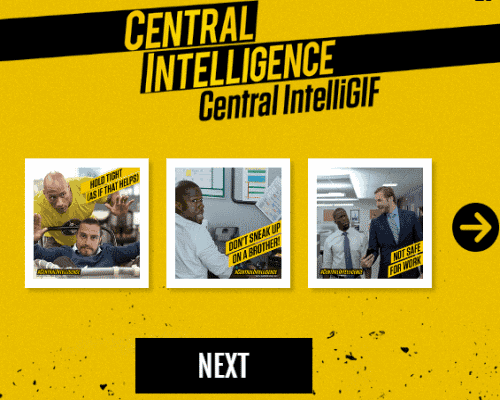 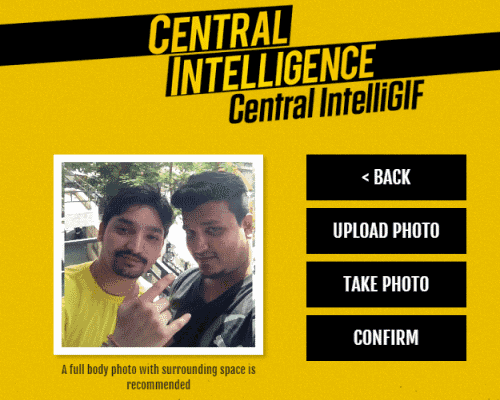 Step 3: After you capture or upload a photo, it will also recommend you about uploading a photo which will fit perfectly with the selected scene. You can see the recommendation below the photo frame as shown in the above image. When you’re good to go, simply click the “Confirm” button to proceed.

Step 4: Now, the editing screen will appear where you can scale, rotate, and adjust the brightness of the uploaded photo. You can simply drag the slider associated with each editing option in order to make changes. To make the photo fit perfectly with the scene, you can click on the photo frame and drag the photo as required. 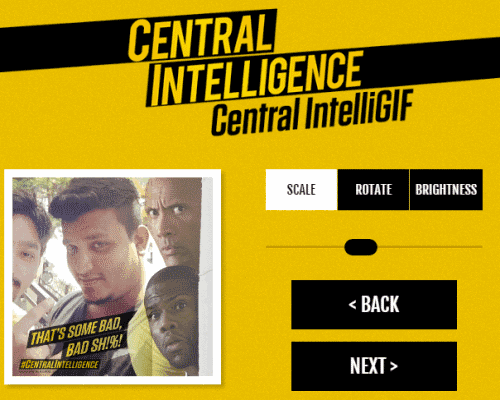 Step 5: Once you’re done with editing, click the “Next” button on the right and then hit “Finish”. After that, it will take a minute or two to generate the GIF that includes your photo along with the animated movie scene. When the GIF file is generated, you can either download it on your PC or share it directly via Facebook, Twitter, and Tumblr. 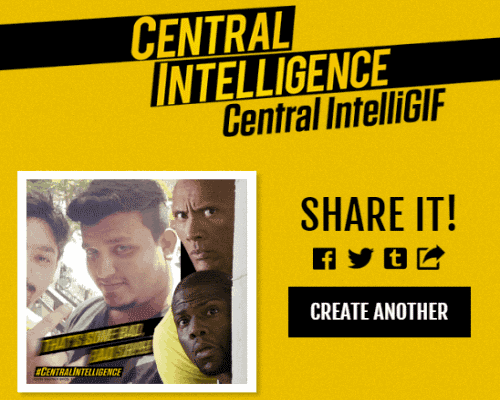 Central IntelliGIF is a fun web application that allows you to create a GIF by adding your photo in a scene of the movie Central Intelligence. Currently, it only allows you choose between 8 different movie scenes, but it would have been better if there are more than 8 scenes. Anyway, it is a great application and I can’t wait to stand aside Dwayne Johnson.