Toolwiz Eyes is a free iPhone app for blind and visually impaired that tells things around you. Using this app, the people who are either blind or visually impaired will be able to know what objects lie around them. For this, all you got to do is open up the app, point the camera to any object, and it will automatically tell you about the object with the help of voice and text. For example, if you point the camera to a sunglass, then it will automatically detect the object with the help of built-in AI technology and speak out the word “Sunglasses” loudly. It will also display the word “Sunglasses” under the camera on the app.

Currently, it can help visually impaired and blind people to identify more than 5000 objects including electronic items, wearable, vehicles, plants, and more around them. Doing so, it can ultimately bring convenience to your day-to-day life if you have difficulty with your eyesight. 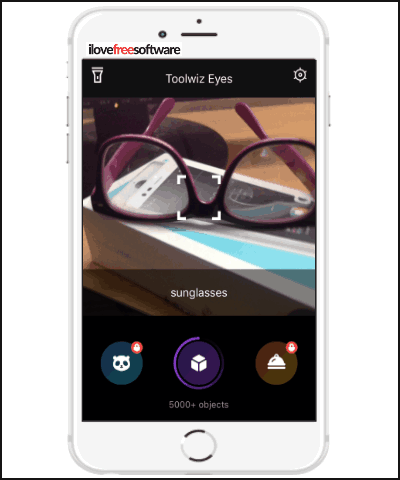 Toolwiz has been developing various useful apps and software like Toolwiz Photos, Toolwiz Smart Defrag, Toolwiz Flipbook, and more. And this time they have come up with this iPhone app named, “Toolwiz Eyes” to help blind and visually impaired people see the beautiful world by listening to the surroundings.

How to Use Toolwiz Eyes on iPhone to Know What Objects Lie Around You:

First, you need to simply open up “Toolwiz Eyes” on your iPhone and then the built-in camera will appear on the main screen. Unlike the normal iPhone camera, it doesn’t have any option to capture images as the purpose of this camera is to identify objects and speak out their names. If you want then you to enable the flash such that you can use this during night as well. 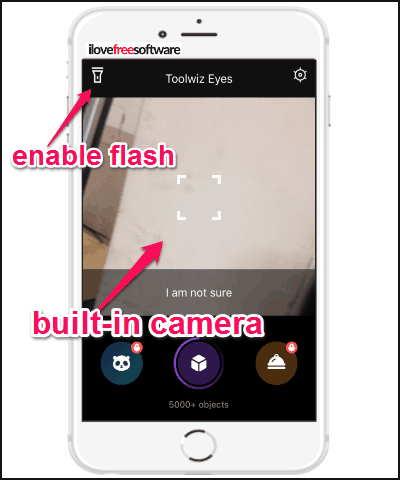 Now, what you need to do is simply point the camera to any object in your surrounding. As soon as you do that, the app will automatically try to identify the object and speak out the name of the object loudly. By default, the voice language is set to English and spoken by a lady. It will also show the name of the object at the bottom of the built-in camera. From the settings, you can change the language and the speed of the voice. Currently, it only supports English and Chinese language. 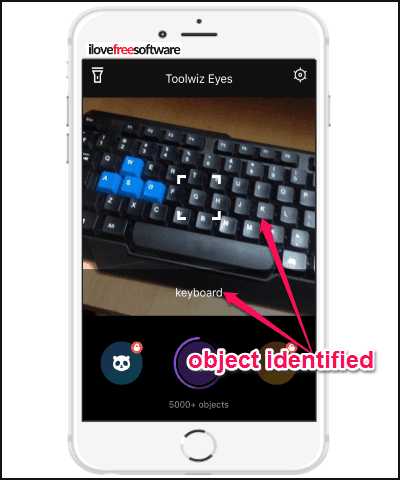 When you point the camera to any object and the app gets confused about it, then it will speak out multiple object names which may resemble the object, as shown below. 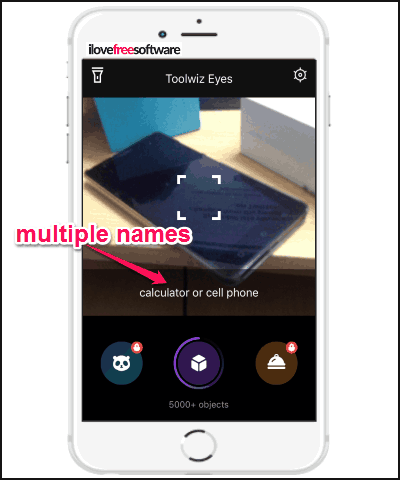 If the app completely fails to identify the object, then it will simply say “I am no sure about it”. But, you don’t have to worry about it as the app is adding more objects to its database and detection list day by day. 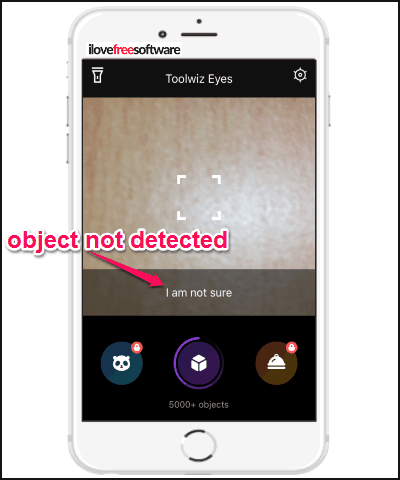 Toolwiz Eyes is definitely a useful iPhone app for blind and visually impaired people. This app makes it very easy to identify the objects around you. Simply point the camera to any object and the app will speak out the name of the object. So, if you have an eyesight problem or you know someone who is blind or visually impaired, then you can given this app a try for adding convenience to your and other people’s life.

Get “Toolwiz Eyes” from here.