Here is a list of 5 best free soccer games for iPhone. These games come with high-quality realistic graphics, responsive touch control, online gameplay, global leaderboard, and plenty of other interesting features. You can play these games by creating your own team and customize the team attributes. You can play various tournaments, leagues, cups, and take your team to the top of the table. If you’re a soccer freak like me, then you would definitely love to play all these soccer games on your iPhone.

There are dozens of soccer games available in the App Store, but many of them have bad graphics or let you play free kicks, penalties, and shootouts only. But, if you want to play hardcore soccer games on your iPhone, then you can go ahead and play any of the games which I have explained in this post. I have handpicked 5 of the best free soccer games for iPhone which you can play with touch control, creating your own team, managing your squad, etc. 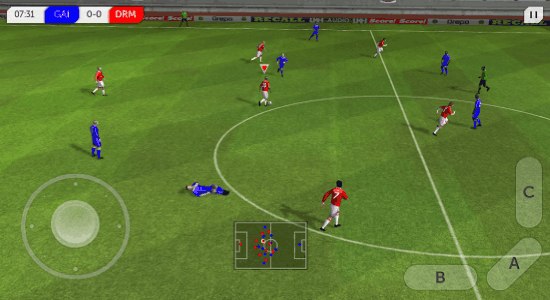 Let us get started with the soccer games. 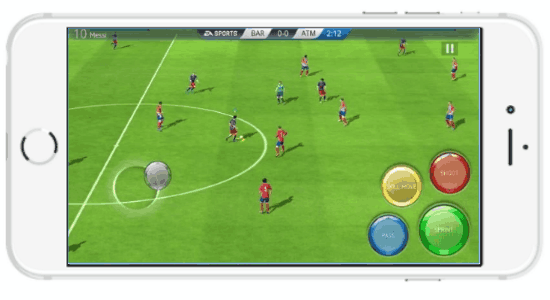 FIFA 2016 is no doubt one of the best soccer games for iPhone. It offers amazing features like online gameplay, responsive touch controls, skill moves, angled replays, audio commentary, unique goal celebrations, and more. One of the best features which make this game stand out from others is the high-quality realistic graphics. You can earn coins by playing games and then use them to buy game packs. The game packs provide player contracts, manager contracts, skills, consumable items, and even players too.

Another interesting feature of this game is that you can build your own team by picking players from more than 500 teams and 10,000 players. In addition to that, you can also personalize your team appearances, team name, jersey numbers, gameplay kits, etc. You can also trade and transfer players as per your team requirements. It even allows you to take your team to the arena for competing against other players all over the world. 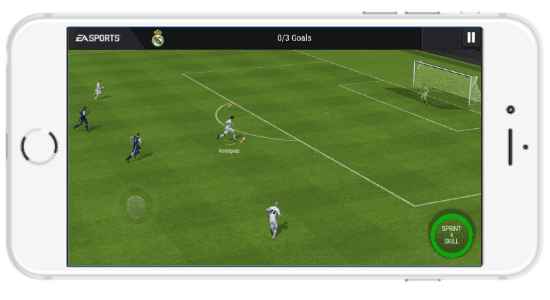 FIFA Mobile Soccer is also one of the interesting soccer games for iPhone. It consumes very less space on your phone as compared to the official FIFA game, which is why it is completely based on online gameplay. That means to play this game, you would need an Internet connection such that it can load all the elements (for the current session) of the game required for playing soccer. This game features more than 17000 real-life players, 650 football teams, and 30+ leagues for you to play. You can choose any of your favorite team and then build (manage) it as you desire.

You can personalize the squad, obtain new players, adjust the line-up, choose tactics, and more to win more matches. One of the unique feature offered by this game is the “Attack Mode”. This mode lets you play thrilling matches with critical stages and in attacking positions such that you can lead your team to the victory. It also lets you play skill-based games such as dribbling, goalkeeping, shooting, etc. This game also helps you stay connected with soccer by offering live events, stories etc. 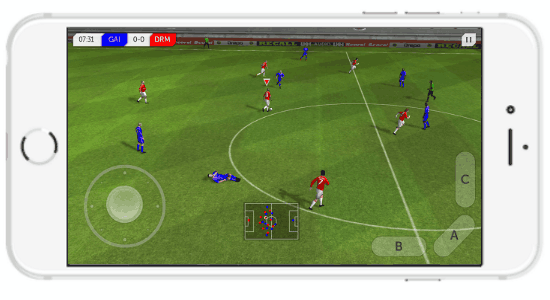 Dream League Soccer is another interesting free soccer game app for iPhone. It allows you to be a manager of your own football club and at the same time you can play matches by controlling your players. You will notice that the gameplay is quite similar to the “Career Mode” of FIFA 2016 but without any player transfers or contracts. You can purchase any player you want with different skill level from the market by using coins. The coins can be earned by winning matches, watching ads, or by completing daily achievements. You can take your team to the top “Elite Division” by playing and winning matches in lower divisions.

Similar to FIFA 2016, the gameplay graphics in this Soccer game app are quite realistic and this app also offers a responsive touch control. As a manager, you will be able to change the team name, edit player kits, modify squad, change line-up, build a stadium, get rid of less skilled players, and more. You can also join online leagues and championships with your team and compete with gamers all around the world. Try to beat the best teams to make it to the global leaderboard. 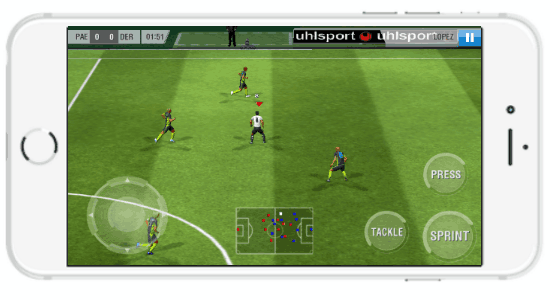 Real Soccer 2013 is also a pretty good soccer game for iPhone which lets you experience a smooth football gameplay with realistic graphics. This game offers dozens of licensed football teams and players with official team names, emblems, logos, etc. It offers various gaming modes like International Cup, Leagues, etc. in which you can play matches and earn rewards. If you want to improve your player’s skills (physical, tactical, or technical), then the best option for that would be switching to the training mode and practice dribbling, shots, goalkeeping, free kicks, etc. The game features more than 300 licensed football stars with official names and clubs whose abilities can be improved over the time.

You can make your own team by recruiting staffs, making deals with sponsors, managing players, etc. Similar to the above soccer games, this one also lets you customize your team by changing team kits, build team stadium, team formation, select tactics as you desire, and more. One of the interesting features of this game is that you can share images or videos of your gameplay with others to show off your soccer skills. 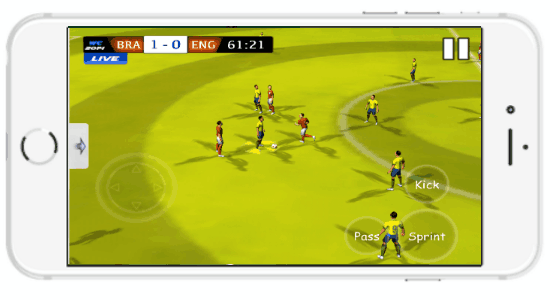 If you’re looking for a soccer game with decent graphics and simple gameplay, then you can try out “Play Football Match 2015“. This game also lets you play soccer with touch control and separate action buttons for Kick, Slide, and Sprint. It offers two game modes named, Quick Play and Tournament. You can play these modes by selecting any of the world’s best national football teams like Brazil, Argentina, etc. The Quick Play mode lets you select any of the team as your own and then play with a random team.

Whereas, in the “Tournament” mode, you have to carry out all the matches with a single team. It is a knockout mode, which means if you lose then you will not be able to qualify for the next round of the tournament. This game offers 3 stadiums from which you can select any one to play the game. You can also track your team progress and status of matches you have played, won, and the success rate.

If you’re more into managing a soccer team instead of playing matches, then here is the best game for you. 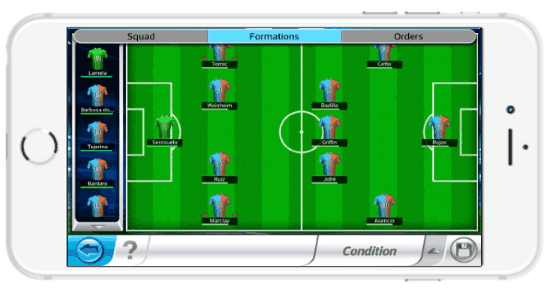 Top Eleven 2017 is another amazing soccer game app for iPhone and iPad which allows you to be a football manager and play matches with your dream team. This game lets you easily manage your team and improve the passion, tactics, and skill of the players which ultimately helps your team go big. The game exhibits more than 5000 real-life players with the similar gameplay attributes and abilities as they have in real-life. You can choose between these players and make them sign a contract with your team.

This free soccer game app for iOS also lets you select official emblems and jerseys from different teams of Bundesliga, Champions League, Premier League, and more for your own team. Being a manager of a soccer team will allow you to conduct training sessions, win matches to earn bonuses, level-up your team, motivate players, build strategies for competing against stronger teams, etc. You can also bid for purchasing players in the transfer market, construct a home stadium, start a football association, enhance your team performance to qualify for Champions League, and more.

If you’re looking for the best soccer games for your iPhone, then all the games in this list would be the best options for you. Personally, I like FIFA 2016 as it offers a realistic environment with amazing features like transfer market, contract based gameplay, responsive control, and more.

Play all these soccer games on your iPhone and let me know which one you liked the most.