This article covers 5 free treasure hunt games for Facebook. Treasure hunt sounds like you have a map and go searching for treasure. Well that is how it should be, but there are 2 games which let you do that in this list. Rest of the games are more like matching games which let you collect jewels. But as matching games are quite popular so I included them in this list as well.

All the games do have nice graphics and background sound. Let’s look at these free treasure hunt game for Facebook below. 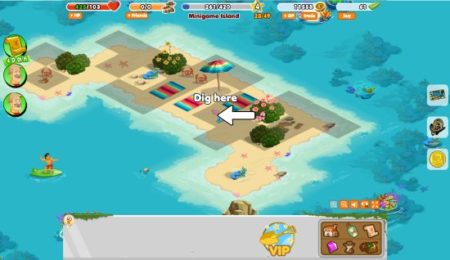 Treasure Madness is a treasure hunt game for Facebook. In this game you literally have to dig to find treasure. You are on an island as shown in the screenshot above. On this island you have to start digging from one spot to another. Some spots you will find treasure and at some spots you will not find anything. Keep digging until you are able to find the entire collection of treasure that you are looking for.

Digging each spot takes away health point from you. So keep in check that you have enough health points to play with. Also you get to play some mini games in between before you are shown what you have found from a digging site. Most of these mini games are the match 3 type. After you clear a entire island by digging, you can move on to the next one. 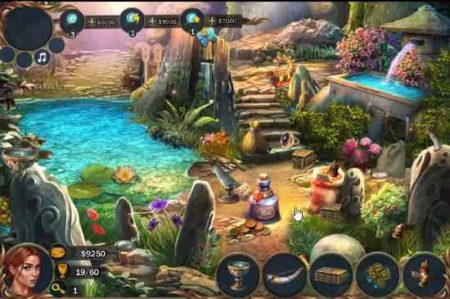 Treasure Falls is a treasure seeking game with beautiful graphics. In this game you start with entering your name and then following the instructions of your guide. You need to go through different levels in search for 3 keys which will open up the treasure for your. To attain each key you have to play 3-4 levels which will also include a bonus level. In each level you will have objects to find in a scene, as can be seen in the screenshot above. The objects to be found are given in the bottom right corner. Find all the objects in the scene and you will level up if you are able to find all the objects. You do get hints to find a object, in case you are not being able to find it.

After you complete 3 levels, you will get a bonus level to play. If you clear that as well then you will receive your first key to the treasure. Similarly, you have to go through 2 more stages to get the other 2 keys. The game has nice graphics and can be enjoyed by any age group. 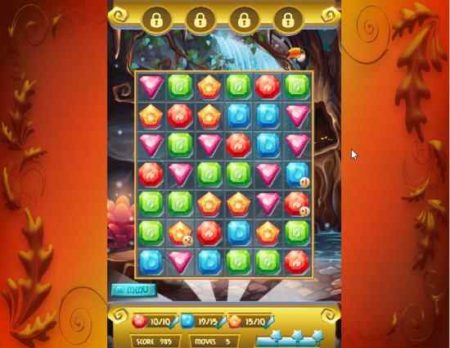 Treasure Hunt is a treasure hunting game for Facebook where you have to collect jewels by matching them. Its like one of the many match 3 games you would have played online. You have to match 3 or more same colored jewels to collect them. Each level will give you a objective as to how many jewels and of which color do you need to collect. This objective can also be seen at the bottom of the game screen. You will the number and color of jewels that you need to collect. The number of moves in which you have to achieve this target is also mentioned.

Once you move up levels you can also unlock boosters which will help you achieve your target faster. This treasure hunt game is more of jewel collection game, but we all love the matching games, so this is definitely enjoyable. 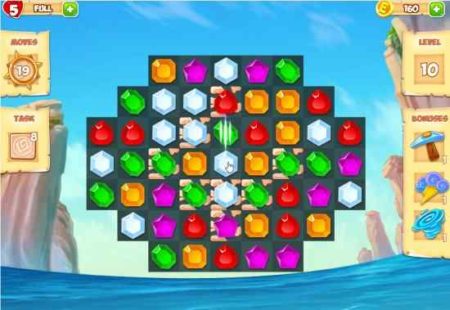 Treasure Hunters is another treasure hunt game on the line of matching games. In this game also you have to match 3 or more same jewels to collect them. The game has awesome graphics and background sound. Start playing with level one and you will be guided in each level on how to play and collect jewels. Match 3 or more same jewels to eliminate them from the board. You will also get boosters which will help you achieve your target faster.

You get 5 lives to begin with and you will lose one life when you are not able to complete a level in the given number of moves. The number of moves you have available in each level is shown at the left side of the screen. You level target is also shown on the left side. So start playing and collecting jewels.

Treasure from the Sea 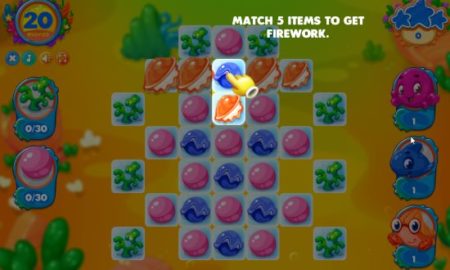 Treasure from the Sea is also a matching game, where you are looking for treasure from a sea which could be pearls, shells, corals, etc. In this game also the game objective will be shown at the beginning of the game. Which will be to collect a certain number of shells, pearls, etc. Then you will be taken to the game play screen as shown in the screenshot above. Now you have to match 3 or more same items to eliminate them from the board. You have to achieve the target in a given number of moves which can be seen on the top left corner.

When you complete the target, you will get a level up screen and a new objective will be displayed to you. The game can also be played in full screen mode. You can also turn the background sound and music on or off. If you are not able to finish the level target in the given number of moves then you can replay the level.

These are the 5 free treasure hunt games for Facebook, which are quite fun to play. Some of the games in treasure hunt are matching games which are quite popular among users of all ages. The game which I liked the most is treasure madness, as you actually go digging for treasure in this game. So try out these games and see which ones you like.