In this article, I’m going to cover the best soundboard apps for Android free. These are fun soundboards where you will find sound buttons and you just need to press them to produce fun sounds. The apps offer several categories such as Memes, Celebrities, Sports, Anime, Music, Cartoon, Films, Videogames, and other sounds. Under these categories, you will find different sounds.

The soundboard apps let you mark sounds as favorites. Besides that, you can upload your sounds. One of the apps lets you set sounds as an alarm, ringtone, etc. It can be a great idea of producing sounds of different dialogues and expressions in the audio. You can create soundboards online as well.

Instant Buttons is one of the best soundboard apps for Android. The app offers several buttons that belong to different sounds. It has a good collection of fun sounds. There are multiple categories for Games, Movies & Series, Kids, Humor, Music, Sports, and other Sound effects.

You can browse sounds by other categories such as Featured, Popular, New, etc. When you open a category, it lets you sort results by language as well. If you tap on any button, it starts playing the sound. Also, you can mark any sound as favorites. Then, it collects in the section called Favorites. 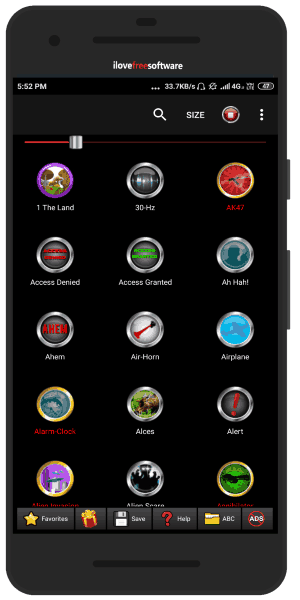 100’s of Buttons and Sounds 2 is another best soundboard app for Android. As the name suggests, the app has hundreds of button which produce different types of sound.

You can use the search bar in order to directly search for a particular button. There are sounds for the Alarm clock, Alert, Applause, Bike-bell, Blah, Bite, Duh and many more. Just by tapping on them, you can play different sounds at the same time. 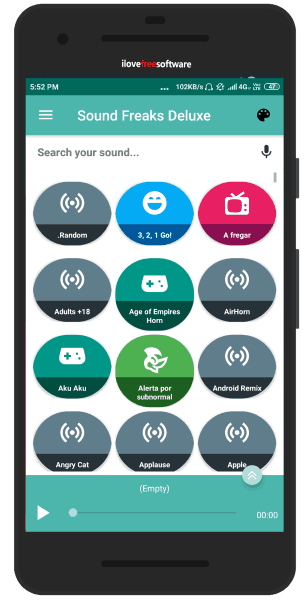 Sounds Freak Soundboard can be considered as one of the best soundboard apps for Android. Once you launch the app, it displays different sound buttons on the screen. Once you tap on the different buttons, it produces sound.

If you tap the menu option, it shows categories such as Memes, Celebrities, Anime, Cartoon, Films, Videogames, and other sounds.

The sounds can be set as phone ringtone, Alert, and Alarm. You can hide those sounds which you don’t like. Also, you can mark sounds as favorites.

Whichever category, you choose, it plays a sound even if you minimize the app. You can enjoy different types of sound effects using this app. 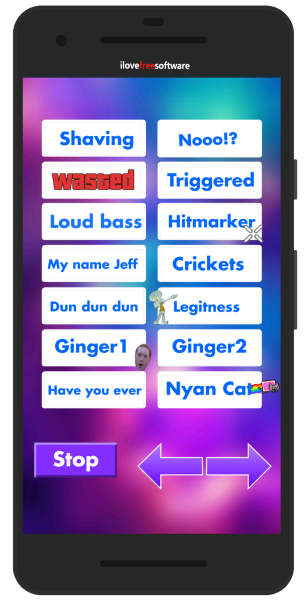 Once you open the app, you will see the titles of sounds. In order to listen to it, you can tap on any sound. A few of them have a GIF which displays on your phone screen. To browse more sound, you can go next and play meme sounds on this soundboard.

You must have played typical soundboards to produce music, rap, and beats. Here, using these fun soundboards, you can produce sounds that are hilarious to listen. There are dialogues, strange and fun sounds which you can play to prank people. By marking them as favorites, you can keep all your favorite sounds aside.