Hangouts is an official app by Google to get connected and communicate with friends and people online. It is available free for both Android and iOS. Hangouts was announced at this year’s I/O and it replaces Google’s old Messenger “GTalk”. With this, one can do instant chatting with a single person or in group.

It also allows to do video hangouts with up to 10 people at the same time. One can send photos and emoticons. You can even use Hangouts via Computer while others can use it on their smart phones and tablets. One can sync the data across multiple devices too.

So Cool!. The app provides you almost every medium to hangout with your friends; be it online chat, video chat, or free calls. Also, it makes the chat process even smarter by allowing you to send photos and beautiful emoticons.

It is a huge update from Gtalk and has lots of new features which we liked:

In spite of the above new features there are things missing which other Messengers have:

How to Get Google Hangouts App for Android:

Click here to download and install Google Hangouts app from Google Play Store. You can also scan the QR Code below and get the direct download link of the app. 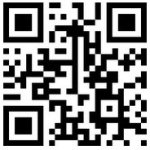 Time for scores, we really liked the application one of the main reasons is it being made by Google and also other features like ability to video chat with 10 people at a time. But it could still be made better by adding some missing features which we mentioned above, so we will give it 7/10.