This is a list of 3 best free software to unroot Android phone. These software can be used to easily remove root access from Android phone by simply connecting the phone to your PC. The best part about these unroot software is that no matter using which software or apps you have rooted your Android phone, they can always be used to unroot your phone. 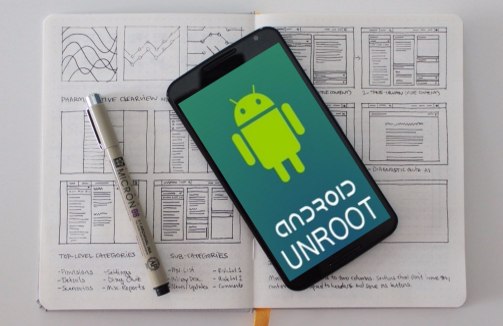 Now, let me show you how you can unroot Android phone on your PC.

How to Unroot Android Phone with KingoRoot:

KingoRoot is one of the best software to root Android phones. But, apart from letting you root your Android phone, it also allows you to remove root or unroot your phone with ease. To unroot, all you got to do is connect your rooted phone to PC and then KingoRoot will assist you to unroot it.

To unroot your Android phone with KingoRoot, simply follow the steps below.

Step 1: First, you need to download and install KingoRoot on PC. After that, simply connect your rooted phone to your PC via USB cable. Then it will ask you to allow “USB Debugging” so that the phone can be connected to KingoRoot. 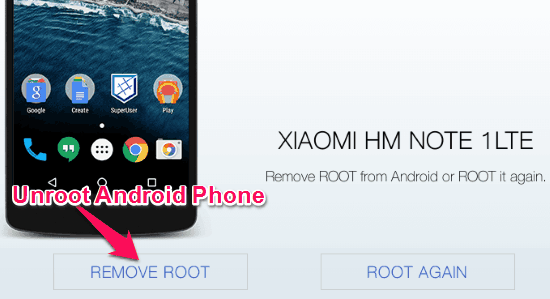 Step 2: Once you allow “USB Debugging”, the phone will connect to KingoRoot and you will be able to see two different buttons named, “Remove Root” and “Root Again”. Now, you need to hit the “Remove Root” button to start unrooting your phone. 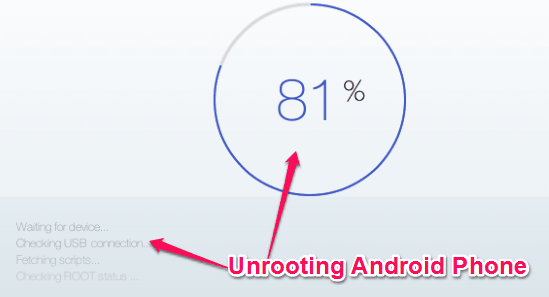 The “Root Again” button can be used to re-root your Android phone, if required.

Mobogenie is a free PC suite for Android which you can use to manage media files (like music, videos, pictures, etc.), install & uninstall apps, backup & restore data,  manage contacts, root Android phone, and more. Apart from being a perfect software to root an Android phone, it also offers an option to revoke the root access and unroot the phone.

Go through the steps below to unroot Android phones using Mobogenie.

Step 1: To get started, simply install Mobogenie on PC and connect the rooted Android phone to PC using a USB cable. After that, it will ask you to enable “USB Debugging” on your phone. Once you do that, your phone will be connected to Mobogenie and it will install the required client on your phone automatically. 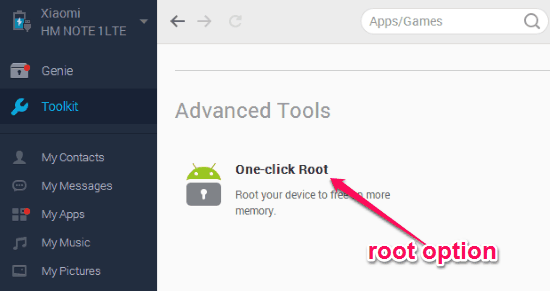 Step 2: After the phone is connected, simply click on “Toolkit” option on the left of Mobogenie interface. Now, under the “Advanced Tools” section there will be an option called “One-Click Root”, as shown in the above image. 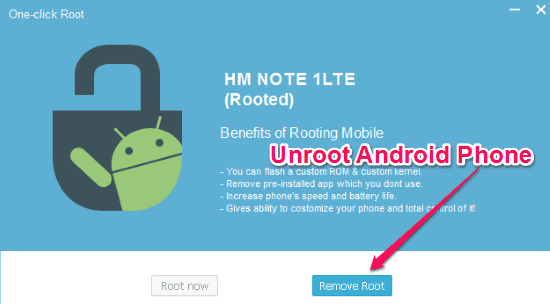 Step 3: Simply, click on the “One-Click-Root” option and it will open up a window where you will see a button named, “Remove Root”. Now, all you got to do is click on the “Remove Root” button to start unrooting your Android phone. 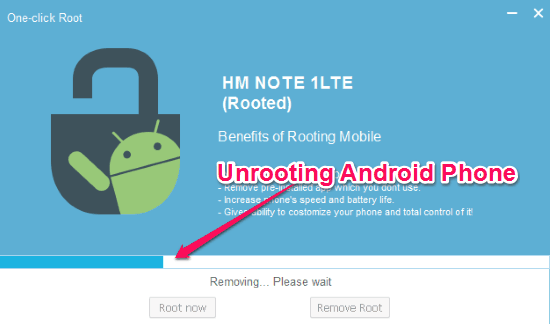 You can read the full review of Mobogenie from here.

How to Use iRoot to Unroot Android Phone:

iRoot is also a useful software that lets you easily unroot your Android phone. Similar to KingoRoot and Mobogenie, this one is also a decent software to root and unroot Android phones. You can simply connect your phone to iRoot on PC and then remove the root access with ease from your phone.

Follow the below steps to unroot Android phones with iRoot.

Step 1: Simply install and open iRoot on PC, and then use a USB cable to connect your rooted Android phone. Once you do that, simply allow “USB Debugging” on your phone to proceed. 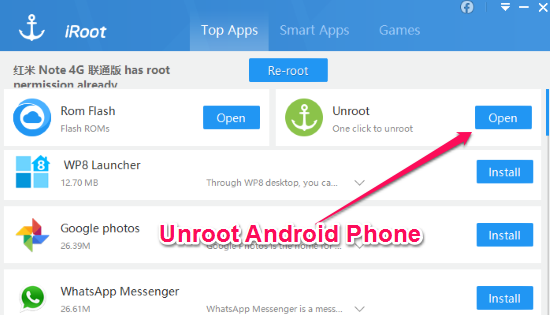 Step 2: Once your rooted phone is connected to iRoot, you will see an option named “Unroot” along with an “Open” button, as you can see in the above screenshot. 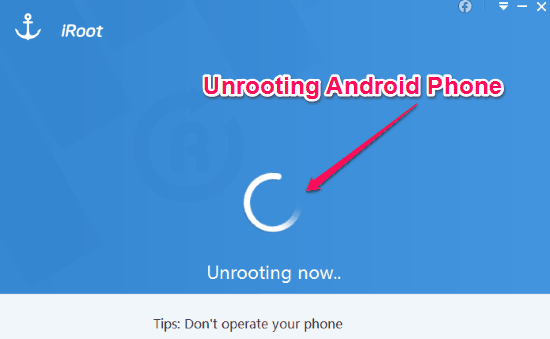