Dash Up! is a free Android tap game in which you have to dash the ball as high as possible. Since its a tap game, hence you have to keep tapping on the screen to make the ball keep dashing. If you stop tapping, the ball starts falling to the ground. The game is very similar to Flappy Bird in which you had to keep the bird flying.

The game also includes blocks, which serve as the obstacles and will try to stop the ball from dashing up. You have to avoid the blocks as well as make the ball dash in order to keep playing the game. The game has cool colorful background whose color keeps on changing whenever you play the game. The game is simple with no leaderboard. However, you can choose to share the score on Facebook and Twitter. 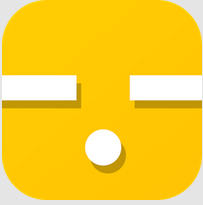 Gameplay of this Android Tap Game to Dash the Ball as High as Possible:

As I said, this is a simple game, so you don’t have to sign-up with the game. On launching the game, you will see the home screen of the app, as shown in the screenshot below. 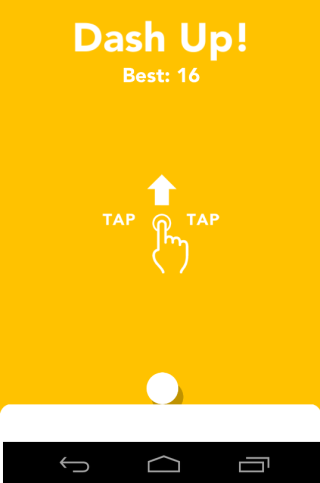 You have to tap on the screen in such a way that the ball goes through these blocks without hitting them. In case the ball hits the block, the game will be over instantly. It means you will have to start all over again. 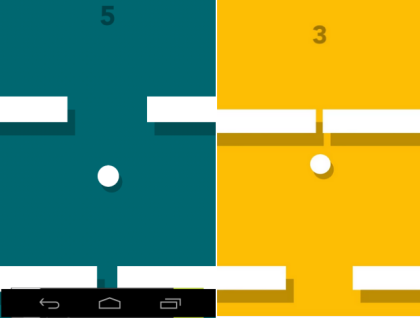 Tapping means ball will dash up, so if you don’t tap, the ball will start falling down. So, tap on the screen at when the ball can go through blocks. If there’s a situation when ball might hit the blocks, you should stop tapping on the screen.

You are awarded with 1 point per block passed, so your aim is to dash the ball as high as possible thus scoring maximum number of points. You can choose to share your share score on Facebook and Twitter. 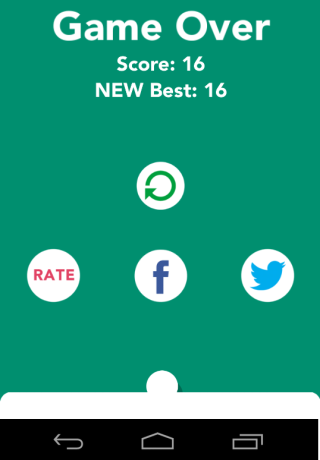 You may also like: Android Tap Game to Check How Fast You Can Tap.

Dash Up! is a really simple, easy to understand, but difficult to master and addictive Android tap game. The game is truly challenging and will keep you hooked to it. Do give it a try.

Get Dash Up! here.