Words & Numbers is a free Windows 10 Puzzle game app where you have to solve word-making, number solving, logic puzzles. In this puzzle game you get a grid of letters with some letters missing. Now you have to fill letters in the grid in such a way that proper words are formed horizontally as well as vertically. Basically every row and every column should have a actual word when filled up.

The Windows 10 puzzle game app can be downloaded from the Windows 10 store or from the link given at the end of this article. When you start the app for the first time you will see a interface as shown in the screenshot below. 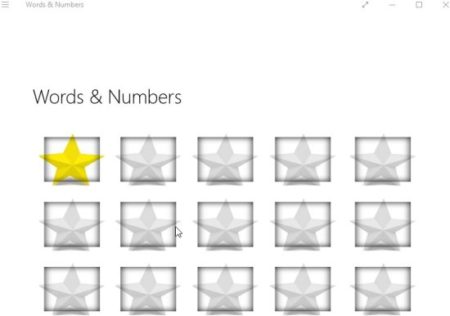 Above shown is the home screen of the app, which shows the 15 star levels it has for you to play. Each star level has 10 games inside, so you have lots of games to play. 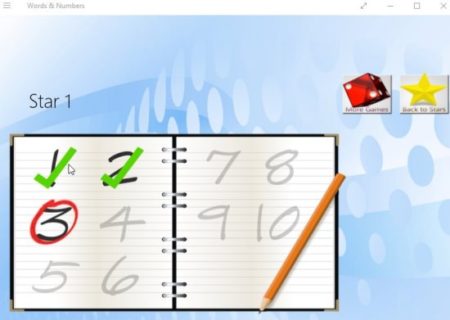 The above screen shot shows the games inside star 1. Start with the 1st game and upon completion go to the next one. The game board of this app looks like the screenshot given below. 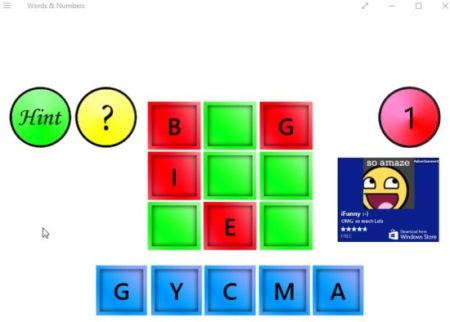 In the above screenshot, there is a word grid in the center of the screen with some letters already filled out. Now you have to choose letters from the Blue boxes and fill out the grid in a way that each row and each column form a word. Example of this is shown in the screenshot below. 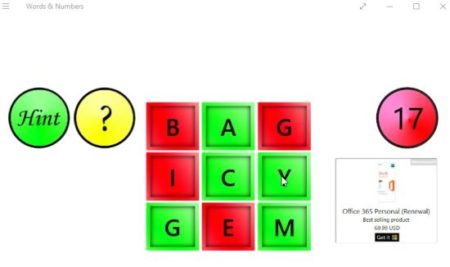 In case you are stuck you can use the hint button to take help. The timer on the right side of the screen shows you the time you took to solve a puzzle.

Words & Numbers is a fun puzzle game app where you have to put you mind to work as making words, or number solving, both require focus. The app offers lots of levels to play and enjoy. So put your mind to word and try out this puzzle game app.