The Windows 10 guess cartoon characters quiz game app can be downloaded from the Windows 10 store or from the link given at the end of this article. When you start the app you will come across an interface like the one seen in the screenshot below.

Click the play button shown on the screen to go to the level selection screen, as shown in the screenshot below. 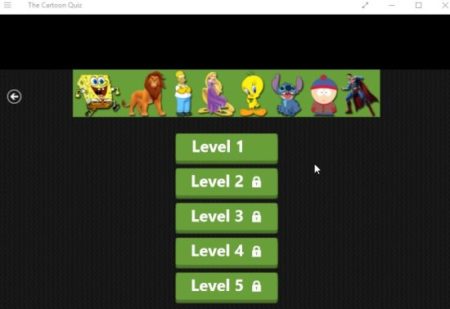 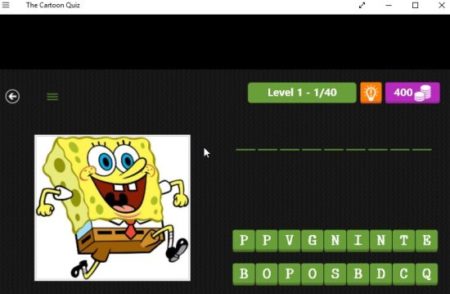 The cartoon character image would be on the left side. The right side would have blanks and random letters given, out of which you have to enter the name of the character. At the top of the screen you can see the level you are at and how many images are there in this level.

You can also see the number of coins you have. These coins could be used to buy hints for times when you are stuck. Each correct answer will fetch you 40 coins. The correct answer screen can be seen in the screenshot below. 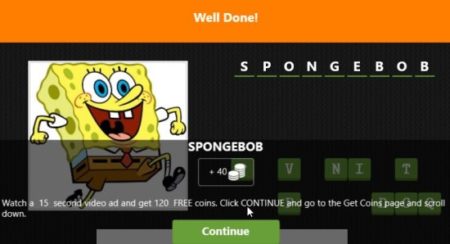 Then there is the hints button with the bulb icon. Each hint costs you coins. If you just want to expose a letter then it will take 20 coins, to solve the question you will have to spend 120 coins. The hints screen can be seen in the screenshot below. 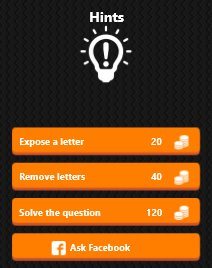 The Cartoon Quiz is a fun quiz as it has all your favorite cartoon characters and guessing most of them should be easy. You have seen most of these cartoons growing up, now your memory is put to test to see whether you remember the names of these characters or not.

Check out The Cartoon Quiz for Windows 10 here.