These software let you select the area on a photo from where you would like to remove objects. After you make the selection, these tools smartly detect the area around selected object to fill the area with correct colors. This will make your photo look like, it didn’t have unwanted objects that you removed.

If you have some idea about clone stamp tool, you can use these Online Clone Stamp Tools as well to remove objects.

Here Are The Best Software To Remove Objects From Photos, Free Of Cost: 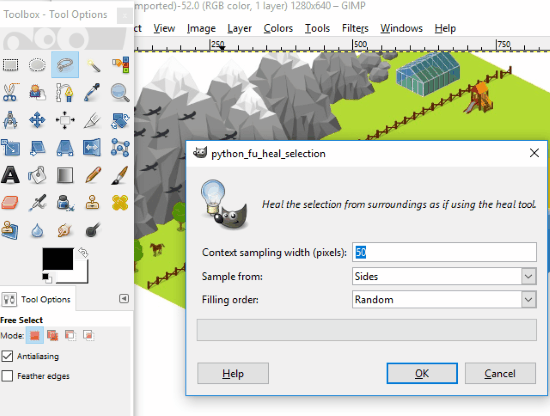 GIMP is a great opensource photo editor, and a free alternative to Photoshop. Unfortunately, GIMP does not have Photoshop’s Content Aware tool to remove objects from photos. But, you can remove objects in GIMP using this free GIMP plugin, Resynthesizer.

In this article, I will focus on how to get, install, and use Resynthesizer in GIMP to remove unwanted objects from pictures. You can read more about GIMP here.

If you have GIMP already running, restart it, or run GIMP if its not open. Now, for the next step, load the photo in GIMP from which you want to remove unwanted object. 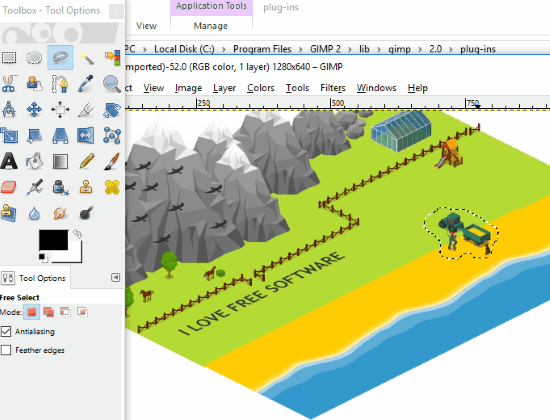 Now, use the Lasso tool (third tool from top in tool box) to select the object you want to remove/hide. This tool lets you select area on photo with freehand. Once selected, go to Filters > Enhance > Heal Selection. The Heal Selection tool almost works as Content aware tool of Photoshop.

Let the Content Sampling Width be 50. In the Sample from box, select Sides option, and select Filling Order as Random. When done, click Ok. 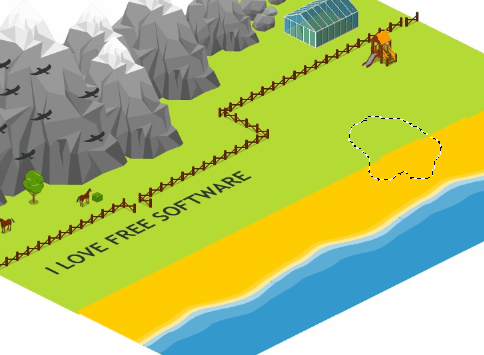 The object will be removed. This is how the processing went for the image used in the above screenshots. Now, if you want, you can carry out some more photo editing on GIMP. 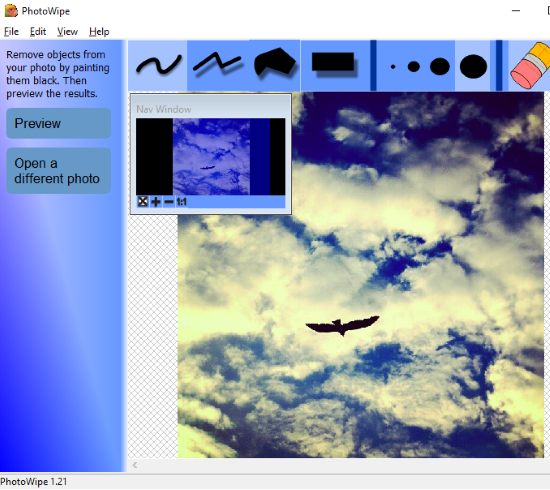 PhotoWipe is a dedicated tool to remove unwanted objects from pictures. To remove objects, all you have to do here is select the object and process it. There are several selection tools that you can use, such as brush, rectangle, and polygon. You can even select brush size according to object that you want to select.

In the above screenshot, you can see the picture I have loaded to fix. Here, I will try to remove the bird. After selecting the object, click on Preview button. 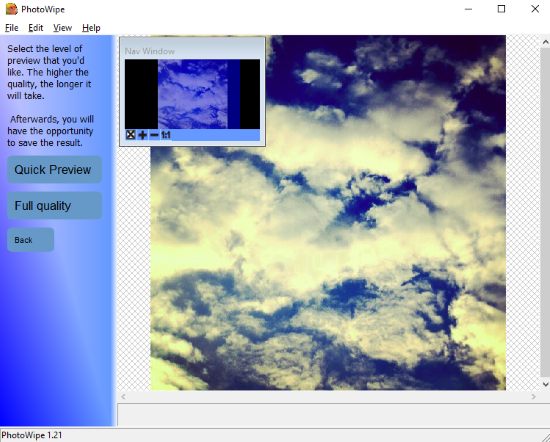 Now, you will have to click on the Quick Preview or Full Quality buttons to process image. After processing, you will get the option to save the photo on your PC.

So, these were the two software that can remove objects from photos for free on Windows. Although there are other tools that let you remove objects, like Clone Stamp tool, but you need to be a photo editing nerd to use them perfectly. These tools will be helpful for you to quickly remove unwanted objects without throwing in much effort.