Multitasking app for Android is a free app which presents you with a suite of floating apps for Android. These apps float over the screen and they are resizable and movable. Multitasking app keeps running in the background and provides you with a sidebar which you can use to launch the floating apps. Also each of the included apps can be used in full screen mode. In this app you get floating apps like calculator, maps, file explorer, camera, music player, voice recorder, calendar, and more. By using this app, you can use your Android device to multitask with ease and you don’t have to keep switching between windows. 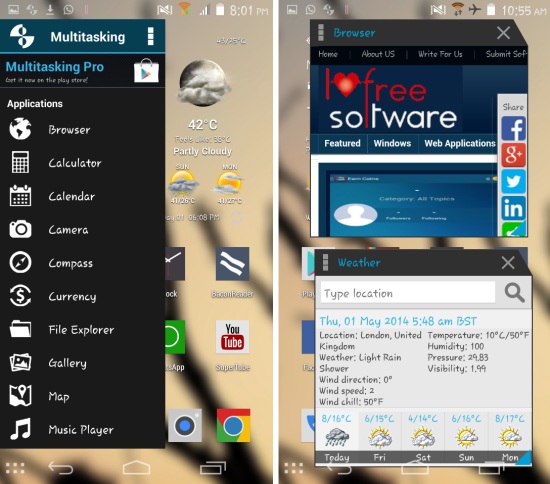 You can get Multitasking app from the link or QR code provided at the end of this review. After installation, launch the app and you will have the settings page in front of you with a short tutorial as seen here. You can start and stop the app by using the start/stop button. When multitasking is running, it will show a notification on top. To bring up the sidebar, simply swipe from the left edge to right. 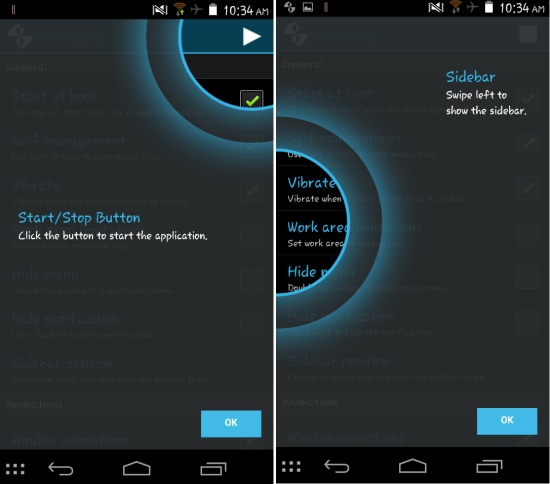 On swiping you will have the side bar as seen below with the collection of floating apps. Tap on any one of the app and they will be launched and start floating as seen below. You can also launch multiple apps together. Each of the floating windows can move in the screen and they can be re-sized. In the screenshot below, I have explained how to move a window around and re-size the window. Pressing on the menu button gives more settings of individual apps which include adding a new window of the same app, saving location on the screen, saving size, maximize, hide, and quit. These options on floating apps give you great control over the apps which are running and allow you to manage them with ease. 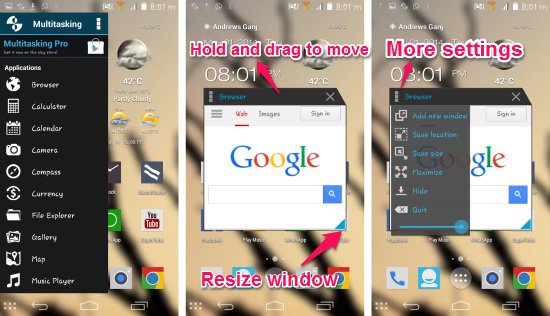 Below you can see that the browser window has been maximized making the app work just like any other app. In this manner, you can multitask by launching multiple apps and using them side by side. Also below you can see three apps are running side by side. Multitasking app for Android comes with lots of floating apps and also some games. You can even play Flappy Bird in this app. 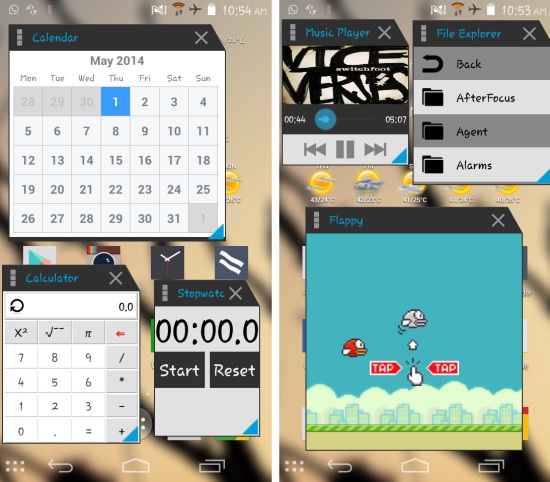 Settings in Multitasking app for Android:

Whenever you launch the app from the app drawer or from the notifications, you will be taken to the settings as seen here. From here you can change settings and manage behavior of the app. You can access and modify settings like media management, start at boot, position of the sidebar, manage animations, manage activation area, and more. 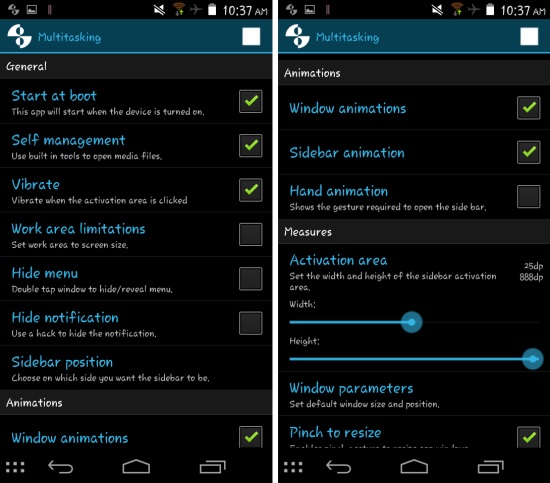 Although many floating apps have been released for Android, but Multitasking app for Android deliver a streamlined and integrated experience as a single app provides you with a collection of floating apps and games which can be conveniently launched for the sidebar.

Get Multitasking app for Android from here or scan the QR code below. 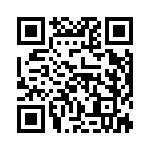