Cut the Ice is a free Windows 10 physics based puzzle game app where you have to cut the ice slabs to drop them on seals sitting under them. Sounds brutal, but its just a game. We have even killed pigs in the angry birds game. So instead of pigs there are seals in this game. The game is physics based because you have to cut the ice in such a way that all the seals on the game board are killed in a few moves only.

The Windows 10 physics based puzzle game app can be downloaded from the Windows 10 store or from the link given at the end of this article. When you start this game app you will come across a screen as shown in the screenshot below. 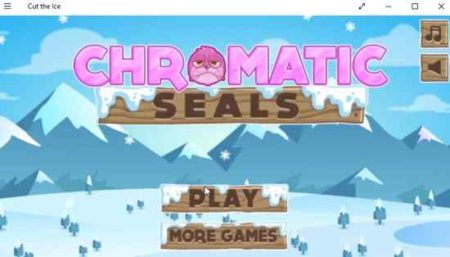 On this page click on the play game button and you will be taken to the level selection screen, as shown in the screenshot below. 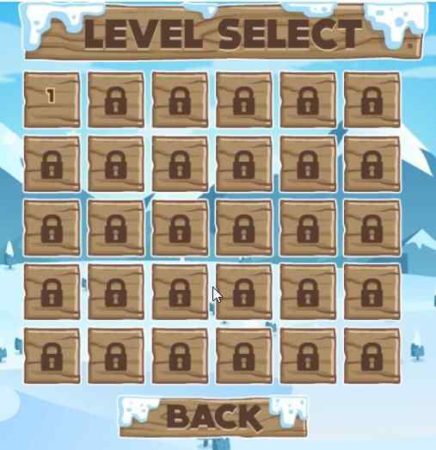 Start with level one as all the other levels are locked. You can make your way through other levels by successfully completing the previous levels. When you click on the level one tile, the game play screen will come in front of you as displayed in the screenshot below. 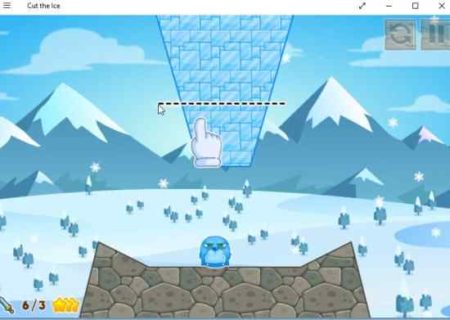 The first 2 levels you will see a white colored hand symbol guiding you through the level. After that you are on your own in figuring out how to clear the level. You have to cut the ice slab over the seal in a way that it falls on the seal. The level up screen is shown in the screenshot below. 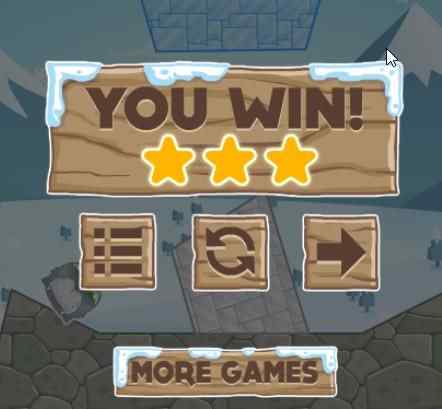 If you complete the game in less number of moves you get 3 stars otherwise you will get less stars. So getting three stars in all the levels is your goal. After a couple of levels you also get seals in different colors. 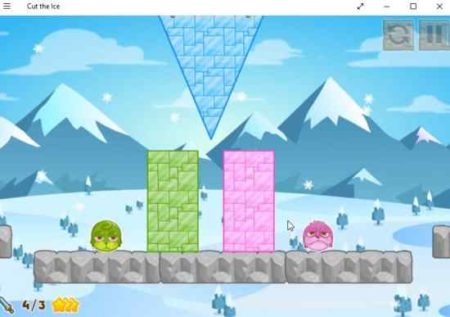 Now you have to make sure that same colored ice falls or touches the same colored seal to eliminate the seals. The game does get pretty challenging after a few levels. So don’t think its a easy game. In case you are not able to complete a level, you can press the reset button on top of the screen and restart the level.

You can see the complete Gameplay of this game here:

Features of this Windows 10 physics based puzzle game app:

Cut the Ice is a fun game app for Windows 10, you feel bad for the poor seals, but at the end its all a game. You have to assume which way the ice will fall so that it lands at the right place. That is why we call it a physics based game. Some levels might seem like impossible to complete, but a few tries and you will be able to make it through.

Check out Cut the Ice for Windows 10 here.