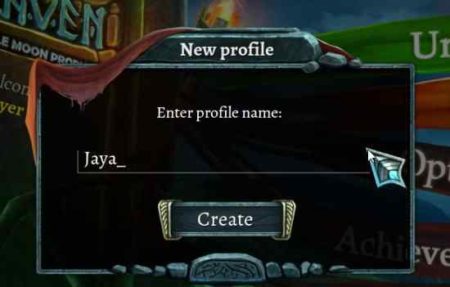 After this you will be taken to the home screen with buttons to play, options, see achievements list, etc. as can be seen in the screenshot below. 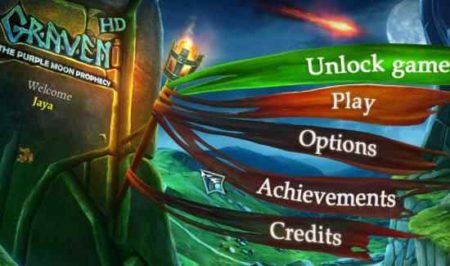 Click on the play button to start the game. You will now be shown the difficulty level page where you can select how hard or easy you want the game to be. Casual would be the easiest to start with, then advanced is medium difficult and expert is the hardest. 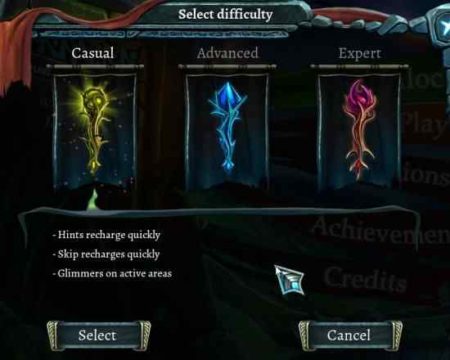 After this selection you start the game with a video which will narrate to you the story of the Graven. You will come to know how the evil power was locked up for good and how its trying to make its way back into the world.

Then you are introduced to Brittany the archeologist who is supposed to stop the evil from getting release in to the world. Then you get to play the game, where you find yourself in a town and you now you have to find your way around. Discover clues, solve puzzles, etc. One of the room scenes is shown in the screenshot below. 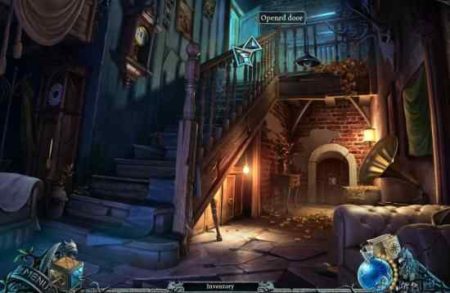 You can move around the room find clues, pick up clues which can be used later and solve puzzles to move ahead. 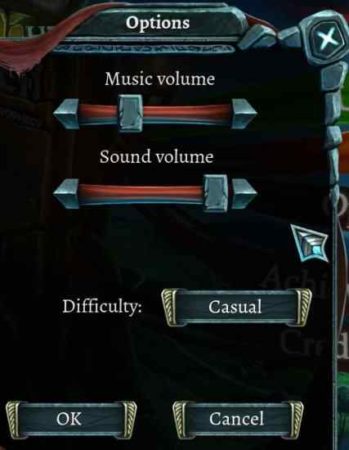 The settings menu of the game allows you to increase or decrease the music and sound volume according to your choice. The selected difficulty level is also displayed here and can be changed from here as well.

Graven The Moon Prophecy is a awesome game for people who love mystery, adventure games. The graphics and sound of the game are equally awesome. Once you start playing the game you wouldn’t feel like stopping. Do give this game a try and help the mystery unfold.

Check out Graven The Moon Prophecy HD for Windows 10 here.