The Windows 10 ball game app can be downloaded from the Windows 10 store or from the link given at the end of this article. When you start the app for the first time you will see a interface as given in the below screenshot. 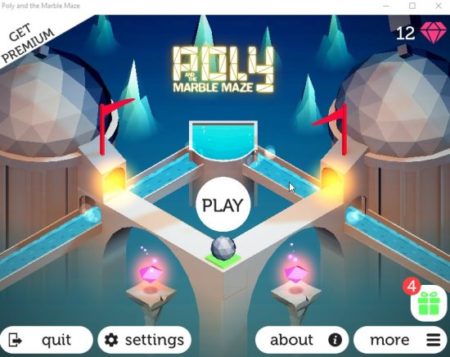 As you can see in the screenshot above, to start the game press the play button in the center of the screen. The settings option allows you to turn the sound/music on or off. The graphic of the game can also be tweaked a bit if you want.

Clicking on the play button will start the game for you. The below screenshot shows the game board of this game app. 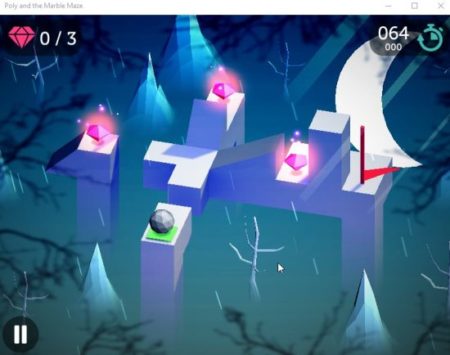 The ball Poly is at starting point from where you have to guide it to collect all the three crystals and then reach the red flag to complete the level.

Use WASD keys to move forward, back, and on to sides. Space key to jump.

Its a nice, fun game app to play when you are getting bored. I think even kids would love this game as it is so simple to play with out any complicated game controls. You can use your keyboard, mouse, and touch function to play this game. Just keep rolling the ball through this beautiful maze and collect all the crystals to keep moving up the levels.

Check out Poly and the Marble Maze for Windows 10 here.