2 Cars is a free iPad brain puzzle game to control 2 cars at the same time. The game tests your concentration skills to a high extent and posses a great challenge for you to clear the game. To make things even more interesting, you also need to avoid the obstacles and collect the circles while controlling both the cars.

The game has no life based system and your game gets over just when you commit your first mistake in the gameplay. You can say that this game is like the do or die concept. Apart from this addictive gameplay, the game also has a global leaderboard where you can compare your score with players around the corner. 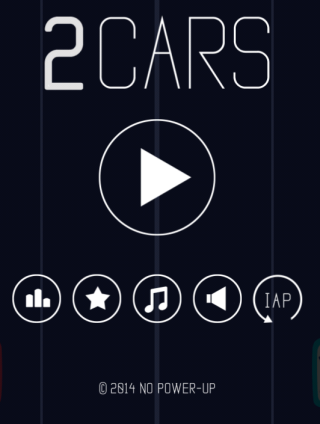 Gameplay of this iPad Brain Puzzle Game to Control 2 Cars at Same Time:

When you have downloaded the 2 Cars game on your iPad, launch it to get the welcome screen. You need to tap on the play icon to start playing the game.

The game play of the game is very simple yet addictive. On starting of the game, you will see the two cars, Blue and Red, on the screen which will moving automatically. You can see that the screen has 4 lanes. You only have to control the car by making it drive on the correct lane which you can do by tapping on the lane in which you want the car to drive. 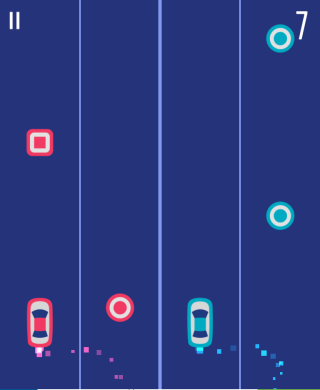 You can also see that these lanes also have square obstacles and circle points. You have to make sure that your cars collect theses circles and avoid the obstacles. You earn 1 point per circle collected and your aim is to collect maximum number of circles, as this is an endless game. 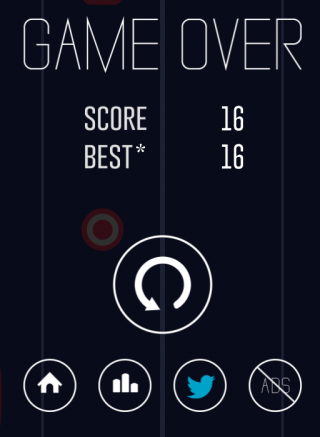 You can’t afford to miss even one circle or to hit the obstacle. If you end up doing one, then game will be over instantly. You can then replay the game as many times as you want.

The last part of the game is to check the leaderboard which you can do by tapping on the icon. 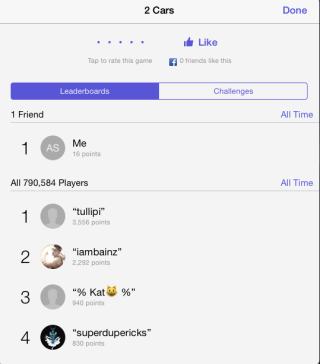 You may also like: 5 Free Car Racing Game for Android.

2 Cars is an awesome and addictive iPad arcade game which tests your concentration skills to the utmost level. I really loved the game and enjoyed its challenging gameplay. Do give this game a try, you will love it.