Here are 5 free Android apps to add cartoon effects to photos. You can use these apps to turn your normal photos into something interesting by adding different cartoon effects. They offer dozens of stylish effect which you can apply to your photos with ease. To do that, all you gotta do is open the apps, select a photo, and tap on the effect. The effect will now get applied and you can proceed to customize it by changing the intensity, brightness, contrast, etc.

Most of these apps also come with a crop tool such that you can remove the unnecessary parts from the photo before applying the cartoon effect. When you’re done adding the effect, you can save and share the photos for free. If you want to make your photos look more stunning and stand out in social media or anywhere you want, then try other effects as well like Tilt-Shift, Vintage, Color Splash, Vignette, etc. 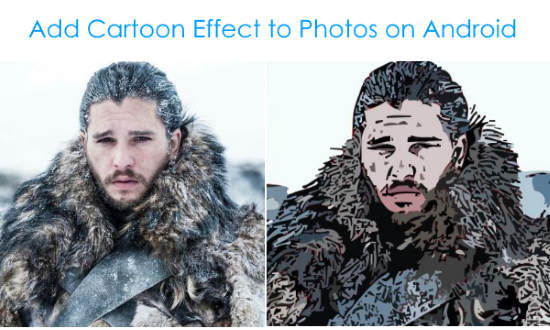 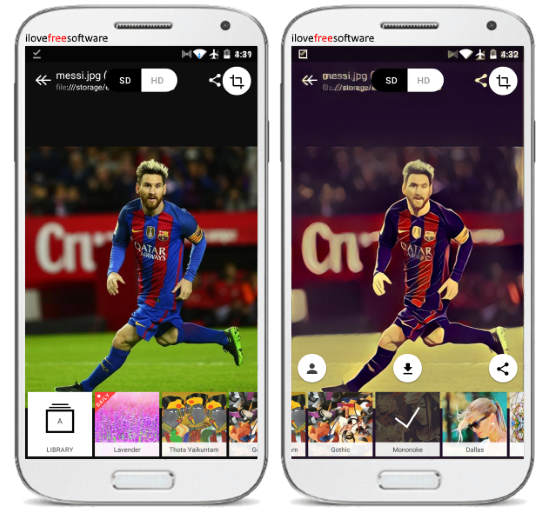 Prisma Photo Editor is one of the best free Android apps to add cartoon effect to photos. This app offers dozens of stunning cartoon effects such as Gothic, Mononoke, Dallas, Mosaic, Surf, and so on. You can simply import a photo from your gallery or take a fresh one using the app’s camera. It lets you crop the photo if you want. After that, you can see the cartoons effects at the bottom and choose anyone you like. Once you do that, the cartoon effect will be applied to the photo. You can change the intensity of the effect by sliding your finger on the screen back and forth. Then you can share and save the output photo for free. 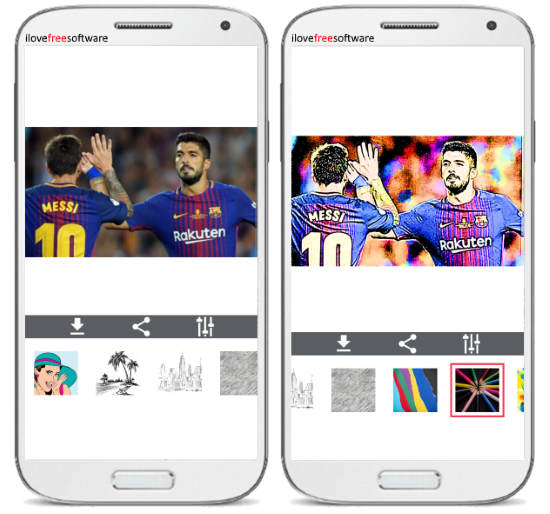 Cartoon Photo Maker is another free app for Android which allows you to easily apply cartoon effect to your photos. This app exhibits more than 10 visually appealing cartoon effects like Crayon, Color Pop Art, Pastel, Drawing, and more. It lets you take a new photo or import an existing one from your phone to apply the effect. This one also has an option to crop the photos. You can see the effects at the bottom of the screen and add anyone you like by tapping on it. After applying the cartoon effect, you can adjust other parameters like hue, saturation, brightness, etc. When you’re done with the photo, you can save it to your gallery. 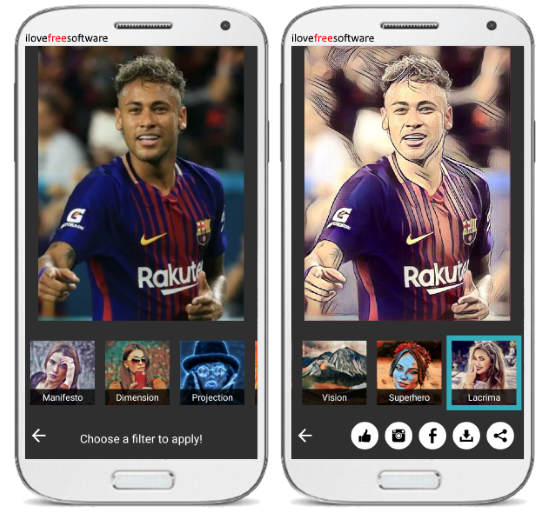 ArtistA Cartoon is another simple and useful Android app that can help you add cartoon effects to your photos with ease. There are more than 50 amazing cartoon effects available like Dreams, Galaxy, Forest, Aviator, Shamrock, Departure, etc. which you can use on your photos. To get started, simply open the app and then choose a photo from the gallery. You can also take a new photo and crop it in any ratio you want. Then it will show you the cartoon effects at the bottom among which you can select anyone you like by tapping on it. Once you do that, the effect will be applied to the photo and you can change its intensity by sliding your finger to the left or right on the screen. After you’re done editing, you can save and share the resulting photo for free. 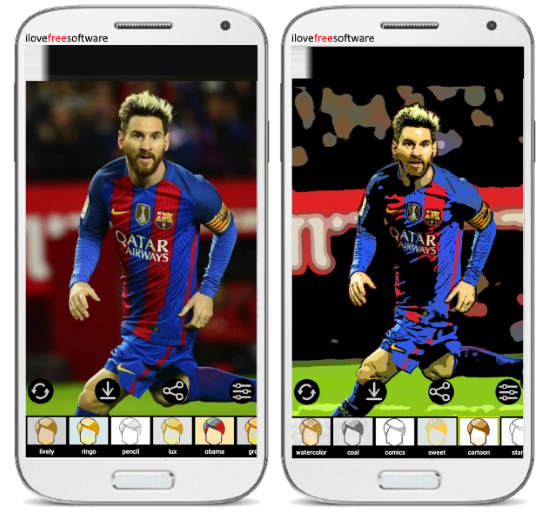 Cartoon Photo Editor is also a free app using which you can easily apply cartoon effect to your photos on Android. This app comes with around 30 stylish cartoon effects to make your photos look great. After opening this app, you can choose a photo from gallery and then proceed to add the effect. Apart from photos, this app can also help you add cartoon effects to your videos. The effects are visible at the bottom and you can tap on any effect to apply it instantly. You will also find the option to change the hue, saturation, and brightness of the cartoon effect. When you’re all set, you can easily share the resulting photo with others or save it. One of the unique features of this app is that it allows you to apply the cartoon effect in real-time to the photos you take using the app’s camera. 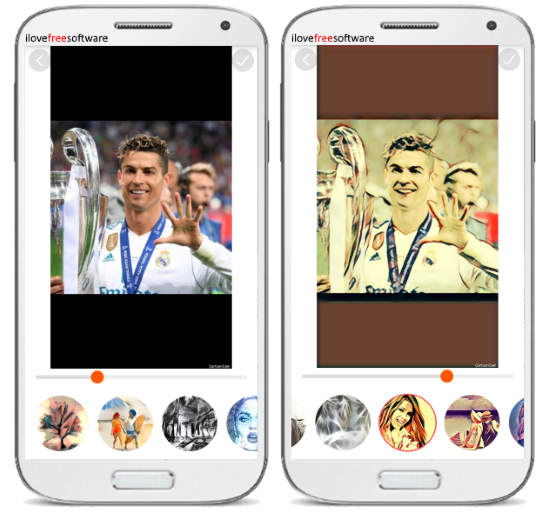 Cartoon Art Pics Photo Editor is the last Android app in this list which comes with an easy option to add cartoon effect to photos. This app has a collection of 30+ stunning cartoon effects which are completely free to use on your photos. To add the effect, open the app, choose a photo or capture a new one using the built-in camera. When you select the photo, the editor will open and you can see the effects at the bottom of the screen. Now, tap on any of the effects to apply it to the photo. You can also change the effect intensity by dragging the slide visible on the editor. Once done, save or share the photo with others.